Chris Harrison is an American television and game show host. He shot to fame when he hosted the ABC TV reality dating show ‘The Bachelor’ in 2002. The show, which aired its 24th season from January to March 2020, became a massive hit and paved way for several spinoffs. Two of them, ‘The Bachelorette’ (renewed for sixteenth season) and ‘Bachelor in Paradise’ (renewed for seventh season) are still running with Harrison as their host. Aside from hosting the dating series, he has hosted a number of other shows like ‘Miss America Pageant’ and ‘Designers' Challenge’. He also took up the hosting responsibilities for the nationally syndicated game show, ‘Who Wants to Be a Millionaire?’ for which he earned the ‘Emmy’ nomination twice for best game show host. In 2015, he turned author and penned a book titled ‘The Perfect Letter’. 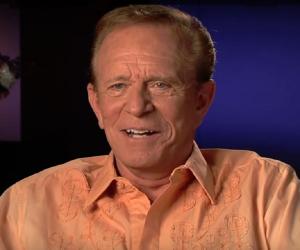 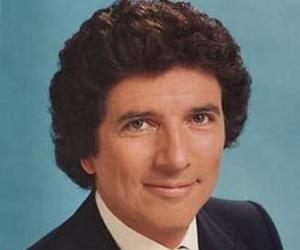 American People
Male Media Personalities
American Media Personalities
Leo Men
Career
Chris Harrison’s first hosting job came while he was still in Lake Highlands High School. In the talent show, he was the MC (Master of Ceremonies) and explored his comedy skills. While studying at Oklahoma City University, he was recruited by OCU’s associate athletic director, Chris Wyche, to do play-by-play or the University’s basketball games. The games aired on CBS affiliate KWTV Channel 9 in Oklahoma City. During this time, he also covered hard news like the unfortunate bombing of the city’s Alfred P. Murrah Federal Building in 1995. Towards the end of the decade, he started working as an anchor for horse racing network, TVG. This was followed by hosting stints in shows like ‘Designers' Challenge’ on HGTV, ‘Mall Masters’ on GSN and ‘Hollywood 411’ on the TV Guide channel, now rebranded as Pop.
In 2002, he made a guest appearance as a music show host in ABC’s television series ‘Sabrina the Teenage Witch’. The year also saw him landing the most important show of his career ‘The Bachelor’. The ABC’s reality show became an instant hit and resulted in a number of popular spin offs in successive years - ‘The Bachelorette’ (running since 2003), ‘Bachelor Pad’ (2010-2012), ‘Bachelor in Paradise’ (running since 2014) ‘Bachelor in Paradise: After Paradise’ (2015-2016), ‘Bachelor Live’ (2016), ‘The Bachelor Winter Games’ (2018) and ‘The Bachelor Presents: Listen to Your Heart’ (2020). ‘The Bachelor’ itself has had 24 seasons since the time it first aired, the last one being in January-March 2020. Chris Harrison became the face of reality dating.
Other than hosting the dating and relationship series for ABC, Harrison presented a variety of other shows. He served as the presenter for ‘Miss America’ pageant for several years (2011-2017) and co-hosted ‘American Music Awards’ pre-show live on ABC (2008). In 2015, he joined Disney-ABC’s syndicated version of ‘Who Wants to Be a Millionaire’ and continued as its host from 2015 to 2019. For his hosting in the game show, he received the prestigious ‘Emmy’ nominations for Best Game Show Host in 2018 and 2019. Talking about Emmys, he has also hosted the ‘Emmys Red Carpet Live’ a couple of times.
Harrison has also appeared in television series, movies and talk shows like ‘Single Parents’, ‘Hot in Cleveland’, ‘Date Movie’, ‘Celebrity Page’, ‘Entertainment Tonight’, ‘The Ellen DeGeneres Show’, and ‘Jimmy Kimmel Live!’. He has lent his voice for animation comedy movie ‘Charming’ and worked for a television commercial for Hulu TV.
In May 2015, Harrison’s authored first book ‘The Perfect Letter’ was published by Harper Collins. Though the book did not draw appreciation from critics, it received positive responses from his fans.
You May Like

The Best Black Actresses Of All Time
Continue Reading Below
Family & Personal Life
Christopher Bryan Harrison was born on 26th of July 1971 in Dallas, Texas, to Mary Beth, a real estate agent and Steve Harrison who worked at a clothing store, Ken’s Man’s Shop in Garland. He has an older brother, Glenn Harrison. In their growing years, the two brothers were immensely involved in sports like hunting, fishing, baseball and soccer. He did his initial schooling from Lake Highlands High School, and then later joined Oklahoma City University on soccer scholarship. He completed his graduation in 1993 with a degree in mass communication.
Around the same time, he married Gwen Jones, who he knew from his college. The couple have two children Joshua and Taylor. After 18 years of married life, the duo decided to part ways in 2012; however, they continue to remain friends and share the custody of their kids. He is currently in relationship with Lauren Zima, the host on ‘Entertainment Tonight’. She also reports on Harrison’s show, ‘The Bachelor and The Bachelorette’, and on her own show ‘Roses and Rose’.
His love for soccer continues as he spends a lot of his spare time playing the sport. He has developed a great liking for golf too. He also loves spending his spare time with his two children. 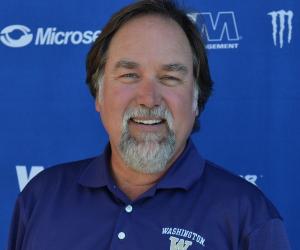 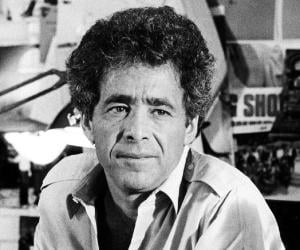