Advanced Search
Brett Somers, born as Audrey Dawn Johnston, was a Canadian-American actress, singer as well as game-show personality. She was best known for appearing as a panellist on the CBS game show titled ‘Match Game’ and for playing the recurring role of Blanche Madison on the TV show ‘The Odd Couple’. She was also famous for portraying the character of Siress Belloby on the series ‘Battlestar Galactica’. Besides these, Somers did several other small screen projects as well. Her other TV works include shows like ‘Love’, ‘The Defenders’, ‘Ben Casey’, ‘The Love Boat’, ‘The Fugitive’ and ‘The Mary Tyler Moore Show’, to name a few. Starting her career in theatre, she did the plays ‘Maybe Tuesday’, ‘The Seven Year Itch’, ‘Happy Ending’ and ‘The Country Girl’. The Canadian-American actress had also worked in a handful of films such as ‘Bus Riley's Back in Town’ and ‘A Rage to Live’. Coming to Somers’ personal life, she married twice and gave birth to three children. Her second marriage was with the famous Hollywood actor Jack Klugman whom she divorced in 1977. She passed away on September 15, 2007 at the age of 83. American Celebrities
American Women
Cancer Actresses
American Actresses
Female Game Show Hosts
Career
Brett Somers started her career in theatre and proceeded to do many television programs like ‘The Philco Television Playhouse’, ‘Playhouse 90’, ‘Kraft Television Theatre’ and ‘Robert Montgomery Presents’. She also did the plays ‘The Seven Year Itch’, ‘Happy Ending’ and ‘The Country Girl’. The actress was then cast in films like ‘Bus Riley's Back in Town’ and ‘A Rage to Live’.
In the late 1960s and early 1970s, she made several appearances on television shows including ‘American Style’, ‘Love’, ‘The Defenders’, ‘Ben Casey’, ‘Have Gun Will Travel’, ‘The Love Boat’, ‘CHiPs’, ‘The Fugitive’, ‘Barney Miller’ and ‘The Mary Tyler Moore Show’. Talking about Somers’ recurring roles, she played Blanche in the ABC sitcom ‘The Odd Couple’ and Siress Belloby on the series ‘Battlestar Galactica’. She also played the role of Gertie on the short-lived revival series ‘The New Perry Mason’. Somers was also famous for appearing as a panellist on the CBS game show ‘Match Game’ in which she used to wear enormous eyeglasses and fashionable wigs.
She also appeared on CBS's ‘The Early Show’ along with Betty White and Charles Nelson Reilly as part of the ‘Match Game’ reunion. She and Reilly even appeared on ‘Hollywood Squares’ in the early 2000s. During 2003-04, Somers did the cabaret show titled ‘An Evening with Brett Somers’. In the year 2006, she was an interviewee on ‘The Real Match Game Story: Behind the Blank’. During that time, she also hosted ‘Match Game DVD’. The same year, she did ‘PBS Match Game’ as well.
Recommended Lists:

Women Media Personalities
American Media Personalities
Women Film & Theater Personalities
American Female Media Personalities
Continue Reading Below
Personal Life
Brett Somers was born as Audrey Dawn Johnston on July 11, 1924 in New Brunswick, Canada. At the age of 18, she ran away from her home to pursue an acting career. She changed her name to ‘Brett’ and settled in Greenwich Village. Later on, she moved to New York and married Robert Klein. The couple had a daughter, Leslie, who died in 2003 due to cancer. In 1953, Somers married Jack Klugman and gave birth to sons Adam and David. The couple divorced in 1977. In the year 2004, the actress was diagnosed with stomach and colon cancer. After fighting the disease for a few years, she finally died on September 15, 2007, at the age of 83.
Recommended Lists: 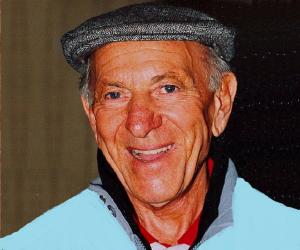