Jean Dorothy Seberg was an American actress best known for her performance in films, such as ‘Breathless’, ‘Paint Your Wagon’, and ‘Gang War in Naples’. Born in Marshalltown, Iowa, US, she began her film career when she was nineteen. Her first role was in the British American film ‘Saint Joan’. The film was an adaptation of Bernard Shaw’s play of the same name, based on the life of the famous French warrior Joan of Arc. Seberg portrayed the title role of Joan. The film received a lot of criticism due to historical inaccuraracies. Over the next few years, she appeared in films such as ‘Breathless’ and ‘In the French Style’. She played the lead role in the film ‘Moment to Moment’, where she portrayed an adulterous married woman. She also played an important role in the Oscar winning film ‘Airport’. Her flourishing career was cut short by her untimely death—she passed away in 1979, at the age of 40. Her death had been ruled as a probable suicide. At the time of her death, she was working on the film ‘La légion saute sur Kolwezi’, also known as ‘Operation Leopard’.
Continue Reading Below American Celebrities
American Women
Iowa Actresses
University Of Iowa
Scorpio Actresses
Childhood & Early Life
Jean Dorothy Seberg was born on November 13th, 1938. Her mother Dorothy Arline was a teacher by profession and her father Edward Waldemar Seberg was a pharmacist. Her family is of Swedish, German and English ancestry. She had one sister and two brothers.
She attended the University of Iowa where she initially studied dramatic arts before taking up movie making. 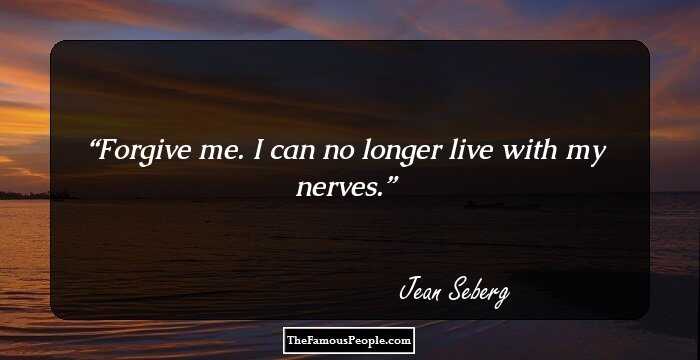 The Best Black Actresses Of All Time
Career
When Jean Seberg was in her late teens, she was offered the lead role in the 1957 film ‘Saint Joan’. The film was an adaptation of a play of the same name by the famous playwright George Bernard Shaw. The movie was directed and produced by Otto Preminger. The film received criticism for several reasons, not only because of Seberg’s poor performance, but because of historical inaccuracies as well.
She next played a supporting role in Otto Preminger’s ‘Bonjour Tristesse’. Seberg once again received terrible reviews for her performance. However, she continued her acting career. Her next film was ‘The Mouse That Roared’, where she played a main role. The film was directed by Jack Arnold and turned out to be a commercial success.
Seberg earned appreciation for her role in the 1960 film ‘Breathless’. Directed by Jean-Luc Godard, the film was a huge hit and gained a lot of popularity. It was also a commercial success. The same year, she also acted in the American film ‘Let No Man Write My Epitaph’.
During the 1960s, she gained attention for movies, such as ‘Lilith’, (1964), ‘Moment to Moment’ (1966), ‘Line of Demarcation’ (1966) and ‘A Fine Madness’ (1966).
In 1969, she appeared in the film ‘Paint Your Wagon’, which was the only musical film of her career. The film was directed by Joshua Logan. Though the film was a commercial success, it mostly received negative reviews.
She next appeared in the 1970 Oscar winning film ‘Airport’ in a supporting role. The film was directed by George Seaton. It was a commercial success, and also won several significant awards including one Academy Award and one Golden Globe Award. The story focused on an airport manager who was trying to keep his airport open during a snowstorm, while in the meantime a suicide bomber was planning to bomb an airliner during its flight.
She appeared in several films in the 1970s, such as ‘Gang War in Naples’ (1972), ‘The Corruption of Chris Miller’, (1973) ‘The Big Delirium’ (1975), and ‘The Wild Duck (1976). At the time of her death in 1979, she was working in the film ‘La légion saute sur Kolwez’, also known as ‘Operation Leopard’. 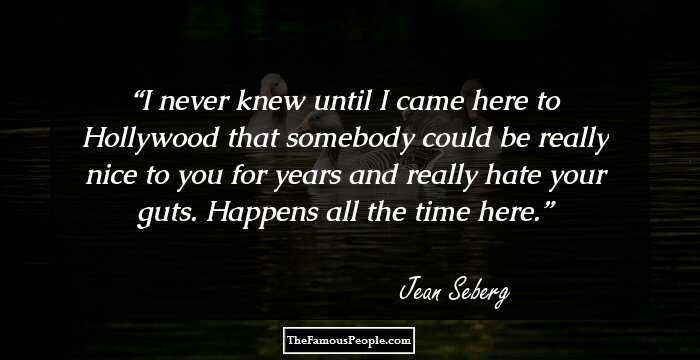 Major Works
‘Breathless’, a 1960 French film can be regarded as the first successful work in Jean Seberg’s career. Directed and written by Jean-Luc Godard, the story focused on the life of a wandering criminal and his girlfriend. The film is considered to be a good and influential example of ‘French New Wave’ cinema. The film was not only a commercial success, but also earned critical acclaim. The film included actors Jean-Paul Belmondo, Daniel Boulanger and Henri-Jacques Huet in addition to Jean Seberg. It won two awards.
Continue Reading Below
The Oscar winning film ‘Airport’ is another one of the most significant films in Seberg’s career. Written and directed by George Seaton, the film was based on a novel of the same name by Arthur Hailey. The film was a commercial success, grossing more than $100 million on a budget of $10.2 million. The cast also included Burt Lancaster, Dean Martin, Jacqueline Bisset and George Kennedy. The film received mixed reviews, but was awarded with an Oscar, along with a few other awards.
Awards & Achievements
In 1965, Jean Seberg was nominated for the Golden Globe Award for Best Actress for her role in the 1964 film ‘Lilith’. 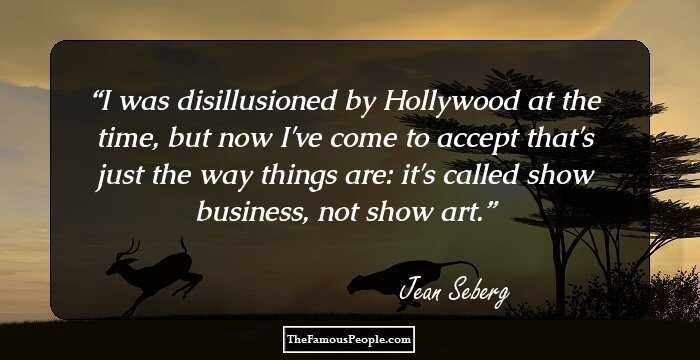 Quotes: Art
Personal Life
Jean Seberg married Francois Moreuil, a French Lawyer, in September 1958. They divorced in 1960.
She next got married to Romain Gary, a French diplomat, novelist and filmmaker. They had one son, Alexandre Diego Gary. They too divorced after two years.
She was later romantically involved with Carlos Ornelas Navarra, a student revolutionary. She gave birth to his daughter on 23rd August 1970. However, the baby died after two days.
Her third marriage took place in 1972 with American actor and filmmaker Dennis Berry. However, the couple separated later and she became involved with a man named Ahmed Hasni.
She had provided financial aid to several civil rights groups, including the Black Panther Party, a revolutionary socialist group. This triggered the FBI to strongly suspect her and start a defamation campaign against her. They created several fake stories to harass and defame her, which could have possibly led to her suicide.
Death
Jean Seberg mysteriously disappeared on the night of 30 August 1979. Her decomposing body was found after nine days in her car, wrapped in a blanket. The police also found a bottle of barbiturates and an empty mineral water bottle along with a suicide note. Though her death was ruled as a probable suicide, the police suspected several people of having a hand in her death.
Her second husband called a press conference shortly after where he blamed the FBI campaign against her for her suicide as her mental health had completely deteriorated following the campaign.

Quotes By Jean Seberg | Quote Of The Day | Top 100 Quotes

See the events in life of Jean Seberg in Chronological Order