(Queen of the Indies)
Advanced Search

Parker Posey is an acclaimed American actress who has appeared in dozens of films over the course of her career, besides her appearances on television. She is well-known for her roles in the sitcoms. She is adept at playing the mandolin and she has also sung with aplomb, with her ex-boyfriend, Ryan Adams, in a number of albums. During the initial phase of her life, she wanted to become a professional ballet dancer but when she was declined a dance program at the North Carolina School of the Arts, she opted for an acting career at the behest of a faculty member at the North Carolina School of the Arts. Though she has appeared in a number of lead roles, she has evinced equal interest in playing supportive roles too. Within five to six years in the film industry, she had already worked in over 30 odd projects and set a benchmark for other upcoming actresses in Hollywood. Apart from her good looks, Posey is also known for her quick-wit and sense of humor, although the latter did land her in trouble occasionally. She has worked in a variety of genres including Indie, horror, and comedy and continues to enthrall audiences with her captivating persona.
Continue Reading Below

American People
American Women
Maryland Actresses
Scorpio Actresses
American Actresses
Childhood & Early Life
Parker Christian Posey was born on November 8, 1968 to Lynda, a chef and Chris Posey, the proprietor of a Chevrolet dealership.
Her father named her after the 1950s model, Suzy Parker, whom he admired. Her grandmother gave her the nickname “Missy” to avoid taunts by fellow students at school.
She has a twin brother, Chris. She studied at R. H. Watkins High School in Laurel, Mississippi.
She enrolled at the State University of New York at Purchase, where she majored in drama. Sherry Stringfield and Orlagh Cassidy, the popular actresses, were her room mates. 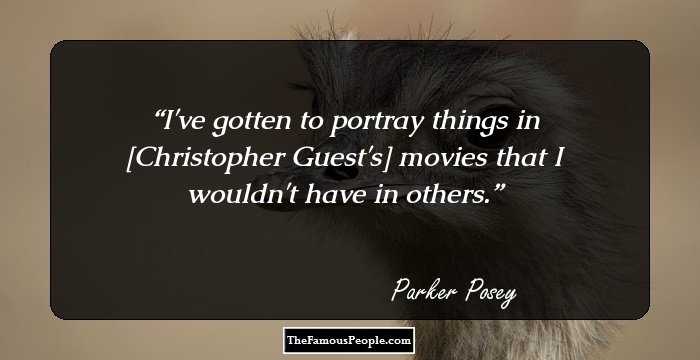 The Sexiest Men Of 2020, Ranked
Career
Her acting career started with her role as ‘Tess Shelby’ in the daytime soap opera ‘As the World Turns’ that ran on television from 1991 to 1992.
She made a minor appearance in ‘Sleepless in Seattle’, a romantic comedy filmed by Nora Ephron in 1993 but she went unnoticed as her scenes were cut off from the film.
In 1993, she played a major role in the feature film, ‘Dazed and Confused’, a cult classic starring Ben Affleck, Matthew McConaughey, and Jason London.
She became extremely popular when she started acting in non-studio films like ‘Sleep with Me’ and many others, that earned her the title of ‘Queen of the Indies’.
In 1995, she gained public attention through her lead role in ‘Party Girl’. She then appeared in a number of minor supporting roles and also continued acting in independent films.
Her acting career reached its peak in 1997, with 20 movies in hand, out of which, three were featured at ‘The Sundance Film Festival’. Her performance in ‘The House of Yes’ the same year, was greatly lauded by critics and also won her the ‘Special Recognition Award’.
In 1998, she was cast in a major role in ‘You've Got Mail’, co-starring Meg Ryan and Tom Hanks.
She proved her mettle as a comedian with her performance in ‘Best in Show’, an award winning comedy directed by Christopher Guest in 2000.
She starred in a number of films through the new millennium including ‘Scream 3’, ‘Josie and the Pussycats’, ‘Laws of Attraction’ and ‘Blade: Trinity’.
Continue Reading Below
She was nominated for the ‘Independent Spirit Award’ for Best Actress in 2007 for her proven acting skills in Zoe Cassavetes' directorial debut ‘Broken English’.
In 2012, she made a celluloid appearance in the HBO film, ‘Hemingway & Gellhorn’, where she played the role of the third wife of Ernest Hemingway.
Though dubbed as the ‘Queen of the Indies’, Posey continues to star in roles in other mainstream movies and television sitcoms as well. 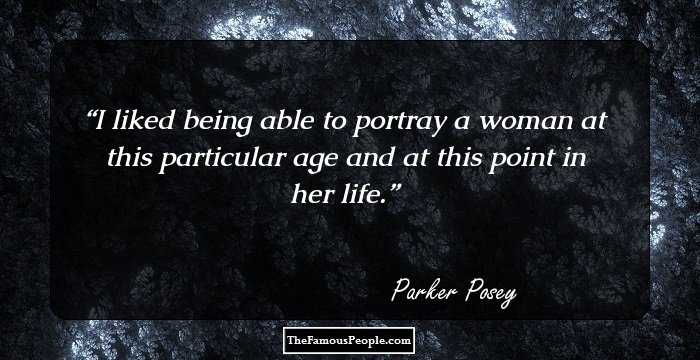 Major Works
Her performance as ‘Darla Marks’ in the 1993 movie ‘Dazed and Confused’, earned her widespread attention in Hollywood. The movie went on to collect $7,993,039 at the box-office and made it to the ‘Funniest Movies of the Past 25 Years List’.
Awards & Achievements
In 1996, she won the ‘Sundance Film Festival Award for Special Recognition’ for her role as ‘Jackie-O’ Pascal’ in ‘The House of Yes’.
In 1997, The Time Magazine honored her with the title, “Queen of the Indies” for her appearance in dozens of independent films.
She was presented the ‘Excellence in Acting Award’ at the Provincetown International Film Festival in 2012. 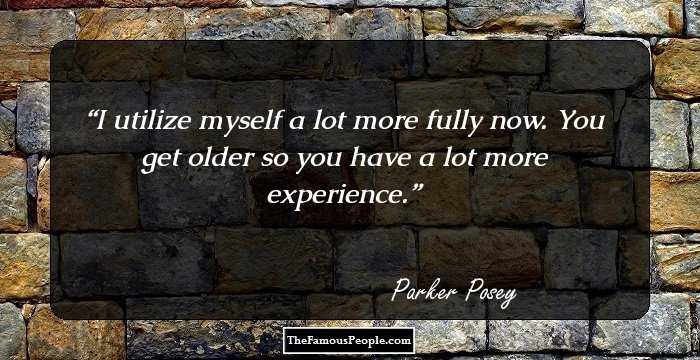 Personal Life & Legacy
Till date, Posey remains single but she has had relationships with celebrities like producer-director Bob Gosse, Zach Leary, actors Stuart Townsend, and the musician, Ryan Adams.
Trivia
This Hollywood celebrity of the ‘Dazed and Confused’ fame indulges in pottery during her free time.

Quotes By Parker Posey | Quote Of The Day | Top 100 Quotes

See the events in life of Parker Posey in Chronological Order