Jean-Claude Van Damme’s movies stirred countless martial artists around the world. Before Muay Thai or kickboxing found its place in the world of martial arts, Van Damme had already brought to the forefront these martial arts styles and used them in his movies. Movies like ‘Bloodspot’ and ‘Kickboxer’ may not have been very high-budget films, but they still went on to earn millions at the box-office worldwide and most- definitely went on to inspire a generation of martial artists and actors. Many of his friends and followers found it hard to believe that a thin, scrawny child could grow up to become a martial arts superstar in Hollywood and would eventually earn the nickname, ‘Muscles from Brussels’. This Belgian superstar trained himself in martial arts from a very young age and then got a job as a bouncer at a nightclub. It was here he was given his debut role in a hitchhiker movie, ‘Missing in Action’, which was his first stepping-stone towards Hollywood. He soon began signing a number of film contracts and though his popularity sky-rocketed, his prior commitments/contracts to a number of low-budget film that he had signed earlier, decreased the pace of his ascent in Hollywood. His trademark karate kick with the 360-degree leap has been the subject of emulation for a number of martial arts actors/enthusiasts. Marcello Mastro...
DID WE MISS SOMEONE?
CLICK HERE AND TELL US
WE'LL MAKE SURE
THEY'RE HERE A.S.A.P
Quick Facts 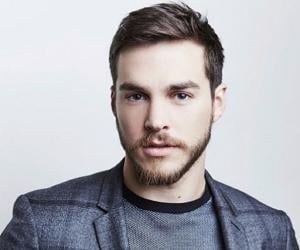 American People
Belgian People
Martial Artists
American Men
Belgian Men
Libra Actors
Childhood & Early Life
Jean-Claude Camille Francois Van Varenberg was born to Eugene Van Varenberg and Eliana in Berchem-Sainte-Agathe, Brussels, Belgium.
He was a very skinny child and took to Shotokan karate when he was just 11-years-old, to build muscle in his body. He was taken under the wing of Claude Goetz at the Centre National De Karate.
He also took up ballet and weight-lifting as a teenager. When he was just 15 or 16 years old, he took part in competitive karate and won the middleweight championship of the European Professional Karate Association and received the title of ‘Mr. Belgium’ in a body-building competition. 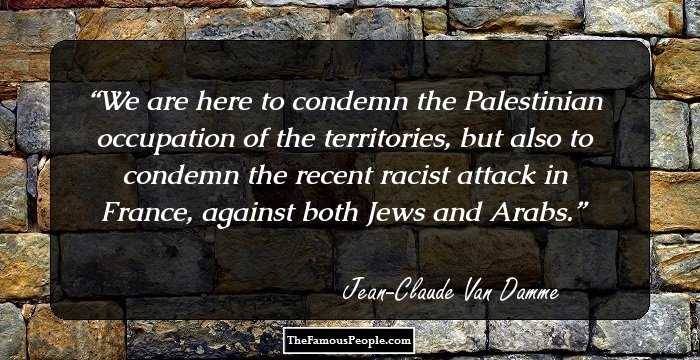 Continue Reading Below
Career
He started his own gym in Brussels and netted some modeling work, but was charmed with the idea of becoming a film star. He briefly worked as a bouncer at a night club during this time.
He participated in a number of tournaments and semi-contact matches and signed his first professional full-contact career in karate in 1977. From 1977 to 1982, he compiled a whopping record of 18 victories and only 1 defeat, where he was knocked down by Sherman Bergman.
After fleetingly attempting to get a break in the booming martial arts movie industry in Hong Kong, he moved to Los Angeles, in 1982 to pursue his Hollywood dreams.
He was cast as an extra in the film, ‘Breakin’ along with his childhood friend, Michel Qissi. In 1986, he was seen as Ivan Krushensky in the film, ‘No Retreat, No Surrender’.
The year 1987 would prove to be one of the most successful years for the actor, earning him a breakthrough in Hollywood. His dream of combining martial arts and acting finally realized with the character of ‘Frank Dux’ in the movie, ‘Bloodsport’.
In 1988, he was given a non-speaking role as a Secret Service agent in the TV miniseries, ‘War and Remembrance’. The same year, he was seen in a small role in the film, ‘Black Eagle’.
He signed a number of low-budget film contracts around this time and was seen in two films, ‘Cyborg’ and ‘Kickboxer’ in 1989, the latter of which proved to be a more successful film at the US box office.
From 1990 to 1993, he was seen in a wide array of films including ‘Death Warrant’, ‘Lionheart’, ‘Double Impact’, ‘Universal Soldier’, ‘Last Action Hero’, ‘Nowhere to Run’ and ‘Hard Target’. He was also the producer for ‘Double Impact’ and the fight choreographer for ‘Lionheart’.
In 1994, he was seen in the commercially successful film, ‘Timecop’, where he played the role of a time traveling cop. This film is believed to be the highest-grossing film for the actor.
Continue Reading Below
After the success of ‘Timecop’, many of his projects began to fare poorly at the box-office. From 1995 to 1999, he appeared in a series of box-office duds including ‘Sudden Death’, ‘The Quest’, ‘Maximum Risk’, ‘Double Team’, ‘Knock-Off’ and ‘Universal Soldier: The Return’.
He took a hiatus from films and was seen in the 2003 music video by Bob Sinclair, ‘Kiss My Eyes’. The following year, he was cast as himself in an episode of the television show, ‘Las Vegas’.
He returned to mainstream cinema in 2008 with the limited theatrical release of the film, ‘JCVD’, which was a moderate success. His performance in the film was rated well by the critics and was considered second-best after Heath Ledger’s performance as The Joker in ‘The Dark Knight’.
In 2009, he reprised his role as Luc Deveraux for the film, ‘Universal Soldier: Regeneration’. The same year, he appeared in an episode of ‘Robot Chicken’, a television series.
In 2011, he lent his voice for ‘Master Croc’ for the hit animated film, ‘Kung Fu Panda 2’. He was also seen in a number of commercials for ‘Coors Light Beer’. Two years later, he appeared in the comedy film, ‘Welcome to the Jungle’. 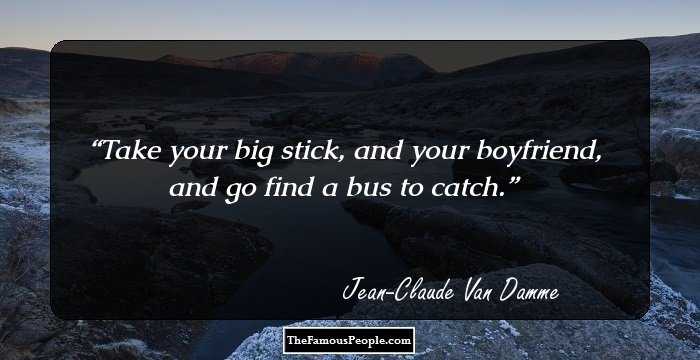 Major Works
‘Bloodsport’, released in 1988, is considered one of Van Damme’s most critically acclaimed films. A martial arts film, Van Damme reenacted the role of real life martial artist, ‘Frank Dux’ and was lauded for his performance in the movie. The film became a box-office success, earning $11.8 million in the US alone, despite its low budget of $1.1 million. The movie became extremely successful and spawned three sequels; ‘Bloodsport II: The Next Kumite’, ‘Bloodsport III’ and ‘Bloodsport 4: The Dark Kumite’.
In 1994, he starred in ‘Timecop’, a sci-fi thriller film, which is considered one of his best films till date. One of his highest-grossing films, the movie went on to earn $103,646,581 worldwide and critics also praised his acting skills in the movie.
Awards & Achievements
He holds a ‘Black Belt’ in Shotokan Karate.
Continue Reading Below
He holds a record of 18 Kickboxing wins in his professional career and a total of 44 wins in his amateur career.
He was honored with a lifetime statue of himself on October 21, 2012 in Brussels. 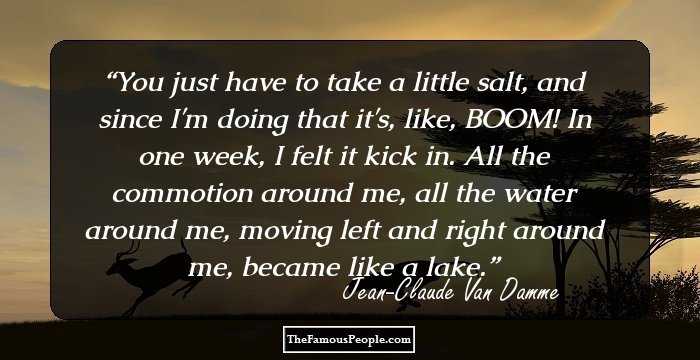 Personal Life & Legacy
He married Maria Rodriguez in 1980 and divorced her four years later.
In 1985, he married Cynthia Derderian and split with her the following year.
He married Gladys Portuges in 1987 and split with her in 1992.
From 1994 to 1997, he was married to Darcy LaPier, American actress and model. After his split with LaPier, he once again married Portuges, with whom he is currently staying.
He has three children - Kristopher Van Varenberg, Bianca Bree and Nicholas Van Varenberg.
This famous martial artist and Hollywood star suffered from substance abuse and was sent to a rehabilitation facility.
He was also diagnosed with rapid cycling bipolar disorder after he started showing suicidal tendencies.
Trivia
Frank Dux, the martial artist, accused this Hollywood actor and martial artist for having exhibited a lack of martial arts skills while portraying the character of Dux in the movie, ‘Bloodsport’. 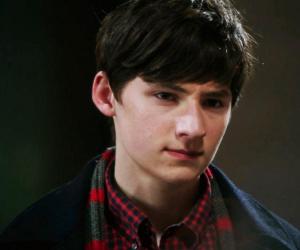 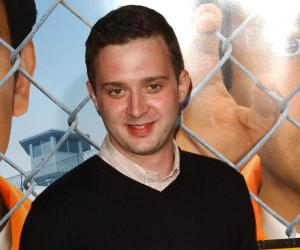