Jarrod Schulz is an American entrepreneur, fashion designer, storage unit buyer and reality television star who rose to fame on the A&E Network reality television series 'Storage Wars'. He, along with his longtime partner Brandi Passante, was one of the first cast members of the show back in 2010 when the series premiered on television, and went on to appear on every season ever since. The show is currently running its 10th season. Jarrod and Brandi, who are known as 'The Young Guns' on the show, also appeared on their own spin-off series 'Brandi & Jarrod: Married to the Job' which aired in April 2014. In February 2015, Jarrod starred in a 'Storage Wars' music video titled 'Storage Wars: Jarrod's "Visors" Music Video'. The couple's 'Now and Then' thrift store gained a lot of attention due to the TV series, but is currently closed since 2016. Jarrod, who is also a fashion designer, owns the clothing line 'Outlaw Apparel', which sells all kinds of clothes internationally. 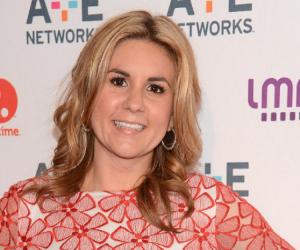 American People
Fashion Designers
American Men
Libra Entrepreneurs
American Entrepreneurs
The Meteoric Rise to Stardom
During his early career, Jarrod Schulz worked as the manager of the sales office at a carpet-cleaning company in Tustin, California. He then started his mortgage business in the early 2000s, but the business collapsed a few years later, leaving him unemployed for a while. It was during this time that one of his aunts, who managed a public storage facility, advised him to take part in storage auctions. Along with his girlfriend Brandi, he soon opened the 'Now and Then' second hand store in Orange County, California.
During this time, he met the producers of 'Storage Wars' at an auction in Harbor City and learned about the planned show for the first time. After about eight months, the producers of the show offered to shoot footage at his store. He initially agreed considering it as a free publicity. However, Brandi, who was managing the store that day, charmed the producers of the show right away, and secured a permanent place as the main cast of the show on its first season in 2010. Despite having low financial resources, the couple has been bidding successfully at storage auctions for ten seasons of the show and even opened another branch of their store in Long Beach, which unfortunately did not run for too long.
Recommended Lists:

American Fashion Designers
Male Reality TV Personalities
American Reality TV Personalities
American Film & Theater Personalities
Continue Reading Below
Career As a Fashion Designer
While Jarrod Schulz has become a well known face on television for his appearance on 'Storage Wars', it is a lesser known fact that he is also a fashion designer. In fact, he founded 'Outlaw Apparel' with a friend back in 2002, long before he started his thrift store business. According to him, the brand was created by two friends who wanted to express their individuality and unique approach to life. They initially created only a few clothes and stickers for themselves and their children, but the clothing line soon grew to include most types of clothes for men, women and children. The clothing company got a publicity boost after Jarrod and Brandi started to appear on television. Jarrod, who either creates or approves everything that comes out with the Outlaw brand name, also wears his own branded clothes while appearing on television.
Recommended Lists:

Libra Men
Personal Life
Jarrod Schulz was born on October 15, 1977, in Long Beach, California. As a child, he would disassemble toy cars to understand how things worked. As he grew up, he became fascinated with safes and thought that opening storage lockers is a lot like gambling. However, before he became interested in storage auctions, he apparently had a shady past and had a few run-ins with the law for felony possession of a controlled substance and reportedly served 16 months behind the bars for transporting narcotics and driving under the influence of alcohol.
His life literally changed after meeting his future partner Brandi Passante in 1999. The two met after Brandi came in to work at the carpet-cleaning company where he served as the sales manager. Despite the fact that it would be inappropriate for him to make romantic advances towards a coworker, he was persistent and the two eventually started dating. They have been together ever since, working as partners in the professional field as well. While Jarrod is prone to taking risks and lacks business sense, Brandi more than makes up for it, complementing him perfectly. While the two have been mentioned as husband and wife on the show a few times, it was later revealed that even though they have been together for over a decade, they never actually got married. They have two children together, a son named Cameron and a daughter named Peyton. The couple does not want their kids to follow in their footsteps. Cameron is interested in becoming a director or producer, while Peyton is interested in athletics and cheerleading.