Holly Madison is an American best-selling author, model, and reality star. She is best known for her role in the reality TV show 'The Girls Next Door', a show about her life and the lives of her two co-stars at the Playboy Mansion, and 'Holly's World', which was about her life at Planet Hollywood in Las Vegas. Primarily a model by profession, she made her movie debut in the 1998 American found footage horror film 'The Last Broadcast'. The film, which was created by Stefan Avalos and Lance Weiler focused on a documentary filmmaker who investigates the murders of two TV hosts. Following that, she went on to appear in a number of reality TV series, often in minor or cameo appearances. She has been featured in several well-known fashion magazines as well. Her growing popularity as a reality TV star propelled her to venture into the world of films once again after a long hiatus in the late 2000s. Madison has also been in the media glare due to issues surrounding her personal life. She was once the girlfriend of the founder of ‘Playboy’ magazine, Hugh Hefner, which earned her considerable publicity. The ending of their relationship was also much publicized in the media.
Continue Reading Below 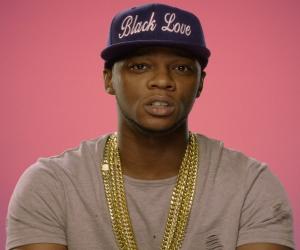 American People
American Women
Loyola Marymount University
Female Models
American Models
Childhood & Early Life
Holly Madison was born on 23 December 1979, in Astoria, Oregon, in the United States. Her father is Steve Cullen and her mother is Patsy Cullen. Though she grew up and spent a part of her childhood on the Prince of Wales Island near Ketchikan, Alaska, later her family moved back to Oregon.
She attended Portland State University with Major in theatre and psychology. Later, she moved to Los Angeles to pursue her dreams. There she attended Loyola Marymount University. She worked as a model and a waitress to pay her tuition fees.
Continue Reading Below
You May Like

Who Is The Most Popular BTS Member?
Career
As a model Holly Madison came to the notice of Hugh Hefner, the founder of the ‘Playboy’ magazine and was invited to live in his mansion as one of his girlfriends in 2001. Following this, she made appearances in several TV programs such as 'MTV Cribs' (2002), 'The Surreal Life' (2003), 'The Sharon Osbourne Show' (2004), and 'Entourage' (2005).
She came to popularity with the reality TV series 'The Girls Next Door' which originally aired on the 'E! network' from August 2005. Created by Kevin Burns and Hugh Heffner, the show focused on Hefner's girlfriends who lived with him at the Playboy Mansion.
The show aired till 2010, with a total of six seasons. The show initially had more than a million followers, and became one of the most top rated shows ever. However, slowly, ratings and views started dropping, especially during the last season.
Throughout the years, she also made several appearances in other shows such as 'Amazon Fishbowl' (2006), 'Phenomenon' (2006), 'Celebrity Family Feud' (2008), 'Dancing with the Stars' (2009), and 'Kendra' (2009-2010). She also made appearances in a few movies such as 'Scary Movie 4' and 'The Telling' (2009).
Holly Madison played the lead role in her own reality show 'Holly's World'. The show revolved around her life at Planet Hollywood in Las Vegas. The show was a success, with the first season premiere being viewed by 1.879 million. The show aired from 2009 till 2011, covering two seasons.
She also appeared in an episode of the popular crime drama series 'CSI: Crime Scene Investigation' in the year 2010. She was last seen on TV in an episode of a TV show named 'Redwood Kings'.
Based on her life at the Playboy Mansion, she released two memoirs. The first one 'Down the Rabbit Hole: Curious Adventures and Cautionary Tales of a Former Playboy Bunny' was published in 2015. It turned out to be a best-seller, debuting at number one on the New York Times Bestseller list.
In 2016, she released her next memoir 'The Vegas Dairies: Romance, Rolling the Dice and the Road to Reinvention'. Like her previous work, it was a success, debuting on the New York Times Bestseller list.
In 2015 she appeared in the TV film 'Sharknado 3: Oh Hell No!', the third instalment in the Sharknado series. She appeared in a supporting role of a character called Lieutenant Harrison.
Major Works
'The Girls Next Door', which aired on the 'E!' network, was one of the most significant works of Holly Madison's career. The show began airing from 2005 and ran for six seasons till 2010. Including Hefner, a co-creator of the show, and Madison, the show starred Bridget Marquardt, Kendra Wilkinson, and Crystal Harris. The show mostly focused on Hefner's girlfriends who lived with him at the Playboy Mansion, also covering events such as Playboy Jazz Festival at the Hollywood Bowl, Playmate test shoots at Playboy Studio West, and Operation Playmate.
The year 2009 saw the release of Holly's own show 'Holly's World' which aired on the 'E! Network.' The show focused on her new life at Las Vegas, where she worked as a lead dancer for Planet Hollywood. The show ran till 2011 and covered two seasons in total.
Holly Madison appeared in the 2009 horror film 'The Telling' in which she played a lead role. Directed by Jeff Burr and Nicholas Carpenter, the film features three horror stories, each narrated by three different girls. Other actors in the film included Bridget Marquardt, Nicole Zeoli, Lola LaBelle, and Jean-Louise O'Sullivan. Most of the filming was done at the Playboy Mansion and the Hollywood Castle.
Madison appeared in the 2015 TV film 'Sharknado 3: Oh Hell No!', the third film in the Sharknado series. Directed by Anthony C. Ferrante, it starred actors such as Ian Ziering, Tara Reid, Cassie Scerbo, and Bo Derek. Holly appeared in a supporting role as a character named Lieutenant Harrison. The film premiered on the Syfy network on 22 July. It mostly received mixed reviews.
Personal Life & Legacy
After moving into the Playboy Mansion in 2001, Holly Madison became one of Hugh Hefner's girlfriends. Their relationship ended in 2008.
In 2011, she began dating Pasquale Rotella whom she married in 2013. The couple has two children, a daughter Rainbow Aurora Rotella, and a son Forest Leonardo Antonio Rotella.

See the events in life of Holly Madison in Chronological Order