Jared Mason Diamond is an American scientist and author reputed for his highly acclaimed and popular science books. He has penned down eight books and a number of academic monographs. The fields he covers are varied from ecology to evolutionary biology and from geography to anthropology. Some of his notable books are ‘The Rise and Fall of the Third Chimpanzee’, ‘Collapse: How Societies Choose to Fail or Succeed’, ‘Guns, Germs, and Steel: The Fates of Human Societies’ and ‘The World until Yesterday: What Can We Learn from Traditional Societies?’. His book ‘Guns, Germs, and Steel: The Fates of Human Societies’, translated in thirty-three different languages, garnered sales of millions of copies across the globe. While the book shot him to global fame it also fetched him the prestigious ‘Pulitzer Prize’ in 1998 apart from other prizes. He travelled to Africa, Australia, Asia, North America and South America for his field projects that include twenty-two expeditions to the New Guinea and its neighbouring islands. He made path-breaking studies of the birds of Papua New Guinea. He received the MacArthur Foundation "Genius" Grant in 1985. Diamond received several awards including the ‘Zoological Society of San Diego Conservation Medal’ (1993), ‘International Cosmos Prize’ (1998) and ‘National Medal of Science’ (1999). He was ranked 9th among top 100 public intellectuals in the polls conducted by two magazines namely ‘Foreign Policy’ and ‘Prospect’ in 2005. At present he is serving at the ‘University of California’, Los Angeles (UCLA) as a Professor of Geography.

Ann Coulter
Physiologists #1
Non-Fiction Writers #54
Scientists #228
DID WE MISS SOMEONE?
CLICK HERE AND TELL US
WE'LL MAKE SURE
THEY'RE HERE A.S.A.P
Quick Facts

American People
American Men
Harvard University
Trinity College, Cambridge
Virgo Writers
Childhood & Early Life
He was born on September 10, 1937, in Boston, Massachusetts, in a Jewish family to Louis Diamond and his wife Flora Kaplan. His father was a physician while his mother a linguist, school teacher and a concert pianist. They both hailed from families who migrated to the US from East Europe.
Diamond started learning the piano when he was just six. He studied at the ‘Roxbury Latin School’, the oldest school of North America located at Roxbury, Massachusetts. Since his childhood he started learning languages beginning with Greek and Latin at his school and by the time he was in his 60s he learned his twelfth language, which is Italian.
He was introduced to reading and writing by his mother and eventually he started loving to write weekly compositions that were checked by his mother. This affinity for writing remained with him forever.
He was interested in mathematics and was enthusiastic about birds which hinted his knack towards biology and hence science. As a young boy he aspired to become a physician like his father.
After school he joined the ‘Harvard College’ in Cambridge, Massachusetts, one of the most prestigious institutes in the world and the oldest in the US. In 1958 he obtained a Bachelor of Arts in anthropology and history from the institute. Apart from science he also did courses on music composition, history of the American Revolution, German and Russian languages and that of oral epic poetry from the institute.
Thereafter he enrolled at the ‘Trinity College’, ‘University of Cambridge’ and earned a PhD on the physiology and biophysics of membranes in the gall bladder in 1961.
Continue Reading Below
You May Like

The Most Popular US Veterans
Career
Following his PhD he rejoined Harvard and remained there as a Junior Fellow till 1965, initially pursuing physiological research work in the Biophysical Laboratory of Harvard Medical School. He studied the cellular and molecular devices of ion and non-electrolyte transportation across biological membranes particularly across those of the gall bladder.
He embarked on his second career encompassing evolutionary biology and ecology following his 1964 summer trip to New Guinea, the large tropical island located at the South West Pacific region. This and many other subsequent trips to the island changed his life and had a great impact on his general perspective.
He made around 22 expeditions to New Guinea and its neighbouring islands and studied the ecology and evolution of birds. Over the years he dedicated much of his time and effort as a conservationist and thrived to eliminate the ill effects of the changes he witnessed in New Guinea that affected the people, birds and forests of the island.
In this pursuit he came up with comprehensive plans, most of which were materialised including designing national park systems for the governments of Papua New Guinea, the Solomon Islands and Indonesian New Guinea.
He was part of a number of field projects in Australia, Africa, North America, South America and Asia. He also participated in several field projects of the government of Indonesia and the ‘World Wildlife Fund’, the leading organization in conservation of wildlife and endangered species. At present he serves as one of the directors of ‘World Wildlife Fund’.
In 1966 he was inducted by the ‘University of California, Los Angeles School of Medicine’ as a Professor of Physiology.
Gradually his interests in writing took shape of a third career when one of his friends referred him as a writer to a British interdisciplinary scientific journal called ‘Nature’. This paved his way for writing in American magazines like the science magazine ‘Discover’ and the natural history magazine ‘Natural History’ and soon his flair for writing saw him authoring books for general public.
Many scholarly works relating to ornithology and ecology were published by him, but he became most reputed for the science books that he wrote, which include topics from varied fields. This academic diversity has earned him the repute of a polymath.
His 1991 published book ‘The Third Chimpanzee: The Evolution and Future of the Human Animal’ that deals with evolution of human being and its pertinence to the modern world became much popular earning him acclamation from the critics as well as the ‘Rhône-Poulenc Prize for Science Books’ and the ‘Los Angeles Times Book Prize’ in 1992.
Continue Reading Below
The most famous science book of Diamond, ‘Guns, Germs, and Steel: The Fates of Human Societies’, which was published in 1997 and eventually translated in 33 languages, became an international best-seller. It fetched him several awards including the ‘Phi Beta Kappa Science Book Prize’ in 1997 and the ‘Pulitzer Prize’ and ‘Aventis Prize for Science Books’ in 1998. In 2005 the ‘National Geographic Society’ produced a TV documentary series based on this book.
Some of his other notable books are ‘Why is Sex Fun?’ (1997), ‘Collapse: How Societies Choose to Fail or Succeed’ (2005) and ‘The World until Yesterday: What Can We Learn from Traditional Societies?’ (2012).
Diamond is one of the founding members of Board of the ‘Society of Conservation Biology’. He also serves as director of ‘Conservation International’, another global environmental organization.
After reaching 65 years of age he ended his decades’ long career in laboratory science and divided his professional time between two areas – evolutionary biology; and comparative environmental history and geography.
He is a member of the ‘National Academy of Sciences’, the ‘American Academy of Arts and Sciences’ and the ‘American Philosophical Society’.
In 2009 he was awarded an honorary doctorate by the ‘Westfield State University’.
Presently he serves the UCLA as a Professor of Geography and also visits Rome to teach at the private university ‘LUISS Guido Carli’.
Personal Life & Legacy
He is married to Marie Cohen, the granddaughter of Polish statesman Edward Werner.
Their twin sons were born in 1987.
Recommended Lists:
Writers #300
You May Like

See the events in life of Jared Diamond in Chronological Order 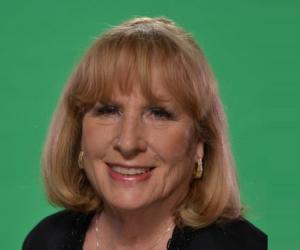