(One of the Greatest Actors in American History)

Widely regarded as "one of America's most distinguished and versatile" actors, James Earl Jones is a veteran entertainer who has enjoyed a long and productive career spanning over five decades. Also a voice actor, he voiced the character of ‘Darth Vader’ in the ‘Star Wars’ film franchise. Given the tremendous success he has achieved as a film and voice actor, it is hard to believe that he was once a shy, self-conscious child who suffered from stuttering. He worked hard to overcome stuttering with the help of his teacher. Initially, he had no plans to become an actor and was intent on studying medicine. However, he soon realized that medicine was not his real calling and joined the military during the ‘Korean War.’ It was during this period that he discovered his love for acting and became involved with the ‘Ramsdell Theatre.’ He made his Broadway debut after being discharged from the military and went on to have a successful stage career that earned him several awards and accolades. He made a smooth transition to films with the role of ‘Lt. Lothar Zogg’ in Stanley Kubrick’s ‘Dr. Strangelove or: How I Learned to Stop Worrying and Love the Bomb.’ He is renowned for portraying versatile roles in his films. He has also made several appearances in television series. American People
African American Actors
Actors
American Men
Mississippi Actors
Childhood & Early Life
James Earl Jones was born on January 17, 1931, in Arkabutla, Mississippi, USA, to Robert Earl Jones and Ruth Conolly. His father, a small-time actor who also held several other jobs, abandoned the family when James was a baby. He was raised mainly by his maternal grandparents who were farmers. He is multiracial.
Raised in his grandparents’ farm, he had a difficult childhood and developed severe stutter. Because of this, he became withdrawn and refused to speak to anyone. During his high school, his English teacher encouraged him to recite poetry and with the guidance of his teacher he overcame stuttering.
He initially attended the ‘Browning School’ for boys and then graduated from ‘Brethren High School.’ He went to the ‘University of Michigan’ to study medicine, but soon realized that he was not meant to be a doctor and dropped out.
He joined the ‘Reserve Officer Training’ corps and served in the military during the ‘Korean War.’ Initially, he was commissioned as a second lieutenant and was promoted to first lieutenant by the time of his discharge.
After being discharged from the army, he went to New York and studied at the ‘American Theatre Wing.’ During this time, he worked as a janitor to earn his living. 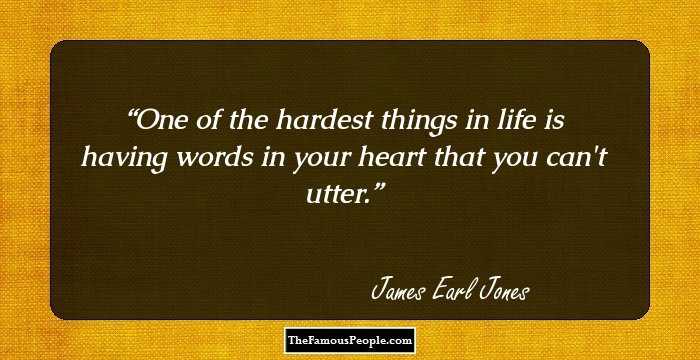 Quotes: You, Life, Heart
Continue Reading Below
Career
He began his acting career as a stage artist. He had worked part time at the ‘Ramsdell Theatre’ prior to his military stint. He was a stage carpenter in 1953 and began working as an actor in 1955 when he performed in Shakespeare’s ‘Othello.’
Over the next few years, he acted in many of Shakespeare’s plays like ‘King Lear,’ ‘A Midsummer Night’s Dream,’ ‘Measure for Measure,’ and ‘Hamlet.’
He landed his first film role in 1964 when he was cast as ‘Lieutenant Lothar Zogg’ in Stanley Kubrick’s black comedy ‘Dr. Strangelove.’
He played the lead role in the 1967 play ‘The Great White Hope’ in which he portrayed the boxing champion ‘Jack Jefferson.’ The play was highly successful and ran for 546 performances.
He reprised his role as ‘Jack Jefferson’ in the 1970 movie ‘The Great White Hope’ which was adapted from the play of the same name. He received an ‘Academy Award’ nomination for ‘Best Actor’ for his role.
He enjoyed great success throughout the 1970s and 1980s as he performed a variety of roles in movies of different genres. Some of his best known works from this time period were ‘Claudine’ (1974), ‘The Greatest’ (1977), ‘Conan the Barbarian’ (1982), ‘Gardens of Stone’ (1987), and ‘Best of the Best’ (1989).
Blessed with a deep and distinctive voice, James voiced ‘Darth Vader’ in the ‘Star War’ trilogy: ‘Star Wars’ (1977), ‘The Empire Strikes Back’ (1980), and ‘Return of the Jedi’ (1983). Upon his request, he was uncredited for his work until 1997.
He played the main character ‘Gabriel Bird’ in the television series ‘Gabriel’s Fire’ which ran from 1990 to 1991. In the series, he portrayed a former Chicago police officer who gets wrongfully sentenced to life imprisonment.
In 1995, he appeared in the television drama series ‘Under One Roof’ which revolved around the lives of three generations of an African-American family that shares a house.
Continue Reading Below
He portrayed ‘Rev Stephen Kumalo’ in the 1995 film ‘Cry, the Beloved Country’ which was directed by Darrell Roodt. The movie was based on Alan Paton’s novel of the same name.
The actor turned 69 as the new millennium dawned, but his age could not stop him from doing what he loved. During the 2000s, he was very active in theatre and appeared in many plays, such as ‘On Golden Pond’ (2005), ‘Cat on a Hot Tin Roof’ (2008), and ‘Driving Miss Daisy’ (2010).
Jones starred as ‘Chief Justice Caleb Thorne’ in the American drama series ‘Agent X’ in 2015.
In 2019, he voiced ‘Mustafa’ in Disney's musical film ‘The Lion King.’ 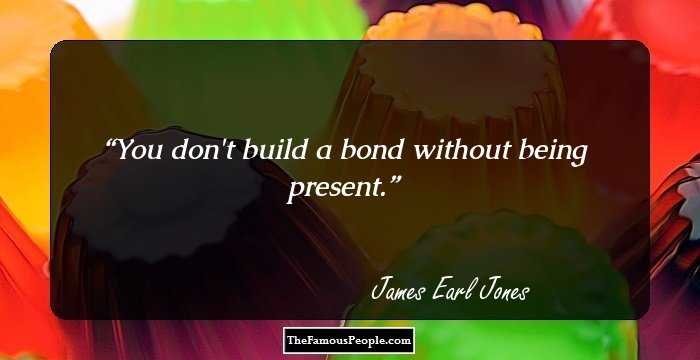 Quotes: You
Major Works
He portrayed boxer ‘Jack Jefferson’ (a fictionalized version of boxer Jack Johnson) in the play ‘The Great White Hope.’ He then reprised his role in the film of the same name. His role was critically acclaimed and earned him several awards.
He played the main character ‘Gabriel Bird’ in the television series ‘Gabriel’s Fire.’ His portrayal of a Chicago cop, wrongfully sentenced for murder, is considered one of his finest performances.
Awards & Achievements
In 1969, he received the prestigious ‘Tony Award’ for ‘Best Actor in a Play’ for his work in ‘The Great White Hope.’ He would receive the award under the same category in 1987 for his role in ‘Fences.’
Continue Reading Below
In 1971, he won the ‘Golden Globe Award’ for ‘New Star of the Year-Actor’ for his performance in the film ‘The Great White Hope.’
In 1977, he received a ‘Grammy Award’ under the ‘Best Spoken Word’ category for his work in ‘Great American Documents.’
He won the ‘Emmy Award’ for ‘Outstanding Lead Actor in a Drama Series’ for the television series ‘Gabriel’s Fire’ in 1990. The same year, he received another ‘Primetime Emmy Award’ for ‘Supporting Actor in a Miniseries’ for his role in ‘Heat Wave.’
He received an ‘Honorary Academy Award’ in 2011, becoming a recipient of the EGOT without winning a competitive ‘Oscar.’ 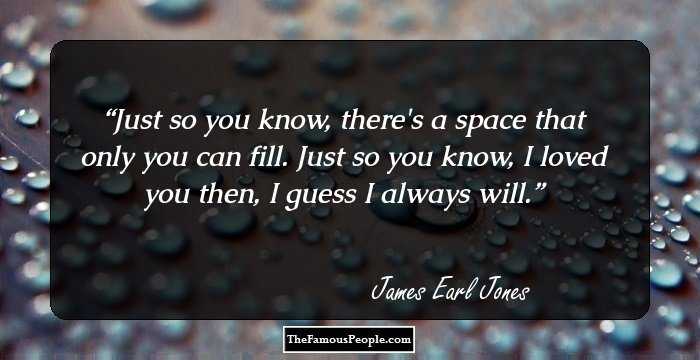 Quotes: You, Will, I
Personal Life & Legacy
He was married to actress Julienne Marie.
In 1982, he got married to Cecilia Hart. The couple was blessed with a child in 1982. Hart died of ovarian cancer on October 16, 2016.
Trivia
He is the only actor to have won two ‘Emmy Awards’ in the same year.