Robert Earl Jones was an American actor and professional boxer. Better known as “Earl Jones,” he is remembered as one of the first prominent actors of African–American origin and a legend from the Harlem Renaissance of the 1920s and the 1930s. A school dropout, Robert had a predominantly difficult childhood. He began working at an early age in order to earn for his family. Robert had a stint as a boxer, and he later developed an interest in theater. He then began his acting career with a Langston Hughes play and eventually stepped into films. Robert’s passion for theater grew further after he joined the 'American Theater Wing.' When his career was in its nascent stage, Robert worked in a few race films. He later flourished in various genres, such as crime and drama. With a leading role in 'Lying Lips' and an acclaimed performance in 'The Sting,' Robert had over 20 film credits to his name. Some of his noteworthy projects were 'Trading Places,' 'The Cotton Club,' 'The Sophisticated Gents,' 'Lou Grant,' 'One Potato, Two Potato,' and 'Witness.' Robert also had a long-time association with theater and was part of several stage productions. Robert was married thrice and had fathered two sons. He worked with his elder son in three stage productions. 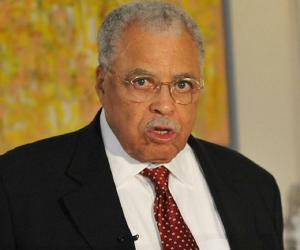 American Celebrities
Actors
Boxers
Black Boxers
Black Actors
Childhood & Early Life
Robert was born on February 3, 1910, in Senatobia, Mississippi, to Robert and Elnora Jones. To support his family’s poor financial condition, he dropped out of school and began working as a sharecropper. Later, Robert became a prizefighter. Eventually, he grew up as a boxer, and in 1937, he was hired by heavyweight champion Joe Louis as his sparring partner. Robert adopted the pseudonym "Battling Bill Stovall” for the job. He later portrayed Joe in the film 'Spirit of Youth.'
Robert also had a railroad job in Memphis but had to quit after the onset of The Great Depression. He later moved to New York and began working with the 'Works Progress Administration,' where he met poet and playwright Langston Hughes.
Continue Reading Below
You May Like

Black Sportspersons
Black Film & Theater Personalities
American Men
Mississippi Actors
Career
Robert began his career as a stage actor after Hughes cast him in the 1938 play 'Don't You Want to Be Free?' The following year, he made his film debut with the low-budget drama film 'Lying Lips.' He played a detective named ‘Wanzer’ in the melodrama with an all-black cast. He was seen in another race film, titled 'The Notorious Elinor Lee,' which featured him as ‘Benny Blue.’
Robert simultaneously did theater. He made his ‘Broadway’ debut with ‘The Hasty Heart’ (1945). He was part of the 1949 revival of 'Caesar and Cleopatra.' His other stage credits were 'More Stately Mansions’ (1968), the 1975 revival 'All God’s Chillun Got Wings,' 'Unexpected Guests' (1977), and 'Strange Fruit.' He also appeared in two ‘off-Broadway’ plays: 'Winkelberg' in 1958 and 'The Displaced Person' in 1966. Robert was also seen in the film version of 'The Displaced Person,' which released in 1977. His most notable stage role was that of ‘Creon’ in the 1988 version of the musical 'The Gospel at Colonus.’
Robert’s acting career was disrupted in the 1950s after he was blacklisted because of his political associations with left-wing groups. He utilized the time by studying acting at the 'American Theater Wing.' He also worked as a floor finisher.
After returning on screen, Robert was featured in several crime movies and dramas. After portraying three uncredited roles, in 'Odds against Tomorrow' (1959), 'Wild River’ (1960), and 'Willie Dynamite' (1973), the actor was finally seen in a significant role when he essayed the character ‘Luther Coleman,’ a conman, in the 'Academy Award'-winning 1973 film 'The Sting.' He also made a TV appearance in 1976, as a judge in the 'CBS' crime drama 'Kojak.'
Robert made his final stage performance in 1991, when he starred in the ‘Broadway’ revival of the 1930 play 'Mule Bone: A Comedy of Negro Life.' He made his last silver-screen appearance in the science-fiction movie 'Rain without Thunder,' which featured him as a lawyer.
Despite being blacklisted, Robert was awarded with a 'Lifetime Achievement Award' at the 'National Black Theatre Festival' and was also given an 'Oscar Micheaux Award.' He was felicitated with an honorable mention in the 'Black Filmmakers Hall of Fame.'
Recommended Lists:

Tall Celebrities
Tall Male Celebrities
Aquarius Actors
Aquarius Boxers
Family, Personal Life & Death
Robert was quite young when he married Ruth Connolly, a maid and teacher. However, he left his wife to make a career in boxing and acting. They separated soon after. At that time, Robert did not know about Ruth’s pregnancy with his son, James. Robert and Ruth eventually divorced in 1933.
Robert came to know about James in the mid-1950s. While studying at the 'American Theatre Wing,' he lived with James in Greenwich Village and supported his finances through some odd jobs. James later became an actor and was relatively more famous than his father. The father–son duo later shared the stage while acting in the ‘Broadway’ play 'Infidel Caesar' and the ‘off-Broadway’ play 'Moon on a Rainbow Shawl,' both of which were staged in 1962. They also appeared together in the 1967 play 'Of Mice and Men.'
From 1938 to 1950, Robert was married to Jumelle Jones. He married his third wife, Ruth Williams, in 1960 and remained married to her until her death in 1981. Through his marriage with Ruth Williams, Robert had a second son, Matthew Earl Jones.
Robert died on September 7, 2006, at the age of 96. He breathed his last at the ‘Actors’ Fund of America' home in Englewood, New Jersey. The news of his death was made public by Robert’s family spokesperson, Dale Olson. The memorial ceremonies were kept private, and his family requested donations for the 'Actors' Fund of America' in New York.
After his debut play, Langston Hughes's aunt, Mrs. Toy Harper, taught him the art of reciting poems. The first poem he learned read, "I am a Negro black as the night is black/ Black like the depth of my Africa."
Recommended Lists: