Itzhak Perlman is an Israeli-American violinist, music teacher and conductor. He is renowned for his profound musical knowledge and skills and is treasured by audiences around the globe. For him, creating music is a way of expressing himself. Perlman has performed worldwide, including at events like the presidential inauguration of President Obama and a State Dinner at the White House honouring His Royal Highness the Duke of Edinburgh and Her Majesty Queen Elizabeth II. Passionate about music since the age of three, Perlman initially taught himself how to play a toy fiddle after he was denied admission to Shulamit Conservatory for being too young to hold a violin. He was later trained at the Academy of Music and Juilliard School and went on to win the Leventritt Competition in 1964, eventually kicking off his worldwide career. Since then, the Israeli-American artiste has performed at numerous major music festivals around the world. He further delights his audiences with his regular presence on the conductor’s podium. Over the past decade, he has been more actively involved in teaching music to youngsters. He plays his instrument while seated as he had contracted polio as a small child. As of 2019, he uses an electric Amigo scooter and clutches for mobility. 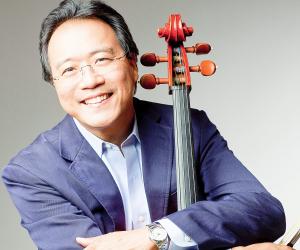 Yo-Yo Ma
DID WE MISS SOMEONE?
CLICK HERE AND TELL US
WE'LL MAKE SURE
THEY'RE HERE A.S.A.P
Quick Facts

American People
Violinists
American Men
Virgo Musicians
Male Musicians
Childhood & Early Life
Itzhak Perlman was born on 31 August 1945 in Tel Aviv (currently Israel) to a Jewish family. His parents, Shoshana and Chaim Perlman were Polish natives who had independently immigrated to Palestine in the 1930s before they met and married
At the age of three, he became interested in classical music and wanted to learn how to play the violin. However, he was denied admission at the Shulamit Conservatory as he was too young to hold a violin. He contracted polio at the young age of four and has since then walked using crutches and leg braces.
He started teaching himself how to play using a toy fiddle until he was mature enough to study at the Conservatory. He later went to the Academy of Music in Tel Aviv. Perlman then moved to USA and attended Juilliard School where he studied under Dorothy DeLay and Ivan Galamian.
Continue Reading Below
You May Like

Who Is The Most Popular BTS Member?
Career
Itzhak Perlman came to New York and appeared on ‘The Ed Sullivan Show’ in 1958. He made his debut at the city’s Carnegie Hall in 1963. A year later, he won the Leventritt Competition which led to the start of his burgeoning worldwide career.
In the year 1975, he joined Brooklyn College as a faculty member at the Conservatory of Music.
Although Perlman has never been marketed as a singer, he contributed his voice to the role of "Un carceriere" on a 1981 recording of Puccini's "Tosca". On 5 July 1986, he performed at the 100th anniversary celebration of the Statue of Liberty. The event, organized in Central Park, was televised live on the ABC network.
In 1987, he became a part of Israel Philharmonic Orchestra (IPO) and took part in their history-making concerts in Budapest and Warsaw. In 1990, he once again toured with the orchestra for its first performance in the Soviet Union and was cheered on by audiences in Leningrad and Moscow. Numerous people had travelled across great distances just to hear him perform.
In December 1990, the violinist performed with musicians, such as Isaac Stern, Pinchas Zukerman, Yo-Yo Ma, Yuri Temirkanov and Jessye Norman at the 150th anniversary celebration event of Lt Russian composer Tchaikovsky in Leningrad.
In 1993, Perlman contributed to the film score of ‘Schindler's List’ by John Williams which later earned Academy Award for Best Original Score.
He hosted the live broadcast program of the ‘Three Tenors, Encore’ from Los Angeles’ Dodger Stadium in 1994. During this time, he also joined hands again with IPO for their performances in China and India.
In the year 1999, ‘Concertos from My Childhood,’ a collection of student concertos performed by him was released. The orchestra is from the Juilliard School in New York.
Perlman made an appearance in Disney's animated flick ‘Fantasia 2000’ along with Steve Martin to introduce the segments of the poem ‘Pines of Rome.’ That year, he was also awarded with “National Medal of Arts” by President Clinton.
Continue Reading Below
From 2001 to 2005, he was the Principal Guest Conductor of Detroit Symphony. In 2002, he began serving as the music advisor for the Saint Louis Symphony Orchestra and made frequent conducting appearances till 2004.
In 2003, Perlman occupied Juilliard School’s Dorothy Richard Starling Foundation Chair in Violin Studies, succeeding his professor Dorothy DeLay.
In 2004, EMI released a limited-edition 15-CD box set titled ‘The Perlman Edition’ that featured many of his finest recordings. Also, RCA Red Seal came out with the CD ‘Perlman reDISCOVERED’ which included some of his works from 1965.
He was the violin soloist for the 2005 movie ‘Memoirs of a Geisha’. That year, he was also awarded an honorary doctorate along with a centennial medal on the event of Juilliard’s 100th inauguration ceremony.
March 2006 saw him perform live on stage at the 78th Annual Academy Awards. Millions of people were enthralled as he performed a medley from the five movie scores nominated in the Best Original Score category.
On 7 May 2007, Perlman played at the state dinner held at the White House by President George W. Bush so as to honour Queen Elizabeth II. In November that year, he was appointed as the principal conductor and artistic director by the Westchester Philharmonic.
He joined the well-known chef Jacques Pépin on the Artist’s Table to talk about the relationship between musical arts and the culinary arts in 2008. Perlman then lent his voice to ‘Visions of Israel,’ a WLIW New York’s series that premiered in June 2008 on PBS.
The violinist cum conductor then performed with Yo-Yo Ma, Anthony McGill and Gabriela Montero at the 2009 inauguration ceremony for President Barack Obama.
In the fall of 2012, he joined the Boston Symphony Orchestra for their opening night program. Soon after this, he joined the New York Philharmonic at the Avery Fisher Hall for their opening concert. In October 2012, he travelled to South America for recitals in Brazil, Argentina and Peru with his frequent collaborator, Rohan De Silva.
Perlman released his album titled ‘Eternal Echoes’ (2012) through the SONY Classical label. He then gave performances across New York and Boston in support of the album.
In 2016, he performed the National Anthem at the Citi Field in New York City. On 2 November 2018, on the 60th anniversary of his debut appearance on ‘The Ed Sullivan Show,’ he appeared as a special guest on ‘The Late Show with Stephen Colbert.’
Currently, Perlman also teaches at the Perlman Music Program on Long Island, sometimes holding master classes.
The Perlman Music Program
Founded in 1995 by Suki Sandler and Toby Perlman, the Perlman music program commenced as a summer camp for outstanding string musicians of the ages from 11 to 18. With time, it went on to expand to a year-long program where students are coached by Itzhak Perlman before they perform at various venues.
By introducing talented musicians to each other and making them practice together, this program strives to provide students who would otherwise practice alone with a strong network. Rather than staying isolated, they discover an area where they belong via the program.
Family & Personal Life
Itzhak Perlman lives in New York City with Toby Friedlander, his classically trained violinist wife. The couple has five kids: Navah, Noah, Rami, Leora and Ariella.
He is a distant cousin of Canadian TV personality Howie Mandel and the father-in-law of Robert Edward Ontko Johnson, the son of Darlene Ontko Johnson and Robert L. Johnson of Cincinnati.

See the events in life of Itzhak Perlman in Chronological Order 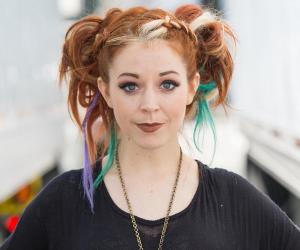