Advanced Search
Isaac Manuel Francisco Albéniz y Pascual was a noted composer and pianist, whose pieces changed the musical landscape of post-Romantic Spain. He was a child prodigy who gave his first performance at the age of four. Legend has it that by the age of 12, he ran away from home twice to give performances not only across Spain, but also in the New World. However, modern researchers have cast doubt over such claims, while agreeing that 15 years old Isaac performed at concerts in Cuba and Porte Rico, where his father accompanied him. At 16, he enrolled in the ‘Royal Conservatory of Brussels’ on a royal grant and studied there for three years. After graduating from the Conservatory, he embarked on a music career with a concert tour of the New World. At the age of 23, he met Felipe Pedrell, who advised him to study Spanish folklore and national music. Eventually, Isaac became a leading nationalistic composer who wrote countless piano pieces and orchestral works, in addition to five operas. His final years were spent in France, where he died of a kidney ailment at the age of 48. See the events in life of Isaac Albeniz in Chronological Order 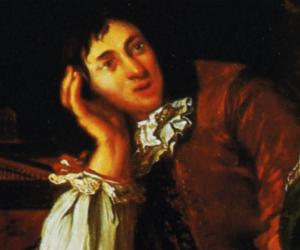