Lisa Vanderpump is an English actress, restaurateur, and television personality. She is best known for her appearances in the shows ‘Dancing with the Stars’, ‘The Real Housewives of Beverly Hills’ and ‘Vanderpump Rules’. Born in London, Vanderpump spent many years in Monte Carlo and the south of France before she relocated to California. She had a successful career in Europe and since moving to the states, she has continued to establish her identity as a prominent businesswoman. Today, the English beauty owns several restaurants, clubs, and bars in Los Angeles and London, including The Shadow Lounge, Pump, Bar Soho, SUR and Villa Blanca. More recently, she took on the role of the editor-in-chief of the ‘Beverly Hills Magazine.’ Vanderpump, who is extremely benevolent, is associated with numerous charities. Currently, she is in charge of her newly established foundation called Vanderpump Dogs. An advocate for the LGBT community, Vanderpump also serves as a spokesperson for GLAAD.
Continue Reading Below British People
Virgo Entrepreneurs
British Entrepreneurs
British Female Entrepreneurs
Women Film & Theater Personalities
Career in Films & Television
Till date, Lisa Vanderpump has starred in many films and TV shows. She made her film debut in 1973 when she appeared in ‘A Touch of Class’. After this, she played small roles in numerous episodic television programs, such as 'Leap in the Dark', 'Something in Disguise', 'Absolutely ABC', ‘Silk Stalkings' and ‘Baywatch Nights’.
In 2010, she debuted on television with the reality show ‘The Real Housewives of Beverly Hills’ as an original cast member of the show. The following year, she was a part of CNN's coverage of the wedding ceremony of Prince William and Catherine Middleton. In 2013, she started appearing in ‘Vanderpump Rules’, a spin-off of a TV program that focuses on the staff of the English entrepreneur’s West Hollywood restaurants, Pump and SUR. Then in March 2014, Vanderpump was featured in the Lady Gaga music video "G.U.Y”.
You May Like

British Film & Theater Personalities
British Female Film & Theater Personalities
Virgo Women
Continue Reading Below
Business Career
Before moving to the USA, Vanderpump designed 26 London-based restaurants and bars that she co-owned with her husband. Currently, the couple owns three restaurants in the California state: SUR and Pump Restaurant Lounge are based in West Hollywood while Villa Blanca is located in Beverly Hills. In 2011, the British diva wrote ‘Simply Divine: A Guide to Easy, Elegant, and Affordable Entertaining’.
In 2014, she released a line of homewares, ‘The Vanderpump Beverly Hills Collection by Pop Culture Promotions’. The following year, she launched a line of luxury pet accessories called Vanderpump Pets. To keep up with her philanthropic works, a portion from the sales of this pet brand goes to her Vanderpump Dog Foundation. Also in October 2016, Vanderpump came up with her line of emojis called Vandermojis. The line deals in GIFs, audio messages and stickers. In March 2017, she joined ‘Beverly Hills Lifestyle Magazine’ as its editor-in-chief.
Personal Life
Lisa Vanderpump was born on 15 September 1960 in London, England. She had resided in both Cheltenham and London before moving to Monaco. Later, she relocated to Beverly Hills, California along with her family.
Coming to her love life, the English TV personality cum entrepreneur is married to Ken Todd. The couple has two children, daughter Pandora and adopted son Max. Vanderpump also has a step-son named Warren Todd who was born from Ken’s previous marriage.
Together with her husband, Lisa Vanderpump supports Keep Memory Alive. This organization aims to build awareness regarding various neurological disorders, such as Amyotrophic lateral sclerosis (ALS), Huntington's disease, Alzheimer's disease and Parkinson's disease.
In 2014 she received a Golden Palm Star on Palm Springs Walk of Stars. She won the Ally Leadership Award from the LGBT rights organization ‘Equality California’ in 2015. 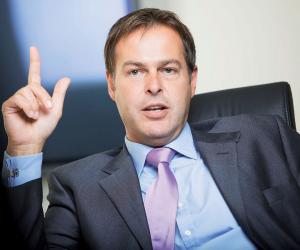 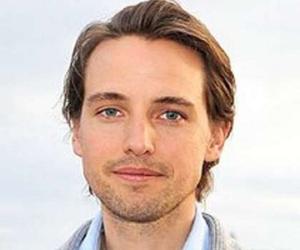