(One of the Greatest Bulgarian Football Players of All Time)

Hristo Stoichkov is a retired Bulgarian international footballer. He is generally regarded as one of the most talented players of his generation and widely considered the greatest Bulgarian footballer of all-time. He has played as a forward for clubs as well as for his country. He has been nominated twice as runner up for the FIFA World Player of the Year. Aside from this, he was the winner of the prestigious Ballon d’Or as well. Furthermore, in 2004, the legendary Pele had inducted him into the list of FIFA 100 which is comprised of the world’s greatest living players. Along with being a very talented player, he was also a quite controversial one. He was notorious for his bad temper which affected his relationship with his fellow players and even the referees. His behavioral issues also hampered his later managerial career as the players found him difficult to work with. He is currently a football commentator for Univison Deportes, a Spanish language broadcast television network. Mario Lemina
DID WE MISS SOMEONE?
CLICK HERE AND TELL US
WE'LL MAKE SURE
THEY'RE HERE A.S.A.P
Quick Facts

See the events in life of Hristo Stoichkov in Chronological Order 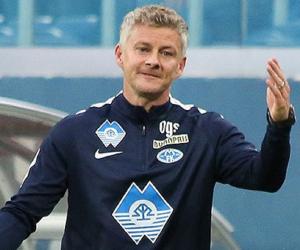