Born into an important political family, British actor Helena Bonham Carter endured a difficult childhood, having to cope with her parents’ ill-health. Her debut movie ‘Lady Jane’ and her subsequent roles in the Merchant-Ivory productions, such as ‘A Room with a View’ and ‘Howards End,’ cemented her place in the film industry. Critic Richard Corliss referred to her as “a modern antique goddess.” Wanting to avoid being typecast, the actor began working with commercially successful, but artistically respected filmmakers like Tim Burton, who went on to become her partner. Her relationship with Burton helped her personally and professionally. She worked in many of Burton’s films, such as ‘Planet of the Apes,’ ‘Big Fish,’ ‘Sweeny Todd,’ and ‘Alice in Wonderland.’ Apart from these Burton films, she played the mad witch ‘Bellatrix’ in several ‘Harry Potter’ films. She also played the innkeeper ‘Madame Thénardier’ in the big-budget musical ‘Les Misérables’ and ‘Miss Havisham’ in ‘Great Expectations.’ Three of her standout performances came in films, ‘Wings of the Dove,’ where she played the manipulative ‘Kate Croy,’ ‘The King's Speech,’ where she played ‘Queen Elizabeth,’ and ‘Sweeney Todd: The Demon Barber of Fleet Street.’ As an actor, she has proved her versatility, playing important roles in several movies of various genres. Talulah Riley
Actresses #23
Film & Theater Personalities #54
DID WE MISS SOMEONE?
CLICK HERE AND TELL US
WE'LL MAKE SURE
THEY'RE HERE A.S.A.P
Quick Facts

British People
British Women
Gemini Actresses
British Actresses
Actresses Who Are In Their 50s
Childhood & Early Life
Helena Bonham Carter was born on May 26, 1966, in Islington, London, England, to Elena, a psychotherapist, and Raymond Bonham Carter, a merchant banker.
She came from a renowned political family. Her paternal grandparents were successful politicians. She was the great grand daughter of former British PM Asquith. She has two older brothers, Edward and Thomas.
Her childhood was traumatic. Her mother had a serious nervous breakdown and took three years to recover. Her father suffered complications during a surgery to remove a tumor which left him half-paralyzed.
Educated at ‘South Hampstead High School,’ she completed her A-levels at ‘Westminster School.’ ‘King's College,’ Cambridge, would not admit her because they felt that she would discontinue the course to pursue her acting career. 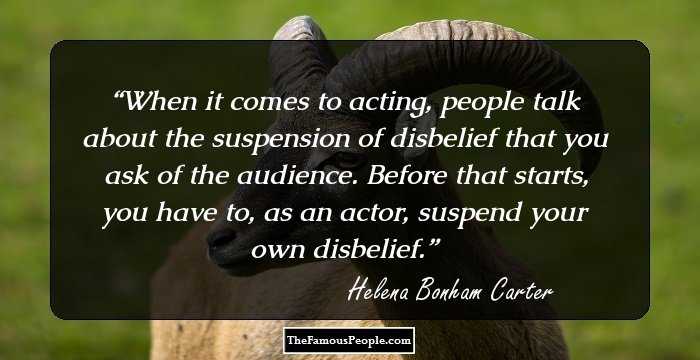 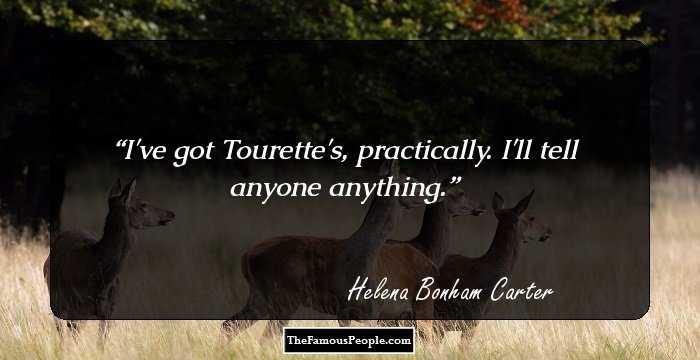 Continue Reading Below
Major Works
In the 1997 film ‘The Wings of the Dove,’ which is an adaptation of a novel written by Henry James, Helena Bonham Carter played the manipulative ‘Kate Croy.’ Her performance won her an ‘Oscar’ nomination and many other accolades.
She delivered a stunning performance in Tim Burton’s ‘Sweeney Todd: The Demon Barber of Fleet Street,’ a 2007 musical horror film. Her performance as ‘Mrs. Nellie Lovett’ was applauded, and she received many accolades.
Awards
Helen Bonham Carter was nominated twice for the ‘Oscars’ for her performances in ‘The Wings of the Dove’ and ‘The King's Speech.’ She has also received many ‘Golden Globe’ nominations.
In 2011, for ‘The King's Speech,’ she won a ‘BAFTA’ for ‘Best Supporting Actress,’ and shared the ‘Screen Actors Guild Outstanding Performance by a Cast in a Motion Picture Award’ with her co-stars.
She won two ‘Empire Awards’ for ‘Best Actress’ for ‘Sweeney Todd’ and ‘Fight Club.’ The ‘Empire Award’ is an accolade bestowed by ‘Empire,’ Britain's best-selling film magazine.
In 2008, she was presented with the ‘Evening Standard British Film Award’ for her performances in ‘Conversations with Other Women’ and ‘Sweeney Todd.’ 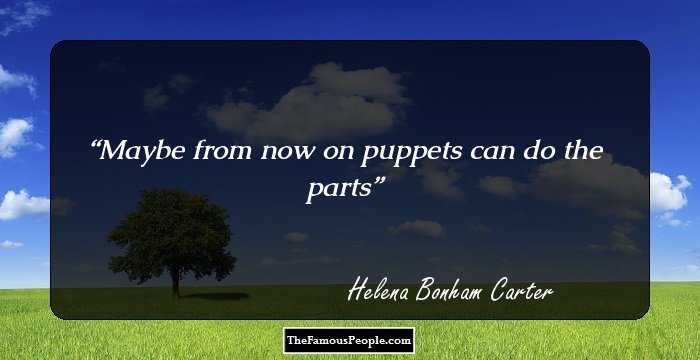 Personal Life & Legacy
Helena Bonham Carter was in a relationship with actor Kenneth Branagh. In 2001, she started dating director Tim Burton. The couple has two children - Billy Raymond and Nell. Burton and Bonham Carter went their separate ways in 2014.
Trivia
This talented actor was named by ‘The Times’ as one of the ‘Top 10 British Actresses of all time.’ She was ranked No. 99 on the Telegraph‘s list of ‘100 most powerful people in British culture.’
This actor has used fake teeth in several of her films, including ‘Planet of the Apes,’ ‘Charlie and the Chocolate Factory,’ and the ‘Harry Potter’ film series.
Four of her relatives were killed in a safari bus crash in South Africa in 2008.