DID WE MISS SOMEONE?
CLICK HERE AND TELL US
WE'LL MAKE SURE
THEY'RE HERE A.S.A.P
Popularity Index
101
Actresses #492
Film & Theater Personalities #1247
Quick Facts

Who is Ha Ji-won?

Jeon Hae-rim, well-known by her stage name Ha Ji-won, is an accomplished South Korean actress. In her over two decades long acting career, she has given several award winning performances in both small and big screen that have won her fame and popularity even beyond the national borders. Through her versatility in performing different roles from various genres like comedy, drama, action and horror, this critically acclaimed and commercially successful actress has been successful in cementing her position in the showbiz. A graduate from ‘Dankook University’ with a degree in Bachelor of Film and Television (BFTV), she landed up with her debut role in the television series ‘New Generation Report: Adults Don’t Understand Us’. Her film debut happened after a few years with the thriller’ Truth Game’. Over the years she has delivered several notable performances in both TV series and films with great elan. Some of her notable TV series are ‘Secret Garden’, ‘Something Happened in Bali’, ‘Empress Ki’, ‘Damo’ and ‘Hwang Jini’. Notable and award winning big screen performances of this ravishing diva include films like ‘Sex is Zero’, ‘Duelist’ and ‘Closer to Heaven’ among others. Cancer Actresses
Actresses Who Are In Their 40s
South Korean Actresses
Women Film & Theater Personalities
Childhood & Early Life
Ha Ji-won was born Jeon Hae-rim on June 28, 1978, in Seoul, South Korea, as the second oldest child of Yoon-bok Jeon and Yoon-soon Son. She has two sisters and one younger brother of whom her brother Jeon Tae-Su is also an actor.
As a child Ji-won always wanted to be an actress. During her high school days she was contacted by an agency that spotted her picture in a photo studio.
She attended ‘Dankook University’ from where she completed her graduation with a degree in Bachelor of Film and Television (BFTV).
Continue Reading Below
You May Like

South Korean Film & Theater Personalities
South Korean Women Film & Theater Personalities
Cancer Women
Career
According to her, she landed up with her TV debut role in the teen drama series ‘New Generation Report: Adults Don’t Understand Us’ (1996) after auditioning for around 100 projects.
This was followed by two more television series namely ‘Dragon's Tears’ (1998) and ‘Dangerous Lullaby’ (1999) before she started getting attention as an actress with the popular high school drama series ‘School 2’ (1999). She featured as Jang Se-jin, a troubled teenage girl, in the series which aired on KBS2.
Her first film role of Han Da-hye, a bipolar character, came in 2000 with the thriller ‘Truth Game’ where she starred opposite Ahn Sung-ki. The role that she managed to clinch among 1500 prospective candidates fetched her several awards including ‘Best New Actress Award’ at the 37th Grand Bell Awards that year.
She then featured in the South Korean science-fiction romance film ‘Ditto’ that released on May 27, 2000. Her performance in the film earned her the ‘Best Supporting Actress Award’ at the 21st Blue ‘Dragon Film Awards’ that year.
Her next film ‘Nightmare’ was a South Korean horror flick written and directed by Ahn Byeong-ki. It became the 6th best selling film of 2000.
She next appeared in 2000 in the role of Lee Ji-eun in the South Korean TV series ‘Secret’. She earned the ‘Best New Actress Award’ at the 2000 MBC Drama Awards and the ‘Best New Actress (TV) Award’ at the 37th Baeksang Arts Awards in 2001 for the role.
Moving on in 2001, she clinched her first leading role in the KBS2 aired TV drama series ‘Beautiful Life’.
The July 2002 released South Korean horror film ‘Phone’ featured her in the leading role of a young journalist Ji-won. The film went on to gross US$21,784,403 at the box office.
Her December 2002 ‘Sex Is Zero’ was inspired from the 1999 teen sex comedy film ‘American Pie’ and emerged as a blockbuster hit. It grossed $23,20,856,048 at the box office and became the fifth most popular film of that year.
Continue Reading Below
Her role of Lee Eun-hyo in ‘Sex Is Zero’ earned her Photogenic Award at the 3rd Korea Visual Arts Festival in 2002 and the Most Popular Actress (Film) at the 39th Baeksang Arts Awards in 2003 apart from bolstering her rising popularity.
Her next notable TV series, that became some sort of a cultural phenomenon, was the extremely popular South Korean fusion historical drama ‘Damo’ (2003) set in the Joseon Dynasty. Her leading role of Jang Chae-ok (Jang Jae-hee) in the series that aired on MBC garnered her three MBC Drama Awards that year.
She next featured in the TV heavy melodrama, ‘What Happened in Bali’ (2004) and impressed the audience with her acting. It only furthered her rising popularity apart from fetching her several awards including Best Actress (TV) at the 40th Baeksang Arts Awards in 2004.
She played the lead role in the period drama ‘Hwang Jin Yi’ (2006), which was based on the real-life character of Hwang Jin Yi, a famous gisaeng from the 16th-century Joseon Dynasty. The series that aired on KBS2 became a huge success paving way for other gisaeng-themed entertainments like TV dramas, musicals, films and cartoons.
She bagged several awards for her remarkable performance in ‘Hwang Jin Yi’ including the Grand Prize (Daesang) at the 2006 KBS Drama Awards.
The Yoon Je-kyoon directed South Korean disaster film ‘Haeundae’ (2009) that featured her in the starring role of Kang Yeon-hee became a huge commercial and critical success. It emerged as the 4th highest-grossing film in South Korea and fetched Ji-won the honour of "The 10 Million Movie Actress" apart from other awards.
She made her comeback to TV drama after a hiatus of four years with the leading role of Gil Ra-im, a stunt woman, in the hit South Korean romance comedy fantasy TV series ‘Secret Garden’ that aired on SBS from November 13, 2010 to January 16, 2011. It fetched her several awards at the 2010 SBS Drama Awards.
She continued with her brilliant performances portraying different roles in notable films like ‘Sector 7’ (2011), ‘The Huntresses’ (2014) and ‘Life Risking Romance’ (2016). Her forthcoming film ‘Manhunt’, a police thriller that premiered at the 74th Venice International Film Festival is planned for a Hong Kong and China release on November 23 and November 24, 2017 respectively.
Her other notable TV series are ‘The King 2 Hearts’ (2012) and ‘Empress Ki’ (2013-2014) of which the latter won her the second Daesang award of her career.
Over the years she has appeared in music videos of several artists including Mother's Diary (2000) and Oppa (2003) for Wax and Love Story (2008) for Rain. She also wrote the song ‘Now In This Place’ that was composed by singer The Film and released in June 2015.
Personal Life
Not much is known about romantic association of Ji-won except that she had two relationships prior to her rumoured relationship with Taiwanese actor Chen Bolin.
She is associated with charitable activities and has also pledged to donate her cornea via the Organ Donation Center of Love. Her active pursuits in contributing to programs aiding unprivileged and handicapped families earned her Prime Minister's Award for the '2008 Family Month Event'. 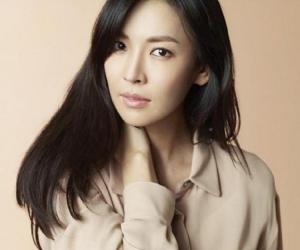 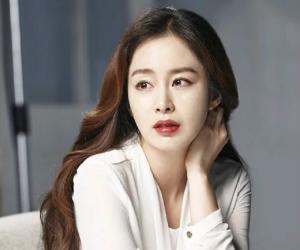