Granville Sharp was a social reformer and a leading British abolitionist who was one of the founders of the Society for Effecting the Abolition of the Slave Trade and served as the first chairman of the Society. He lived in an era when most abolitionists were of the view that Slave Trade was wrong because of the inhumane treatment often meted out to the slaves. Sharp was one of the early abolitionists who argued that it was the very concept of enslaving blacks and curbing their right to lead an independent life that was wrong, and treating slaves “humanely” did not justify Slave Trade. He first became interested in the abolitionist movement after he became acquainted with a young slave who had been badly beaten up and left to die by his master. An idealistic and compassionate individual, Sharp fought hard to ensure that the slave was freed from his cruel master. Over a period of time he was approached by more slaves who begged for his help and soon Sharp became a leader of the abolitionist movement in Great Britain which was by far the largest trafficker in slaves. He also supported the Sierra Leone resettlement project, which encouraged former slaves to settle in west Africa 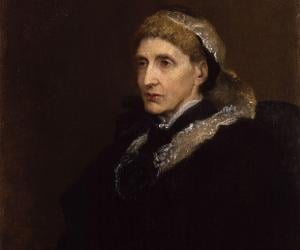 Founder/Co-Founder: Society for Effecting the Abolition of the Slave Trade

British People
British Men
Male Activists
British Activists
British Social Reformers
Childhood & Early Life
Granville Sharp was born on 10 November 1735 in Durham. His father Thomas Sharp was the Archdeacon of Northumberland and a prolific theological writer. His mother’s name was Judith. Granville had 13 siblings of whom several died in their infancy.
He was primarily educated at home though he also attended Durham School for some time.
He was apprenticed to a London linen-draper when he was 15. While working there he taught himself Greek and Hebrew.
Continue Reading Below
You May Like

Who Is The Most Popular BTS Member?
Later Years
His apprenticeship ended in 1757 and the next year he found a position as a clerk in the Ordnance Office at the Tower of London. He was an intelligent and curious young man who loved to pursue scholarly interests in his leisure time, and this job gave him ample opportunities for that.
His brother William was a surgeon who treated the local poor for free. On one of his visits to his brother’s surgery in 1765, Granville met a young black man, Jonathan Strong, who had been badly beaten by his master, David Lisle, and thrown into the streets. The Sharp brothers tended to his injuries and months later when Jonathan was fit enough, they found him a job with a friend of theirs.
Jonathan Strong’s miseries were, however, far from over as he was kidnapped by Lisle and sold to a planter. Once again Granville Sharp rushed to his aid and demanded that Strong be taken before the Lord Mayor, who declared him a free man.
Following this incident, Sharp was hailed as a "protector of the Negro" and more slaves appealed to him for help. In 1771, a slave named James Somerset approached him with his case. Somerset, who had been brought to Britain from Jamaica, ran away from his master and was recaptured and put on a ship bound for Jamaica. Sharp presented the case before Lord Mansfield, the Lord Chief Justice of England, who after many months of legal argument, declared that a master had no right to force an enslaved person to return to a foreign country and thus Somerset was freed.
Over the next several years he continued campaigning for the abolition of slavery and became known as the leading English abolitionist of that era. He was also a prolific writer and wrote several anti-slavery pamphlets including ‘A Declaration of the People's Natural Right to a Share in the Legislature’ (1774), ‘A Declaration of the People's Natural Right’ (1775), ‘The Law of Retribution‘(1776) and ‘The Just Limitation of Slavery in the Laws of God’ (1776).
Sharp was approached by Olaudah Equiano, a prominent freed slave, in the early 1780s regarding a case where several slaves had been massacred on board a slave ship. In 1781, the owners of a slave ship Zong had thrown 132 slaves overboard to their death in order to save drinking water and later tried to claim the value of the slaves on insurance. Sharp became active in the legal proceedings and helped to publicize the abuse involved in slave trade. Even though the owners were never charged with murder, Sharp’s efforts helped to turn public opinion against the slave trade.
He, along with some other like-minded abolitionists like John Barton, William Dillwyn, Joseph Woods, and Thomas Clarkson, founded the Society for Effecting the Abolition of the Slave Trade, in 1787. The major goals of the society were to inform the public of the inhuman and immoral treatment meted out to enslaved Africans by their owners, and to campaign for a new law to abolish the slave trade.
Major Works
Granville Sharp was a leading early abolitionist in England and one of the founders of The Society for Effecting the Abolition of the Slave Trade which was formed in 1787. The society worked to educate the public about the abuses of the slave trade and finally achieved abolition of the international slave trade in 1807.
Personal Life & Legacy
Granville Sharp died on 6 July 1813 and was buried at All Saints' Church, Fulham, beside his brother William Sharp and sister Elizabeth Prouse.
Recommended Lists:
Activists #776
You May Like

See the events in life of Granville Sharp in Chronological Order