George Jung was an American former smuggler and drug trafficker, known as one of the prominent names in the cocaine trade in the U.S. in the 1970s, and the early 1980s. Born and raised in Massachusetts, George did not have a strong academic background. In his teenage years, he was arrested for solicitation of prostitution. Following his high-school graduation, he joined the ‘University of Southern Mississippi’ but dropped out soon. In his late teenage years, he began using marijuana and selling it to make some profit. He came in touch with a friend and started smuggling marijuana from California to New England. He soon began smuggling drugs through flights from California to Boston. The business boomed, and George grew rich. However, in 1974, he was arrested in Chicago. While in prison, he met another drug trafficker and stepped into the business of cocaine trade, flying cocaine from Pablo Escobar’s Colombian ranch into the U.S. George made millions before getting arrested again in the late 1980s. However, he did not quit the business and was arrested again in the 1990s. He was released from prison in 2017. 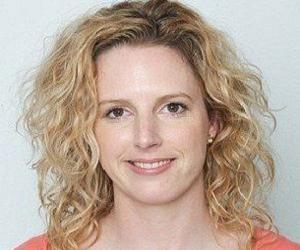 Angela Raiola
Drug Lords #4
Criminals #34
DID WE MISS SOMEONE?
CLICK HERE AND TELL US
WE'LL MAKE SURE
THEY'RE HERE A.S.A.P
Quick Facts

George Jacob Jung was born on August 6, 1942, in Boston, Massachusetts, U.S., to Fred and Ermine Jung. Soon after he was born, the family moved to Weymouth, Massachusetts, where George began attending school. He was not a bright student and spent most of his time playing football, becoming a star player on the team. He was described by his classmates as a person who had all the qualities of a natural leader.

He was raised in a lower-middle-class family. It impacted his childhood, and he began indulging in petty crimes as a teenager. He was studying in ‘Weymouth High School’ when he was arrested for the first time, for soliciting a prostitute who turned out to be an undercover cop. He was in prison for a while but was released soon.
He somehow graduated high school with poor grades. He then attended the ‘University of Southern Mississippi,’ where he pursued a bachelor’s degree in advertising. However, he soon lost interest in education and dropped out of college.
By then, he had started using marijuana. Once, when partying with some friends in California, he offered them marijuana. One of his friends found it to be of high quality and came to know that George had bought it at a low rate. He told George that he could sell the weed in Boston at a much higher price, thus making lots of profit.
He flew to Boston and sold marijuana for a little profit initially. Soon, he began buying marijuana from California and selling it in Boston regularly. This little business venture had him earning a lot of money, which he spent partying. This was the beginning of his foray into crime.
Continue Reading Below
You May Like

The Hottest Male Celebrities With The Best Abs
Crime Life
This small venture of his quickly turned into a full-time business. He would stack marijuana in his suitcase and make almost around $200 for every kilo he sold. Back then, he also had a girlfriend who worked as a flight stewardess. She helped him go unchecked at the airport security. Soon, he became a famous drug peddler in Boston.
However, his modus operandi was still quite small. The demand for marijuana grew, but he did not have enough supplies. He was buying weed from middlemen in California and selling them in Boston for some profit. He found out that the weed came from Mexico, and he decided to get in touch with the supplier. He flew to Mexico to expand his drug business.
In 1968, he arrived in Puerto Vallarta in Mexico. Initially, he found it difficult to locate the person he was looking for. The fact that he did not speak a word of Spanish made things more problematic for him. Eventually, he met a girl, who made him meet his boyfriend, a well-known drug dealer. The man suggested George ways to easily smuggle massive quantities of drugs into Boston.

This was the beginning of an arrangement that changed the face of drug usage in the U.S.A. About 700 pounds of marijuana were brought from Mexico to California and were later driven to Amherst, Massachusetts, in large vehicles. There were many middlemen in the deal. George considered the vehicle drivers unnecessary. He soon took charge of driving the drug-filled vehicles himself.

He also earned a pilot’s license over time and flew in marijuana through planes. The business grew rapidly, and he also began stealing planes to add to his business. Hence, by the early 1970s, George had become exponentially rich.
While George was cautious at first, he became overconfident with time. Soon, he began conducting his business blatantly. By the mid-1970s, he was making a quarter of a million dollars each month. However, his lack of caution had him arrested for smuggling soon.

In 1974, one of his smugglers was caught by the police. The man revealed George’s name. George was partying in Chicago when the police raided the event and arrested him. Around 660 pounds of marijuana were confiscated from him. Though marijuana was not deemed dangerous, one of George’s smugglers was also dealing in heroin, which became the reason for the strict action.

George was kept in ‘Danbury Prison,’ where he came in touch with many businessmen. He had Carlos Lehder as his cellmate. Carlos worked with the Medellin cartel, started by the most infamous drug lord in history, Pablo Escobar. George expressed his interest in doing business with them.

In April 1975, both George and Carlos were released together. They flew down to Columbia, where George met Pablo Escobar. They struck a deal, and this time, the risk was bigger, as they traded cocaine. George had to fly cocaine from Columbia into California, where the shipment was to be handed over to one of George’s contacts. However, there was one problem: George was only the middleman, and he wanted to make more money.

Continue Reading Below
He stole small airplanes and began charging $10,000 for every kilo of cocaine. With 300 kg of cocaine being smuggled in five planes each, he was making close to $15 million per trip. He thus grew richer every day.
The usual course of action for a person dealing in illegal earnings is to launder the money. However, once again, his lack of common sense got the better of him. He avoided laundering his money and deposited it in the national bank of Panama.
In 1987, he was arrested from his mansion at Nauset Beach, near Eastham, Massachusetts. He was somehow carrying a low quantity of cocaine and was thus subjected to a short prison sentence. However, he skipped bail and testified against Pablo Escobar and others. He was hence released.

He kept a low profile for a while but could not keep himself away from the drug business, which was highly profitable and thrilling. In 1994, he came in touch with his old Mexican drug smuggler friend and was again caught with kilos of cocaine in Kansas. Following this, he was sentenced to 60 years in prison and was kept in a federal prison in New York.

George Jung was eventually released from prison in November 2014. However, he was arrested yet again for parole violation after making a paid appearance as a guest at an event. He was arrested and kept in a halfway house until July 2017.

The American film ‘Blow,’ which was released in 2001, was based on George’s real-life antics. The film featured Johnny Depp as George.

Personal Life & Death
George Jung married his long-time girlfriend, Mirtha, in 1977. They divorced in 1984. He had a daughter named Kristina Sunshine Jung from his marriage.

George Jung died on May 5, 2021, from liver and kidney failure, at his Weymouth, Massachusetts home. He was 78.

See the events in life of George Jung in Chronological Order