Kristina Sunshine Jung is an American entrepreneur and actor, who is better known as the daughter of famous drug-smuggler George Jung and his ex-wife, Mirtha Jung. She came under the spotlight after the release of the ‘Oscar’-nominated 2001 movie 'Blow,' which was based on her father’s life. The film showcased the tumultuous relationship between Kristina and George and even showed their relationship end on an unhappy note. However, in real life, Kristina reconciled with her father. They now run a clothing business together. Kristina had an unstable childhood due to the drug-related history of both of her parents. She was raised by her grandparents and her aunt. Ivanka Trump
1st August In History
DID WE MISS SOMEONE?
CLICK HERE AND TELL US
WE'LL MAKE SURE
THEY'RE HERE A.S.A.P
Quick Facts 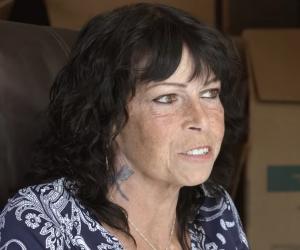 American People
Leo Entrepreneurs
American Business Women
American Entrepreneurs
Leo Women
Birth & Early Life
Kristina was born Kristina Sunshine Jung, on August 1, 1978. She had a difficult childhood, as both her parents had a criminal past. Her mother, Mirtha, was a drug addict and continued to be one until Kristina was around 3 years old.
Mirtha consumed drugs even she was pregnant. She was jailed for drug possession when Kristina was a toddler. Mirtha was already divorced from George by then. At the same time, Kristina’s father, too, was imprisoned for smuggling drugs. Such conditions made Kristina’s childhood extremely difficult.
Kristina was then raised by her grandparents, Frederick and Ermine Jung. Their immense effort in raising Kristina added some stability to her childhood. They looked after Kristina and would always send her a huge box full of clothes and toys every new school year, on holidays, on her birthday, and on every special occasion. However, this stopped when her grandfather passed away. Kristina was then sent to her aunt Marie Jung’s place, where she grew up. She stayed with her aunt till she turned 18. Kristina often displays her love and gratitude for her grandparents and her aunt through her 'Instagram' and 'Facebook' posts.
While in prison, Mirtha made several efforts to get rid of drugs. After, completing her stint in jail, she quit drugs. She has been living a clean life since then. Kristina’s father, however, continued smuggling drugs.
The 2001 ‘Academy Award’-nominated film 'Blow' was based on the life of Kristina’s father. The film highlighted Kristina’s sour relationship with her father. According to the film, she had never visited George when he was in jail. However, it was reported that after the release of the film, the equation between them changed. There were rumors that Kristina had met George in the spring of 2002. Their bond strengthened when George was released in 2014. They are now often spotted together at public events and functions.
Continue Reading Below
Career
Kristina is an entrepreneur and a lesser-known actor. She runs a clothing business along with her father. Their clothing brand is known as 'BG Apparel and Merchandise.’ Kristina also appeared in 'Blow.' She did a court scene with Johnny Depp, who essayed her father’s role in the movie. Unfortunately, the scene was later deleted by 'Warner Bros.' on the federal government’s request. The deleted scenes can now be seen in the DVD version of the movie.
Kristina is reportedly working on a book about her mother, which is expected to be released soon.
Personal Life
Kristina is married to Romain Karan. She has a daughter named Athena Romina Karan. Not much is known about her other children. Kristina has lived in several parts of the US, such as San Mateo, Concord, Millbrae, Napa, Pittsburgh, and Walnut Creek. However, she has stayed the most in California. 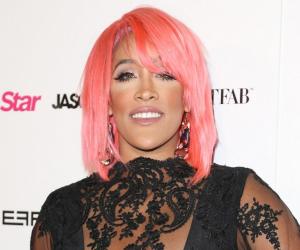