King George IV was the king of the United Kingdom of Great Britain and Ireland as well as the ruler of Hanover. Born in mid-eighteenth century, he was the eldest son of King George III. Raised under strict discipline, he constantly rebelled against his father. At the age of eighteen, he was provided with a separate income and establishment. Being a little too fond of women and wine, he threw himself into an extravagant lifestyle that displeased his austere father to no end. Concurrently, he started rebuilding Carlton House and very soon transformed it into a glittering court, incurring a huge debt, which his father refused to pay unless he married his cousin, Princess Caroline of Brunswick. At the age of forty-eight, he became the Prince Regent and at fifty-eight, the King of the United Kingdom. Both as a regent and a king, he interfered very little with the governance, establishing the tradition that prime ministers should be allowed to work freely. Instead, he devoted himself to art and architecture, collecting masterpieces and rebuilding Royal Pavilion in Brighton and Winsor Castle and Buckingham House in London. His extravagant lifestyle made him very unpopular with the masses, and he died unlamented at the age of sixty-seven. 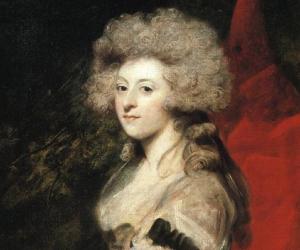 Edward I of Eng...
Emperors & Kings #132
Historical Personalities #145
DID WE MISS SOMEONE?
CLICK HERE AND TELL US
WE'LL MAKE SURE
THEY'RE HERE A.S.A.P
Quick Facts

British People
British Emperors & Kings
British Historical Personalities
Leo Men
Childhood & Early Life
King George IV was born on 12 August 1762 at St James's Palace, London, and was christened, George Augustus Frederick. At that time, his father, King George III, the third British monarch from the House of Hanover, was the King of Great Britain and Ireland and the Prince-Elector of Brunswick-Lüneburg.
His mother, Charlotte of Mecklenburg-Strelitz, belonged to the House of Mecklenburg, a north German dynasty that ruled in the Mecklenburg region until 1918. Although George shared a strained relationship with his father from the very beginning, he was always close to his mother.
Born eldest of his parents’ thirteen surviving children, he had six brothers and six sisters. Two more brothers, Prince Octavius and Prince Alfred died in childhood. His sisters were Princess Charlotte, Queen of Württemberg; Princess Elizabeth; Princess Augusta Sophia; Princess Mary, Duchess of Gloucester and Edinburgh and Princess Amelia.
Among his surviving brothers, Prince Frederick, Duke of York and Albany, predeceased him while Prince William Henry succeeded him as King William IV. Others were Prince Edward, Duke of Kent and Strathearn; Ernest Augustus I of Hanover; Prince Augustus Frederick, Duke of Sussex and Prince Adolphus, Duke of Cambridge.
At birth, George Augustus Frederick automatically became Duke of Cornwall and Duke of Rothesay due to his position as the eldest son of the monarch. Five days later, he was created Prince of Wales and Earl of Chester. Then on 18 September, he was baptized by the Archbishop of Canterbury.
In 1762, King George III acquired Buckingham House and the family moved to the new address although the James Palace remained their official address. Consequently, young George spent a lot of time here.
Having been made the Knight of the Garter at the age of three, George IV was naturally introduced to ceremonial functions at an early age. At the same time, he was insulated from the outside world and was raised under strict discipline in accordance to royal tradition of those days.
In 1771, Princes George and Prince Frederick began their education at Kew Palace under the guardianship of Robert Darcy, 4th Earl of Holderness, remaining in his charge until 1776. Also from 1771 to 1776, the princes studied with William Markham, Bishop of Chester, one the most learned men of that time.
Holderness was not at all suitable for his job, being referred to as ‘solemn phantom’ by Horace Walpole. Moreover, in spite of their young age, they were required to spend eight hours a day studying with their tutor. Therefore, the time was not very pleasant for the princes.
In 1776, William Markham was replaced by Richard Hurd, who was the Bishop of Lichfield and Coventry at that time. It is possible that the Prince of Wales studied under him until 1781.
As a young boy, George was handsome and intelligent, quickly mastering German, French and Italian. He liked Shakespeare and had some musical ability. However, his spellings were reported to be poor.
Continue Reading Below
You May Like