Gaius Cassius Longinus, better known as Cassius, was a Roman senator and military general who had made the plot to assassinate Julius Caesar in 44 B.C. He was Brutus’s brother-in-law and was married to his half-sister, Junia. He managed forces with Brutus during the Battle of Philippi, against the army led by Mark Antony and Octavian. He was driven out of Rome after Caesar’s murder and later committed suicide after losing to Mark Antony. Cassius had an inclination toward philosophy and had converted to Epicureanism later in life. He features in the works of many literary geniuses, such as Shakespeare and Dante. Though Cassius is remembered as an efficient military commander, according to a lot of scholars, he was not liked by many and was mostly feared by his subordinates.
Continue Reading Below Italian People
Male Leaders
Italian Leaders
Italian Military Leaders
Libra Men
Childhood & Early Life
It is believed Cassius was born on October 3, before 85 B.C., in Rome, Italia, Roman Republic. He was from an old Roman family, known as “gens Cassia.”
Not much is known about his early life. However, one story about him narrates how he had once had an altercation with the son of Sulla, the dictator, in school. He was fluent in Greek and was taught philosophy by Archelaus of Rhodes.
Continue Reading Below
You May Like

The Best Black Actresses Of All Time
Early Career
In 53 B.C., Cassius served under Marcus Licinius Crassus of the “1st Triumvirate” as a “quaestor.” During the Battle of Carrhae, against the Parthians, he saw Crassus being defeated badly.
Following this, he gathered what was left of the Roman army that had lost at Carrhae (present-day Harran, Turkey). He returned later, in 52 B.C., and defeated the Parthians.
Cassius began controlling Syria and earned money from people who wanted to trade in the area. Thus, he became rich fast.
Cassius was made the “Tribune of the Plebs” in 49 B.C. Soon, a civil war broke out between Caesar and the ‘Optimates.’ That saved him from being tried for extortion in Syria.
The war initially saw him manage part of the fleet of Caesar’s rival, Pompey the Great (or Pompeius Magnus). Soon, Pompey lost to Caesar at Pharsalus, Thessaly (48 B.C.). However, Cassius was forgiven by Caesar for supporting the Pompeian side and was then appointed as a legate. He was also made the “praetor peregrines” of Rome in 44 B.C.
Thus, he became the second-highest ranking official of Rome. He was to be made the governor of Syria in the ensuing year.
Assassination of Caesar
The fact that his junior, Marcus Junius Brutus, was made the “praetor urbanus” angered him. Since he was married to Junia Tertulla, Brutus’s half-sister, and was also an associate of Brutus when he supported Pompey, he could not go against him.
Nevertheless, he began conspiring against Caesar, eventually planning his murder. Although Cassius was the mastermind behind the assassination plot, Brutus became the leader of the rebels against him.
On March 15 (the Ides of March), 44 B.C., Cassius and his associates attacked Caesar and killed him. However, when Mark Antony took over, the people of Rome went against them.
Continue Reading Below
Some sources say that Cassius had wanted to kill Antony when they had killed Caesar, but Brutus had stopped him from doing so.
After the Assassination
Public anger forced them to leave Rome after the assassination, and they went to Syria. There, Cassius formed a huge army and defeated Publius Cornelius Dolabella, one of Marc Antony’s trusted counselors.
In 43 B.C., Mark Antony, Octavian (who became Emperor Augustus later), and Marcus Aemilius Lepidus formed the “Second Triumvirate.” Cassius and Brutus, along with their forces, crossed the Hellespont and Thrace. They eventually settled near Philippi, Macedonia.
They wanted to wait till their opponents starved. However, the war began soon after. Brutus defeated Octavian. Cassius, however, was defeated by Mark Antony.
It is believed, Cassius had then requested his soldiers to kill him. Brutus described him as “the last of the Romans.” Cassius was buried at Thasos.
Cassius & Epicureanism
Cassius had always been deeply interested in philosophy. It is believed that between 48 and 45 B.C., Cassius had converted to Epicureanism, the school of thought laid down by ancient Greek philosopher Epicurus. The exact date of his conversion is still debatable.
Epicurus propagated a total withdrawal from politics. However, it is believed by many that Cassius had used this philosophy and tailored it to suit his needs and his act of murdering Caesar.
Roman statesman and philosopher Cicero linked Cassius's brand of Epicureanism with his desire to look for peace after the civil war between Caesar and Pompey.
American scholar Miriam Griffin stated that Cassius had probably converted in 48 B.C., after fighting on Pompey’s side at the Battle of Pharsalus.
Italian scholar Arnaldo Momigliano believed Cassius had converted in 46 B.C. His assumption was based on a letter written by Cicero to Cassius in January 45 B.C.
Family & Personal Life
Cassius was married to Junia Tertia (or Tertulla). Junia was the third daughter of Roman matron Servilia and her second husband, Decimus Junius Silanus. Junia was thus also a half-sister of Cassius’s associate Brutus.
Junia was also rumored to be the illegitimate daughter of Julius Caesar and Servilia. Cassius and Junia had a son, who was born in around 60 B.C. Junia is believed to have lived until 22 A.D.
Legacy
In Italian poet Dante's ‘Inferno’ (Canto XXXIV), Cassius has been depicted as one of the three people who had sinned enough to be chewed by Satan forever, in one of his three mouths, at the center of Hell. This was shown as a punishment for murdering Julius Caesar.
Cassius is also a major character in William Shakespeare's popular play ‘Julius Caesar.’
Trivia
Cassius did not use his portrait on the coins he issued. Instead, he showcased the image of Liberty, either bare headed or veiled, as part of his propaganda.
Plutarch described him as someone with “violent and uncontrolled passions” and believed Cassius was not liked by his subordinates, primarily because of his habit of instilling fear in them.
You May Like 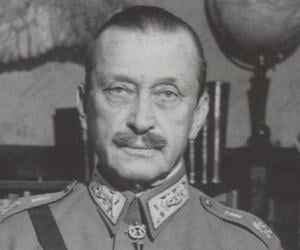