Freida Pinto is an internationally known Indian actress, who rose to prominence with her very first film, ‘Slumdog Millionaire’. Raised in Mumbai in an educated middleclass family, she dreamed of becoming an actress since she was five years old; but was compelled to continue her studies until she graduated at the age of twenty. Thereafter, she joined Elite Model Management and began her modeling career. Concurrently, she started giving auditions for film and television roles; but failed to grab a single role until she was chosen to host ‘Full Circle’ in 2007. In the following year, she underwent a six months long grueling audition with Danny Boyle, and was eventually bselected for the role of Latika in ‘Slumdog Millionaire’. She made her mark in spite of the limited scope. Since then, she has been appearing in several American and British productions, receiving major attention for portraying the title role in ‘Trishna’ as well as the role of Elaheh in ‘Desert Dancer’. She is also involved in humanitarian works and is very vocal about the rights of women and children.
Continue Reading Below Indian People
Libra Actresses
Indian Actresses
Actresses Who Are In Their 30s
Women Film & Theater Personalities
Childhood & Early Life
Freida Selena Pinto was born on October 18, 1984 in the Indian city of Mumbai, at that time known as Bombay, into a middleclass Mangalorean Catholic family.
Her father, Frederick Pinto, was a senior officer in the Bank of Baroda. Her mother, Sylvia Pinto, a school teacher, retired as the principal of St. John's Universal School, Mumbai. Her elder sister, Sharon ,is a producer at the Indian news channel, NDTV.
Freida was raised in Malad, a middle class neighborhood in North Mumbai. For her schooling she was sent to Carmel of St. Joseph School, located in the same neighborhood. A lively young child, she took great interest in sports and also participated in school programs as a chorus singer.
In spite of her middleclass upbringing, she developed a passion for acting early in her childhood and decided to become an actress by the age of five. As a child, she often imitated television actors and dressed like them.
In 1994, when Susmita Sen became the first Indian woman to win the Miss Universe beauty pageant, ten year old Freida was very much excited. In Sen, Freida found her role model and decided to be like her some day.
After completing her school education Freida entered St. Xavier's College, Mumbai. In college, she had English as her major and psychology and economics as her minors.
While studying in college, she took part in theatre. But until 2004, she was not sure about taking up acting as her profession. But when she saw ‘Monster’ a biographical crime drama film written and directed by Patty Jenkins, she knew that she wanted to do something like that.
Continue Reading Below
You May Like

The Sexiest Men Of 2020, Ranked
Early Career
In 2005, Freida Pinto graduated with a B.A. degree from the University of Mumbai, to which St. Xavier College was affiliated. Soon after that, she began her career as a model, eventually joining Elite Model Management, and appeared in several television and print advertisements.
Early in her career, she was featured for different well-known brands such as Wrigley's Chewing Gum, Škoda, Vodafone India, Airtel, Visa, eBay, and De Beers. However, she was less successful in her acting career. Although she appeared for numerous film and television auditions she was rejected by all of them.
In 2006, she was chosen to host ‘Full Circle’, an international travel show aired on Zee International Asia Pacific, enabling her to visit many new countries like Afghanistan, Fiji, Malaysia, Singapore, and Thailand. Although she continued with the show until 2008, a big change came to her life in 2007.
In 2007, the makers of ‘Slumdog Millionaire’ requested her modeling agency to provide them with names of some aspiring actresses and Pinto was one among the seven actresses, whose name was put forward. After six months of grueling auditions, she was finally selected to play the part of ‘Latika’.
Although Pinto had earlier performed in amateur plays she did not have any acting lessons. Therefore, the six months of auditioning with Danny Boyle was an unforgettable learning experience for her. Later, she attended a three-month workshop at ‘The Barry John’s Acting Studio’, learning some technical aspects from it.
’Slumdog Millionaire’, released at Telluride Film Festival on 30 August 2008, was a huge success. However, Freida Pinto did not get much critical notice as her role was much too limited. Nevertheless she was able to make her mark within the film industry.
The success of the Slumdog Millionaire opened up a new prospect for Pinto and by 2009 she emerged as a fashion icon, attending Fashion Week in Paris and Milan. Her outfit at the 2009 award session was highly talked about. Later that year, she was appointed a spokeswoman for L’Oreal Paris.
In 2010, Pinto had two films released; ‘You Will Meet a Tall Dark Stranger’, an American comedy-drama film by Woody Allen and 'Miral', a biographical political film by Julian Schnabel. In the former, she enacted the role of Dia while in the later film she appeared in the title role.
In 2011, she had four films released. The first was a science fiction films called ‘Rise of the Planet of the Apes’, in which she played the part of Caroline Aranha, a primatologist in love with the hero. Although the film grossed US$481.8 million, her character was criticized as one-dimensional.
Continue Reading Below
Her three other films released in 2011 were ‘Trishna’, ‘Day of the Falcon’ and ‘Immortals’. Although Pinto received positive reviews for her roles, none of the films did really well at the box office, as a result of which she did not have any new release for next two years.
In 2013 she appeared as a narrator in ‘Girl Rising’, a semi documentary film that tells the story of nine girls from nine countries struggling against social and cultural barriers. Also in the same year, she appeared in ‘Gorilla’, a music video by Bruno Mars.
In 2014, she returned to films with ‘Desert Dancer’, playing the role of heroin-addicted Elaheh, the love interest of Afshin Ghaffarian, the lead character. To enact the role, she underwent intensive training in dance. Although the film received negative review, she was praised for her performance.
2015 began with the release of ‘Knight of Cups’, an experimental film shot two years ago. Other films released in the same year were ‘Blunt Force Trauma’, ‘Black Night Decoded’ and ‘Unity’, the last being documentary film in which she appeared as one of the narrators.
In 2015, she returned to the television, guest starring in the American romantic comedy television series, ‘The Mindy Project’. From the month of September, she began hosting ‘India: Nature’s Wonderland’, a BBC nature documentary series, along with Liz Bonnin and John Gupta.
In 2016, she appeared in two short films, 'Two Bellmen Two' and 'Past Forward'. In 2017, she gave the voiceover for Geta in the animated film, 'Yamasong: March of the Hollows’ and appeared as Jas Mitra in 'Guerrilla', a six-part British drama miniseries set in early 1970s London.
On 21 June, 2018, her movie, ‘Love Sonia’, was premiered at London Indian Film Festival. Concurrently, she continues to appear in the recurring role of Vera in American television series, 'The Path'.
At present, she has two upcoming films at hand. Among them, ‘Mowgli’, in which she appears as Messua, is in postproduction stage; it is scheduled to be released in 2019. The filming for her other project, ‘Needle in a Timestack’, is in progress.
Major Works
Freida Pinto is best known for her role in 2008 British drama film, 'Slumdog Millionaire'. Appearing as Latika, the love interest of the main character played by Dev Patel, she left her mark in spite of having a very limited scope.
Personal Life & Legacy
In 2007, Pinto became engaged to Rohan Antao, with whom she was in relationship since 2003. In January 2009, she broke off her engagement to Antao and began dating her 'Slumdog Millionaire' co-actor Dev Patel. The couple separated amicably in December 2014 after almost six years of courtship.
As of now she does not have any fixed address and divides her time between Mumbai, London and Los Angeles. However, she is seen more in Los Angeles than in other cities.
Pinto is also involved in many humanitarian works and is especially interested in elevating the conditions of women and unprivileged children. In 2012, she was appointed as the global ambassador of Plan International's ‘Because I am a Girl’ campaign. Before that, in 2010, she raised $75,000 for the Agassi Foundation.
Trivia
Pinto is a Portuguese name, which means "chick".

See the events in life of Freida Pinto in Chronological Order 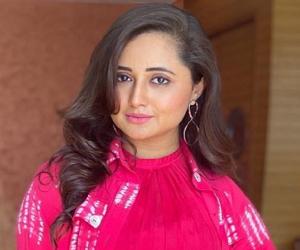