Farrah Leni Fawcett was an American actress, model, and artist best known for her role in the film ‘The Apostle.’ She had been nominated for the Emmy Award four times and the Golden Globe award six times in her career. Born in Corpus Christi, Texas, she began her career appearing in commercials. She also starred in guest roles in TV shows, such as ‘I Dream of Jeannie’ and ‘The Flying Nun’. She made her film debut with a supporting role in the French film ‘Love is a Funny Thing’. She became internationally known for her iconic red swimsuit poster which eventually became the best selling pin-up poster in history. Over the years, she appeared in several other popular TV series and films which helped to establish her as a sex symbol in the industry. Her portrayal of a private detective in the crime drama series ‘Charlie’s Angels’ was much appreciated. The series featured the adventures of three women working in a private detective agency in Los Angeles. Besides playing glamorous roles, she was also reputed for taking up dramatic roles such as the character of a battered wife in the TV movie ‘The Burning Bed.’ She was ranked at number 26 in TV Guide’s ’50 Greatest TV stars of All-Time’. She was diagnosed with anal cancer at the age of 59 and she passed away three years later. Image Credit
https://www.youtube.com/watch?v=AiP_ooAMc7A
(The Queen Of The Prom)

Image Credit
https://www.youtube.com/watch?v=AiP_ooAMc7A
(The Queen Of The Prom)

Image Credit
https://www.youtube.com/watch?v=AiP_ooAMc7A
( The Queen Of The Prom)
Previous   Next
Continue Reading Below

Zoë Kravitz
Actresses #57
Film & Theater Personalities #152
DID WE MISS SOMEONE?
CLICK HERE AND TELL US
WE'LL MAKE SURE
THEY'RE HERE A.S.A.P
Quick Facts

American Celebrities
American Women
Texas Actresses
University Of Texas
Aquarius Actresses
Childhood & Early Life
Farrah Leni Fawcett was born on 2 February 1947, in Corpus Christi, Texas in the US. Her father James William Fawcett was an oil field contractor and her mother Pauline Alice Fawcett was a homemaker. She had an elder sister named Diane.
She attended John J Pershing Middle School, in Houston, Texas. Later she attended the WB Ray High School. She was named the ‘Most Beautiful Student’ for four years.
She enrolled at the University of Texas after completing high school. A year later, she was asked by a celebrity publicist to go to California to become a model. Though her parents initially forbade her from going, later they decided to accompany her on her trip. She found a modeling contract within just two weeks, and started appearing in TV commercials as well as print advertisements. 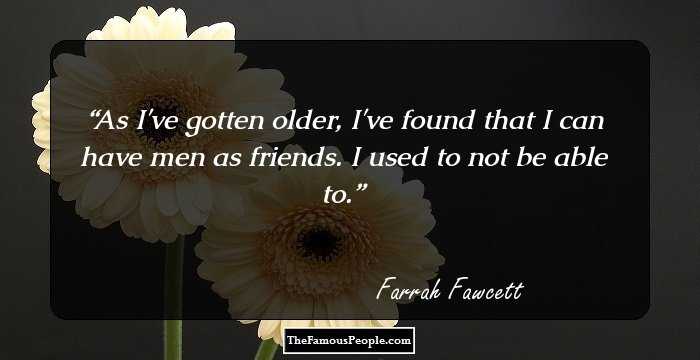 The Hottest Male Celebrities With The Best Abs
Career
Farrah Fawcett made her film debut with a supporting role in the romantic drama film ‘Love is a Funny Thing’ in 1969. The next year, she appeared in a supporting role in the film ‘Myra Breckinridge’. The film was a commercials failure, and over the years it became known as one of the worst films ever made.
Some of her early works on TV include guest roles in TV shows such as ‘Flying Nun’, ‘I Dream of Jeannie’ and ‘Getting Together’.
In 1976, Pro Arts Inc. pitched the idea of Fawcett’s poster to her agent, after which a shoot was arranged. Fawcett is believed to have done her hair without the help of a mirror. The image of her in a one-piece red bathing suit became the best selling poster in history.
Due to her growing popularity, she was offered a role in the sci-fi film ‘Logan’s Run’. Directed by Michael Anderson, film depicts a dystopian future society, where the population gets too high and the consumption of resources is rationed by killing anyone who reaches the age of 30. The film was a commercial success and was met with mixed reviews.
From 1976 to 1980, she appeared in the crime drama series ‘Charlie’s Angels’ which was about three women working as private detectives and their adventures. The show was a huge success, earning a lot of popularity. It received mixed reviews.
She played the lead role in the 1978 comedy mystery film ‘Somebody Killed Her Husband’. It was directed by Lamoni Johnson. She continued her acting career, appearing in movies, such as ‘Sunburn’ (1979), ‘The Cannonball Run’ (1981), ‘Extremities’ (1986) and ‘See You in the Morning’ (1989).
She earned her first Emmy nomination for her role in the 1984 TV film ‘The Burning Bed’. In the 1980s, she appeared in a number of TV movies, including ‘Nazi Hunter: The Beate Klarsfeld Story’ (1986), ‘Double Exposure: The Story of Margaret Bourke-White’ (1989) and ‘Small Sacrifices’ (1989).
She was not much active in the 1990s though she played an important role in the 1997 drama film ‘The Apostle’. It was directed by Robert Duvall, who also played the lead role. The film was a commercial success, and earned around four times its budget.
Her final works on the big screen were ‘Dr T & the Women’ (2000) and ‘The Cookout’ (2004). Her final works on TV include ‘Spin City’, ‘The Guardian’ and ‘Chasing Farrah’. In 2009, she appeared in the non-fiction special ‘Farrah’s Story’, the very last appearance of her career.
Continue Reading Below 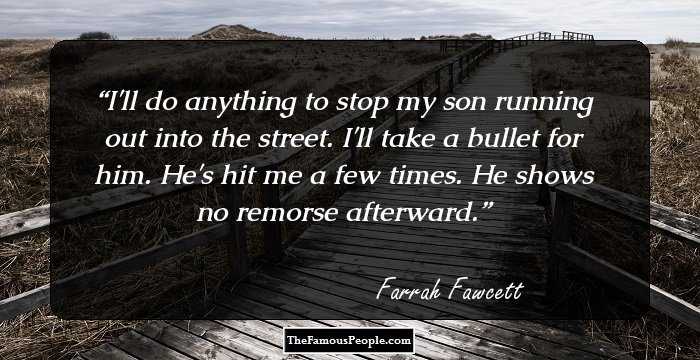 Major Works
Farrah Fawcett’s first important role on the big screen was in the 1976 thriller film ‘Logan’s Run’. Directed by Michael Anderson, the film also starred other actors, such as Michael York, Jenny Agutter, Richard Jordan and Roscoe Lee Browne. The film depicts a dystopian future society, where the population is high and the resources are scarce. This results in the killing of everyone who reaches the age of 30. The film is about a young man, who terminates other in order to escape death himself.
She played one of the lead roles in the crime drama series ‘Charlie’s Angels’. Her character works for a private detective agency that fights crime in Los Angeles. Though the series was well-received by the audience, it was criticized for having no intelligent substance. The other actors who starred in the show were Kate Jackson, Jaclyn Smith, Cheryl Ladd, Shelly Hack and Tanya Roberts.
Fawcett played the lead role in the American thriller film ‘Extremities’ which also starred Alfre Woodard, Diana Scarwid and James Russo. It was adapted from the controversial but successful 1982 play of the same name by William Mastrosimone.
The film is about a young woman named Marjorie who works in a museum and lives with two female roommates. She experiences a series of strange events after being attacked by a masked man at knifepoint. Fawcett received a Golden Globe nomination for her performance.
Personal Life
From 1973 to 1982, Farrah Fawcett was married to Lee Majors. Later, she became romantically involved with the actor Ryan O’Neal. They had a son Redmond James Fawcett O Neal, born in 1985. For a brief period in the late 1990s, she was also in a relationship with James Orr, a Canadian filmmaker.
She was diagnosed with anal cancer in 2006. Though she was found to be cancer-free after rounds of aggressive treatment, the cancer returned later. She underwent chemotherapy as well as alternative forms of treatment and fought the disease bravely till the end. She eventually passed away on June 25, 2009.
A private funeral was held in Los Angeles after five days. Her mortal remains were interred at the Westwood Village Memorial Park in Los Angeles. 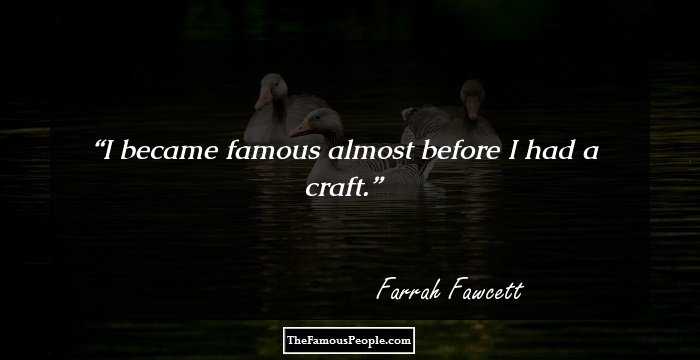 Quotes By Farrah Fawcett | Quote Of The Day | Top 100 Quotes

See the events in life of Farrah Fawcett in Chronological Order