Advanced Search
Mariska Hargitay is a renowned American actress, who is best-known for her role as the sex crimes detective, ‘Olivia Benson’ in the NBC hit series, ‘Law & Order: Special Victims Unit’. She has earned several important nominations and also won a number of awards for her portrayal of the character; a character that managed to gather a cult following. With acting in her blood, Hargitay’s success in films came early in life when she debuted in the film ‘Ghoulies’. After giving a memorable performance in this film, she appeared in a recurring role in the top-rated show, ‘ER’, before being cast as ‘Olivia Benson’. A strong, competitive actress, Hargitay was also insistent on working hard for whatever roles she chose to do in her life and stressed on doing her own stunt-work for films. Unlike her mother, who had established herself as a ‘sex-symbol’ and a former ‘Playboy Playmate’ in the United States, Hargitay opted for a slightly different approach on her course of becoming a star. She refused to follow her mother’s footsteps and was confident that the acting classes she took would land her extraordinary roles in her career; and so it did. Acting aside, she is also the founder of the ‘Joyful Heart Foundation’, which provides aid and support to sexually abused women and children. 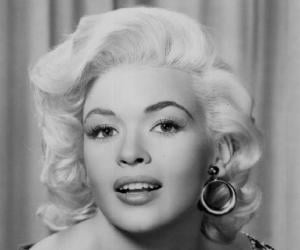 American People
American Women
California Actresses
University Of California, Los Angeles
Aquarius Actresses
Childhood & Early Life
Mariska Magdolna Hargitay was born to former-actress, Jayne Mansfield and former Mr. Universe, Mickey Hargitay, who is of Hungarian descent. She has two older brothers and three other half-siblings.
Her parents had divorced in 1963 but their divorce was later proclaimed invalid. Four years later, Hargitay’s mother, Jayne Mansfield was killed in an automobile accident along with her boyfriend, Sam Brody.
After the death of their mother, Hargitay and her siblings were raised by her father and his third wife, Ellen Siano.
She studied at Marymount High School, where she was active in theatre, cheerleading and was a part of the student government. From very early on, she was interested in acting and decided to attend the UCLA theatre program after she graduated from high school in 1982.
In 1982, she decided to follow her father’s footsteps in modeling and she was crowned Miss Beverly Hills USA. By the time she attended UCLA School of Theatre Film and Television, she already had a personal agent who got her several small roles.
She left college before completing her degree, so that she could commence her acting career. In 1984, she appeared in the music video by Ronnie Milsap, ‘She Loves My Car’. A year later, she appeared in the horror-comedy flick, ‘Ghoulies’. 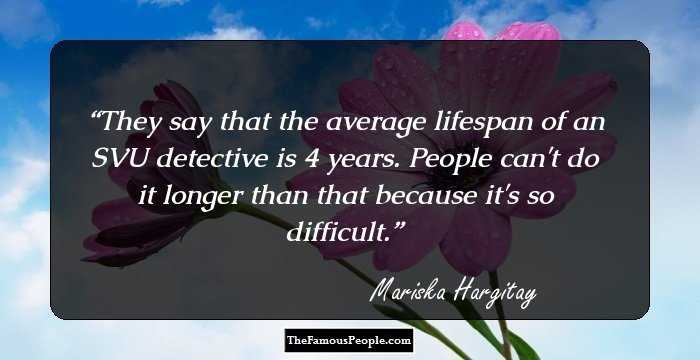 Continue Reading Below
Career
In 1986, she was cast in the popular crime-drama television series, ‘Downtown’, followed by a small appearance in an episode of ‘In the Heat of the Night’ two years later.
She was seen in an episode of ‘Freddy’s Nightmare’, where she played the role of Marsha Wildmon, in 1988. The same year, she was cast in the American primetime soap opera, ‘Falcon Crest’. The next year, she appeared in the film, ‘Finish Line’.
From 1989 to 1991 she was seen in a number of television series doing small roles including ‘Baywatch’, ‘Wiseguy’, ‘Thirtysomething’, ‘Booker’ and ‘Gabriel’s Fire’.
She played the role of police officer, ‘Angela Garcia’ in the 1992 series, ‘Tequila and Bonetti’. She also appeared in an episode of the hit American series, ‘Seinfeld’.
1995 proved to be an extremely busy year for the actress as she appeared in ‘Can’t Hurry Love’ and in an episode of ‘All American Girl’ as ‘Jane’. She also had a brief role in the Nicolas Cage film, ‘Leaving Las Vegas’ the same year.
From 1996 to 1997, she starred in a number of television series and television films including, ‘The Single Guy’, ‘Prince Street’, ‘Cracker’ and the television films ‘Night Sins’ and ‘The Advocate’s Devil’.
She had a recurring role as ‘Cynthia Hooper’ on the popular, primetime series, ‘ER’, where she was seen in a total of 13 episodes from 1997 to 1998. The next year, she starred in a comedy television anthology, ‘Love, American Style’.
Hargitay got one of her biggest career breakthroughs when she was cast as one of the lead characters of the NBC crime drama series, ‘Law & Order: Special Victims Unit’, in 1999. The same year, she also appeared in one of her career flop films, ‘Lake Placid’.
In 2001, she played the role of ‘Darcy’ in ‘Perfume’, a story about the fashion industry in New York.
Continue Reading Below
In 2004, she was seen in the television film, ‘Plain Truth’, where she portrayed the role of ‘Ellie Harrison’. The next year, she was seen in an episode of another spin-off of ‘Law & Order’ titled, ‘Law & Order: Trial by Jury’.
From 2006 to 2008, she was cast in the movies ‘Tales from Earthsea’ and made a cameo appearance in ‘The Love Guru’, respectively. Two years later, she played herself on ‘Kathy Griffin: My life on the D-List’.
In 2011, she was once again seen in an episode of ‘Barefoot Contessa’ as herself. She is currently playing the role of ‘Detective Olivia Benson’ for the series, ‘Law & Order: Special Victims Unit’. 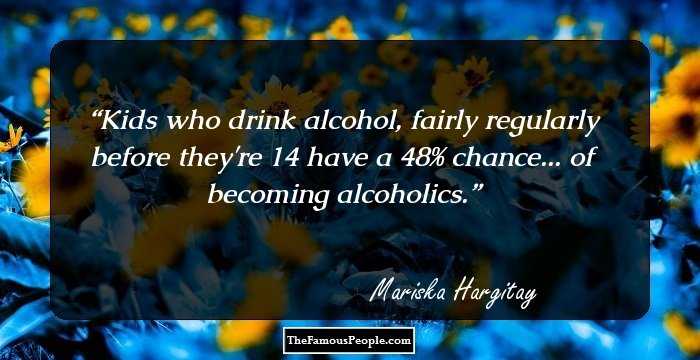 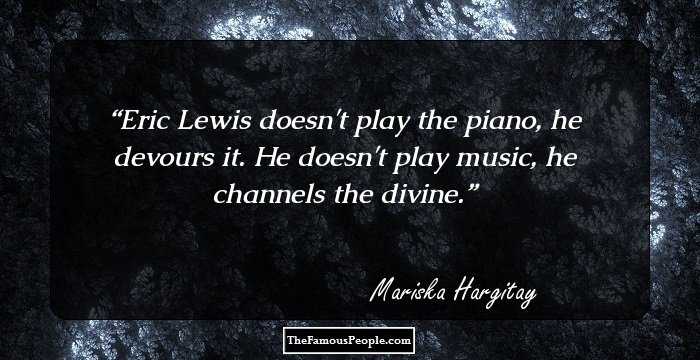 Personal Life & Legacy
She married actor Peter Hermann on August 28, 2004, with whom she has a biological child and two adopted children.
In 2008, she suffered from a partly collapsed lung after she fell while doing a stunt on set. She underwent surgery for the same and returned to work soon afterwards.
She founded the ‘Joyful Heart Foundation’, that provides aid to sexually abused women and those who suffered from child abuse. She is also an honorary board member of the Multiple Myeloma Research Foundation.
She donated around $100,000 to the UCLA School of Theater Film and Television for scholarship. She also made a donation of $35,800 to the ‘Obama Victory Fund’.
Trivia
This American actress, who is best known for her role as ‘Detective Olivia Benson’, speaks French, English, Hungarian, Spanish and Italian.

Quotes By Mariska Hargitay | Quote Of The Day | Top 100 Quotes

See the events in life of Mariska Hargitay in Chronological Order