Evelin Bennett is an American YouTube star and social media influencer. She is one of the members of the Bennett family, who runs the popular vlogging channel, ‘The Ohana Adventure.’ A native of Hawaii, Evelin’s journey to social media stardom began when her mother set up their YouTube channel in December 2015. Their first video was uploaded about a week later. Since then, their channel has grown exponentially to become one of the most prominent family vlogs on the platforms. They have accumulated over two million subscribers and hundreds of millions of total views. Its success has led to the creation of several other channels by the family, including ‘Toy Library,’ which Evelin runs with her younger sister, Cora. Their popularity on YouTube has found its way to other social media platforms as well. ‘The Ohana Adventure’ has several hundred thousand followers on Instagram, over ten thousand followers on Facebook, and more than 20 thousand followers on Twitter. 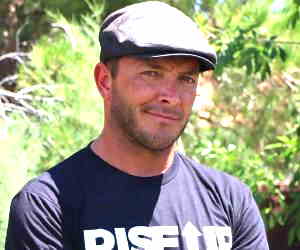 Ryan ToysReview
Vloggers #401
Instagram Stars #222
DID WE MISS SOMEONE?
CLICK HERE AND TELL US
WE'LL MAKE SURE
THEY'RE HERE A.S.A.P
Quick Facts

American People
Female Vloggers
Taurus Youtubers
Female YouTubers
American Vloggers
Rise to Fame
Evelin Bennett’s family’s main channel, ‘The Ohana Adventure,’ was set up on December 22, 2015. A week later, on 29 December, the first video, titled, ‘First Vlog...Visiting the Best Place At Christmas!’, was posted. In it, Evelin’s mother, Rachel, introduces her family to the audience while visiting the Temple Square in Salt Lake City, Utah to see the Christmas lights. Evelin, along with the rest of her siblings, makes her YouTube debut in the video.
Recommended Lists:

American YouTubers
American Female Vloggers
American Female YouTubers
Taurus Female
In the next video, Evelin, her mother, and siblings visit the dentist’s office. After the initial struggle to secure a loyal group of audience for their content in the extremely competitive family vlogging sphere of YouTube, the Bennetts found success and continue to attract hundreds of thousands of views on each of their uploads. Besides vlogging, they make challenge, prank, and parody videos. Some of their most popular videos are ‘Taylor Swift - Look What You Made Me Do Parody - Teen Crush’, ‘Taylor Swift Gorgeous - Parody – Awkward’, ‘Macklemore Feat Kesha - Good Old Days Parody - These Old Braces’, ‘Teen Crush Music Video Bloopers & Behind The Scenes!’, and ‘24 Hours in That Youtub3 Fam's Boxfort Maze! We Snuck into Their House!’
The incredible popularity of ‘The Ohana Adventure’ has prompted Evelin, her parents, and her siblings to set up other YouTube channels. Both Klailea and Rykel have their personal self-titled channels. The boys of the family, Shae and Wyatt, run the channel ‘Ohana Boys’ together. In April 2019, Rachel set up a channel for herself under the username ‘The Now Mom.’ Evelin and her youngest sister Cora operate ‘Toy Library,’ a channel where they post videos on toy skits, make-believe plays, challenges, and games. It was set up on November 8, 2018, and the first video, titled ‘Thanksgiving 3 Marker Challenge’, was shared on 24 November. In the ensuing months, the channel has garnered tens of thousands of subscribers and millions of views. The most popular videos on this channel include ‘First Day at the Toy Salon!’, ‘Toy Vault Escape Room Challenge! Stuck inside secret toy Vault!’, and ‘We Woke Up as Leprechauns! I hope no one Catches us!’ 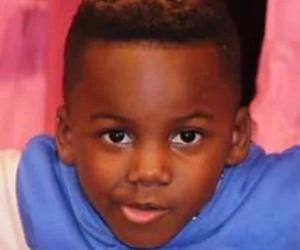