(French Musician, Harpsichordist and Was the First Woman to Compose an Opera in France)

Elisabeth-Claude Jacquet De La Guerre was a French composer, harpsichordist and organist, best known as the first woman to compose an opera in France. She was born and raised in a family with a long history in music and was taught music as a child by her father. At the age of 5, she played at the court of King Louis XIV and impressed the King, who then became her patron and remained that almost all her life. She worked as a court musician for many years as well. She was known for her harpsichord pieces that featured a risky and distinct style called ‘unmeasured prelude’. The published piece was titled Pièces de cravessin, which still remains highly revered to this day. She was also known to use Italian musical instruments in her work. In 1694, she became the first French woman to ever compose an opera. The opera was titled Céphale et Procris. While it was largely unsuccessful when it was performed, it was rediscovered and is currently hailed as a classic. Towards the latter part of her career, she composed both secular and religious cantatas. Edgard Varese
17th March In History
DID WE MISS SOMEONE?
CLICK HERE AND TELL US
WE'LL MAKE SURE
THEY'RE HERE A.S.A.P
Quick Facts

Elisabeth-Claude Jacquet De La Guerre was born on March 17, 1665, in Paris, France. She was born into an esteemed artistic French family with a big family history of musicians and instrument makers. However, her father Claude Jacquet also played the harpsichord, and he was the first source of learning for Elisabeth.

Her father was also quite broad-minded in a way that he taught both his sons and daughters the ways to thrive and survive in the world. This was not a common sight in the highly patriarchal French society of the 17th century. Her elder brothers played the organs along with their father. Her sister, on the other hand, played the harpsichord for the house of Duchess of Guise.

Due to her family’s involvement with the music business, Elisabeth became interested in making music at an early age. When she was five, she played at the Palace of Versailles for King Louis XIV. Louis was highly impressed by her. In the following few years, she repeatedly performed at the palace and eventually, she was hired as a court musician at the court. She became a part of the king’s entourage when she was 15 years old.

The king himself became her patron and had his mistress Françoise-Athénaïs, marquise de Montespan take care of Elisabeth’s musical education.

In 1687, she published her work for the first time. It was titled Premier livre de pièces de clavessin, and was highly experimental in nature. It featured unmeasured preludes, which meant that it was composed without rhythm and the duration of the prelude was solely dependent upon the performer. It was mostly a set of dance pieces which were heavily improvised.

Harpsrichod pieces were very far in between and fewer in 17th century France. By publishing her harpsichord piece, Elisabeth stood in the league of esteemed musicians such as  Chambonnières, Lebègue and d'Anglebert..

Elisabeth dedicated this work, along with almost all of her works, to King Louis XIV. It indicates whether she greatly admired the King or was still under his patronage. It also indicated that she somehow maintained a connection with the royal court almost all through his career.

After her first publication, even though she kept working, she did not publish any of her work for many years, until 1707. In that year, she published Pièces de clavecin qui peuvent se jouer sur le viollon. It was a two-volume harpsichord set that was inspired by the musicians who had successfully juxtaposed the Italian and French instruments in the same sets. However, at large, the first of the two sets was, like the first publication, a set of dance pieces mostly adhering to the French tradition.

In the second part of the set, which was titled Sonates pour le viollon et pour le clavecin, she heavily used Italian instruments, thus completing her aim of juxtaposition between French and Italian instruments. Quick passagework, imitation, and harmonic sequences were all characteristics of this work. In the early 18th century, it was the norm to keep other instruments improvised to match the violin line. This practice was known as basso continuo. It is widely assumed that Elisabeth completed a few more works following the same tradition in the late 17th century, but no work has survived to this day.

In the early 1690s, she also composed a ballet titled Les Jeux à l'honneur de la victoire which could not be revived.

In the same decade, she made history when she became the first woman ever in France to compose an opera. It was titled Céphale et Procris and was performed at the Académie Royale de Musique. The opera was set to a libretto by Duché de Vancy and was adhering to the traditions of tragedie en musique and was a long five-act opera with an allegorical prologue. Based on the ancient French myth of Cephalus and Procris, the opera was heavily inspired by the works of Jean-Baptiste Lully, who was the originator of its genre. However, Elisabeth managed to keep the originality intact as she kept the conclusion simple and quiet as opposed to Lully’s style of the grand final chorus.

However, the opera was not as successful and only ran for about five performances. However, it was considered a bonafide classic after it was discovered in the 20th century. Later, its debacle was attributed to the poorly written libretto and a confusing plot. The cultural environment of France in the 1690s was also unfavourable to new operas. The low national morale after a series of military defeats the country had suffered also contributed to its debacle.

Through the opera, she exhibited her inclination towards Italian instrumentals. The sonata and the cantata were criticized, while they would possibly have been appreciated in Italy.

Despite the failure of the opera, Elisabeth still managed to achieve what no woman in France had done before her, composing an opera. This failure hit her opera career hard and it remained the only opera she attempted throughout her life.

In the early 18th century, far away from composing opera, Elisabeth immersed herself in composing cantatas and vocal works. She wrote 12 religious cantatas and 5 secular ones. Her secular cantatas were dedicated to her patron Maximillian II Emanuel, a Bavarian elector who was living under the French King’s protection at that time, and who also was a great admirer of Elisabeth. She also composed a Te Deum, which remains lost. The Te Deum was composed on the occasion of Louis XV’s recovery from smallpox.

Around the same time, she faced immense family tragedies of losing many members of her family. Hence, she avoided public appearances and organized small concerts in her house, which became extremely popular.

Unfortunately, only a fraction of her complete work has been recovered. She was admired greatly by her contemporaries and many classical musicians that came after. She mastered an amazing blend of Italian and French instruments, which helped her establish herself as one of the greatest musicians of the French Baroque period.

Elisabeth-Claude Jacquet De La Guerre married Marin de la Guerre, who himself was an organist, in 1684. After her marriage, she also worked as a music teacher.

The couple had one son, who passed away at the age of 10, in 1704. In the same year, her husband also passed away. These back to back tragedies impacted her productivity and she worked from her home for the majority of her career after that. 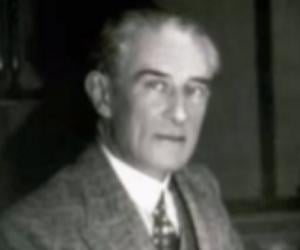 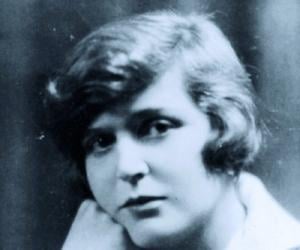