The talented actress who portrayed the teacher Annie Sullivan in the highly acclaimed film, ‘The Miracle Worker’, Anne Bancroft was one of the most loved and respected theatre and film actresses. Beautiful, intelligent and talented, Bancroft was the kind of woman every female envies. She was the perfect combination of beauty and brains. She fell in love with acting as a young girl and resolved to make it big as an actress. She clearly charted out her career goals and attended the American Academy of Dramatic Arts. She had the good fortune of studying under the eminent acting coach, Lee Strasberg, which helped her develop her acting techniques and refine her inherent skills. Named as Anna Maria Louisa Italiano at birth, she adopted the screen name Anne Marno when she started doing television shows. Soon she made the transition to films and was again asked to change her screen name. As Anne Bancroft she acted in numerous films and is especially remembered for her role in ‘The Miracle Worker’ for which she won an Academy Award. Along with her film career, she was also actively involved in theatre and has won numerous accolades for her stage performances too. 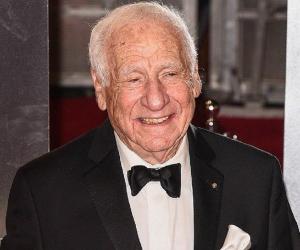 Zoë Kravitz
Actresses #600
Film & Theater Personalities #1338
DID WE MISS SOMEONE?
CLICK HERE AND TELL US
WE'LL MAKE SURE
THEY'RE HERE A.S.A.P
Quick Facts

American Celebrities
New Yorkers Actresses
American Academy Of Dramatic Arts
Virgo Actresses
American Actresses
Childhood & Early Life
She was born as Anna Maria to first generation Italian parents in New York. Her mother Mildred was a telephone operator while her father Michael Italiano was a dress pattern maker. She had two sisters.
She displayed an early interest in acting and attended dancing and acting lessons from the time she was four.
She went to Christopher Columbus High School and graduated in 1948. Then she went to the American Academy of Dramatic Arts to study acting and drama. She also attended American Film Institute’s Directing Workshop for Women at the University of California. 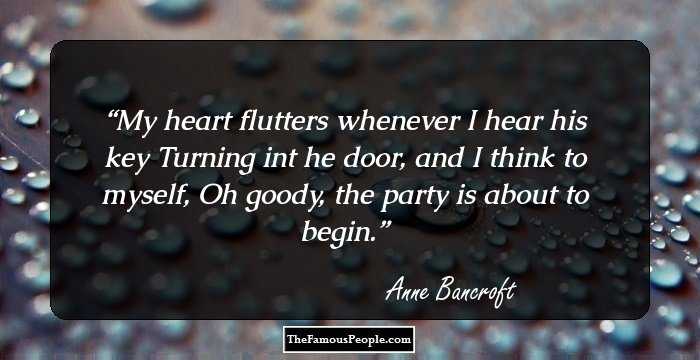 Quotes: Think, Heart, I
Continue Reading Below
You May Like

The Sexiest Men Of 2020, Ranked
Career
She adopted the screen name Anne Marno and appeared in numerous television shows. She was also trying to break into films and was selected for the movie, ‘Don’t Bother to Knock’ in 1952. While entering films she again changed her name to Anne Bancroft.
Over the next few years she did get film roles but her career did not seem to be moving forward. Disappointed at the kind of roles she was being offered she turned to theatre.
She made her Broadway debut in 1958 as Gittel Mosca, a lovelorn woman in love with a married man in the play ‘Two for the Seesaw’ which was directed by Arthur Penn. Her performance was much appreciated.
In 1960, she played the leading role of Annie Sullivan, the sight-impaired teacher of young Helen Keller in the play ‘The Miracle Worker’. She reprised this role in the film version of the same play in 1962.
Returning to Broadway, she appeared in the play ‘Mother Courage and Her Children’ in 1963. Written by the German dramatist and poet Bertolt Brecht, the play is considered to be one of the greatest of the 20th century.
She played a nun who becomes obsessed with a priest in the 1965 Broadway production, ‘The Devils’. The play ran for 63 performances.
In the 1967 comedy drama ‘The Graduate’, she played an elegant older woman who seduces a young college graduate who ultimately falls in love with the seductress’s daughter.
After a series of not so memorable roles during the early 1970s she acted in the 1977 drama film, ‘The Turning Point’ which focused on the world of ballet in New York City. The film was a huge success and nominated for several Academy Awards.
She played Anna Bronski in the 1983 comedy drama ‘To Be or Not to Be’ that was produced by her husband Mel Brooks. It was a remake of the 1942 film of the same name.
Continue Reading Below
In 1987, she starred in the British-American drama, ’84 Charing Cross Road’ directed by David Jones. It was based on a play by James-Roose Evans.
Over the 1990s she continued acting in films but was comparatively more active in television. She played Kate Jerome in the television movie, ‘Broadway Bound’ in 1992.
Along with Diane Lane, Donald Sutherland and Cicely Tyson, she appeared in the ‘Oldest Living Confederate Widow Tell All’ in 1994, a two part television film directed by Ken Cameron.
She continued acting in television and films over the late 1990s though she has begun to suffer health problems. In fact she remained active till the very end.
Major Works
She is best known for her portrayal of the English teacher, Annie Sullivan who is appointed to teach the young Helen Keller in the biographical film, ‘The Miracle Worker’. The film was an instant critical hit and won her several prestigious awards.
Awards & Achievements
She was honored with an Academy Award for the Best Actress in a Leading Role, in 1962, for her portrayal of Annie Sullivan in ‘The Miracle Worker’. She also won a BAFTA Award for Best Foreign Actress and National Society of Film Critics Award for Best Actress for the same role.
Personal Life & Legacy
She married Martin May in 1953. This marriage did not last long and the couple divorced in 1957.
She met the comedian Mel Brooks in 1961 and started a relationship with him. The couple tied the knot in 1964 and was blessed with a son a few years later. They remained happily married until Bancroft’s death.
During her later years she suffered from uterine cancer and died in 2005.

See the events in life of Anne Bancroft in Chronological Order