Elin Pelin was a Bulgarian novelist whose work helped bring his country's literary tradition to the world. He was born to a large family in a small village near Sofia, Bulgaria, during a critical time in European history. The second Industrial Revolution was disrupting many long-held traditions and changing the landscape, (both literally and figuratively) as well as society. He started writing from an early age and studied to become a teacher. He taught for a short time before his first book got published, which was received well by critics. Thereafter, he moved to the city of Sofia to become a librarian there. In addition to his time as a librarian, he edited and contributed to several magazines and continued writing fiction, producing his most well-known works, including several books, short stories and children's literature. His primary focus was detailing life in the countryside in its actual form - he is noted for his vivid descriptions and evocative portraits of pastoral living. He tackled the friction between traditional country living and the new industrial standards imposing on this lifestyle. His legacy extends far beyond his time - his works have been tapped for multiple films and his name has been immortalized as a town in Bulgaria and a landmark in Europe have adopted his namesake Bulgarian Celebrities
Male Writers
Cancer Writers
Bulgarian Writers
Cancer Men
Childhood & Early Life
Elin Pelin was born Dimitr Ivanov Stoyanov on July 8, 1877 in the village of Bailovo in Bulgaria.
Country living and the beauty of the countryside of his youth became themes that he carried into his literary works.
He was born into a large family whose roots were in the rural tradition.
He expressed interest in reading and writing early on and was educated to become a teacher. His career in teaching in his village was short-lived as he moved to Sofia after the publication of his first book.
He grew up during the second Industrial Revolution in Europe which greatly impacted his literary works later in life.
He began writing fiction at an early age and produced his first published work in his twenties.
Continue Reading Below
You May Like

Famous Beautiful Women With Green Eyes
Career
Upon finishing school, he taught in his village in 1895. He worked as a teacher for a year before moving on to writing full-time.
He wrote his first published short story in 1901 and, during this time, assumed the pen name Elin Pelin.
In 1903, based on the reception of his first short story, he moved to Sofia to become a librarian. This career move allowed him to travel and write extensively.
He became the director of special collections at the National Library in Sofia in 1910.
While serving as director at the library, he was also the editor and contributor at multiple magazines.
During World War I, he worked as a war correspondent.
He took a position at the Vazov Museum in 1924 where he served until his retirement in 1944.
He helped establish a literary periodical called Razvigor.
During his career at the library and museum, he continued to write prolifically, composing many books, short stories, poems and children's stories. His short stories particularly resonate with Bulgarian tradition and are very popular in his home country.
Continue Reading Below
Major Works
His most famous work was 'The Gerak Family' which dealt with the transformation of a rural town to a modern society as experienced personally. He drew on his own life experience to illustrate the story. This work exemplified his place at the forefront of Bulgarian literature and was also the subject of films.
In 1922, his book 'Earth' came out and served as a commentary on Bulgarian society and norms. It was also adapted into multiple movies.
He has written multiple short stories and collections of poems. His most well-known short story is 'Pizho and Penda.' It references the pagan tradition of Martenitsa where symbolic dolls are gifted among friends and family.
Awards & Achievements
The Union of Bulgarian Writers named him president of the organization in 1940 for his distinguished work advancing Bulgarian literature.
Personal Life & Legacy
He pioneered the field of Bulgarian children's literature and was one of the best known Bulgarian writers. He spotlighted the dichotomy and often opposition between a technologically advancing society and the old ways of rural and country living.
Some of his works demonstrate his sense of humor with playful themes and plots.
He died on December 3, 1949 of unknown causes in Sofia, Bulgaria.
Trivia
Elin Pelin is a pen name he assumed in the early 1900s and is translated as wormwood from Bulgarian.
Bulgaria named the town of Elin Pelin, previously known as Novoseltsi, after him.
He also has a landmark on Smith Island of the South Shetland Islands named after him - Elin Pelin Point
You May Like

See the events in life of Elin Pelin in Chronological Order 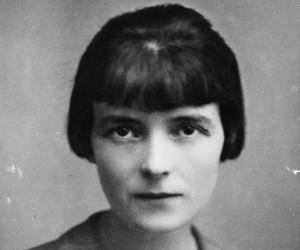 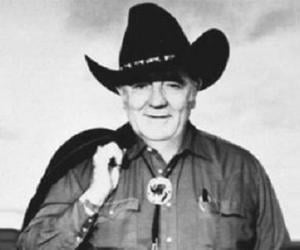