Elie Saab grew up in Lebanon and from a young age displayed a talent and love for fashion and design. Hailing from a modest background and enduring the hardships of war, this child prodigy showed unusual prowess in costume designing. As a child he would create designs on newspaper using his sisters for models. Rummaging through his mother’s clothing he would scour for materials he could use for his designs, which he would then try on his sisters. Unwilling to wait any further, he dropped from college in Paris and returned to his home town, to start his own business. He opened his first atelier in Lebanon at the young age of 18. His popularity grew and he went from dressing the neighborhood women to dressing high society women. After Halle Berry wore one of his designs to the Oscars, his popularity exploded. Now his designs can be found all over the red carpet as well as on royalty. He is able to combine his love of his homeland with his love of the west into beautiful fashions that encompass the best of both worlds. This ability is what makes him so popular and successful. To know more about his life and works read on. 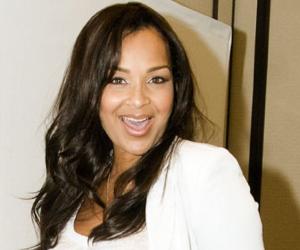 Ashley Olsen
Fashion Designers #118
Fashion #1071
Continue Reading Below
DID WE MISS SOMEONE?
CLICK HERE AND TELL US
WE'LL MAKE SURE
THEY'RE HERE A.S.A.P
Quick Facts

Lebanese People
Lebanese Men
Cancer Men
Childhood & Early Life
Elie Saab was born July 4, 1964 in Damour, a suburb of Beirut, Lebanon, into a family of Maronite Catholics. He is the oldest of five children and their father was a wood merchant.
In 1976, his home city of Damour was destroyed by the PLO (Palestinian Liberation Organization). As a result, his family moved closer to Beirut so they could be closer to his father's family.
He began showing a love of design at the age of nine and taught himself to sew. He would create patterns out of newspaper and use his sisters as his models. He would look through his mother's closet for any clothes he could use in his designs that he would showcase on his sisters.
Continue Reading Below
You May Like

Famous Beautiful Women With Green Eyes
Career
He moved to Paris in 1981 so that he could study design but ended up returning to Beirut. He didn't want to wait any longer to begin designing clothes.
He launched his first atelier in 1982 when he was only 18 years old. He had 15 employees. Initially, Elie Saab made bridal gowns using beautiful fabrics, silk thread, pearls, lace, and detailed embroidery.
His reputation spread so that he went from simply dressing the women in his neighborhood to dressing high society women. In 1997, he became a member of Italian ‘Camera Nazionale della Moda’. He was the first non-Italian to become a member.
He showed his first collection outside of Lebanon in Rome in 1997. He created a ready-to-wear line the next year in Milan, Italy.
In 1998, he had a fashion show in Monaco. Princess Stephanie of Monaco attended the show.
Queen Rania of Jordan wore one of his designs when she ascended the Jordanian throne in 1999.
One of his dresses, which was thickly decorated with diamonds and emeralds, is said to have sold for $2.4 million.
In 2002, Halle Berry wore one of his designs, a burgundy dress, to the ‘Oscars’ where she won for best actress. He was the first Lebanese designer to dress an actress or actor for the ‘Oscars’. This made Elie Saab a huge success and he was swarmed with interviews and appeared on television. Halle Berry wore another of his designs, a gold dress, to the Oscars again the next year.
In 2003, he became a member correspondent of ‘Chambre Syndicale de la Haute Couture’ which is the industry which governs French fashion. This is the highest honor that a non-French member can receive. He had his first haute couture line in Paris in the same year.
Continue Reading Below
The Spring/Summer 2006 collection which he showcased in Paris marked his debut ready-to-wear fashion show. The ‘City of Light’ has since then become his permanent ready-to-wear runway.
In 2011, Elie Saab launched his first fragrance called ‘Le Perfum’. His perfume became a bestseller in fifteen countries.
In 2012, he teamed up with London College of Fashion to launch a Bachelor’s degree in fashion design at the Lebanese American University; the university has campuses in Beirut and Byblos.
In 2016, he appeared as a judge on 'Project Runway: Middle East', which is the Arabian version of the successful American reality TV show 'Project Runway'. As per the show format, the contestants compete with each other to create the best clothes within restricted time, material and theme.
Between 2015 and 2017, he opened boutiques in Paris, London and Manhattan.
He has dressed numerous celebrities and members of royalty including: Princess Beatrice of York, Princess Margaretha of Liechtenstein, Beyonce, Angelina Jolie, Mila Kunis, Grand Duchess Maria Teresa of Luxembourg, Emma Watson, Princess Madeleine of Sweden, Catherine Zeta-Jones, Princess Claire of Luxembourg, Christina Aguilera, and Katy Perry.
Major Works
The dress Ellie Saab designed for Halle Berry, for her 2002 Oscar appearance, put him in the fashion spotlight for Hollywood. He was the first Lebanese designer to dress a celebrity for the Oscars.
Awards & Achievements
He became the first non-Italian member to join Italian ‘Camera Nazionale della Moda’, the non-profit organization involved in regulating the Italian fashion industry.
Personal Life & Legacy
Elie Saab is married to Claudine Saab. He met his wife when her mother visited one of Elie’s stores. The couple has three sons: Celio, Elie Jr. and Michel.
Trivia
This famous designer has three houses in Lebanon (Gemmayze, Rabieh, Faqra), as well as homes in France and Switzerland. Although he and his wife travel to all of their homes, their sons live in Geneva.
You May Like

See the events in life of Elie Saab in Chronological Order