Advanced Search
Jacques Cartier was a 16th century French explorer credited to have claimed what is now Canada for France. The credit for naming the region also goes to him—he used the name ‘Canada’ derived from the Huron-Iroquois word ‘kanata’, meaning a village or settlement—to refer to the area around what is now Quebec city. Cartier was also the first European to describe and map the Gulf of Saint Lawrence and the shores of the Saint Lawrence River. It was his exploration of the area around Saint Lawrence River that eventually led France to lay claim to the regions which later constituted Canada. Not much is known about the life of Cartier before he became a famous explorer. It is generally believed that as a young man he accompanied Giovanni da Verrazzano on unofficial explorations initiated by the king of France. He probably gained some valuable navigational experiences by way of these unofficial explorations as he was later on commissioned by the king to embark on voyages with the aim of discovering a western passage to Asia. He discovered Prince Edward Island on his first voyage, and impressed by his exploratory skills, the king sent him on other voyages in future during the course of which he explored, and claimed the modern-day Canada for France. French People
French Explorers
Capricorn Men
Childhood & Early Life
Jacques Cartier was born on December 31, 1491 in Saint-Malo, the port on the north-west coast of Brittany. Details regarding his early life are obscure.
It is not known how he learned the art of navigation though it is generally accepted that he accompanied Giovanni da Verrazzano on unofficial explorations initiated by the king of France in 1524.
Continue Reading Below
Later Life
Cartier was introduced to King Francis I by Jean le Veneur, bishop of Saint-Malo and abbot of Mont-Saint-Michel, in 1534. He was reasonably experienced in navigation by then and the king asked him to undertake the official exploration of North America.
The king commissioned him to "discover certain islands and lands where it is said that a great quantity of gold and other precious things are to be found", and Cartier set sail on April 20, 1534.
During this voyage he explored parts of Newfoundland and the Gulf of Saint Lawrence. He also encountered aboriginal people on the north side of Chaleur Bay and conducted some trade with them. He also captured two natives belong to the Saint Lawrence Iroquoian tribe and brought them to France in September 1534.
Cartier reported to the king all that he had discovered. The king was impressed with his findings and sent him on another expedition the following year. He set sail on his second voyage with three ships, 110 men, and his two Iroquoian captives to serve as guides.
The expedition navigated Saint Lawrence, travelled to as far as Quebec and established a base. Then Cartier sailed downriver to reach modern-day Montreal where he was welcomed by the Iroquois. From the natives he learned of some other rivers that led farther west, where gold, silver, copper and spices could be found.
Cartier and other voyagers planned to travel farther west in search of gold, silver and spice but before they could travel, winter set in. The winter was harsher than what they had expected and thus they had to stall their future plans for a while. Several of Cartier’s men succumbed to diseases during the winter and to make matters worse, the cordial relations between the explorers and the natives became strained.
When spring set in and the rivers began to melt, Cartier captured some of the Iroquois chiefs and sailed for France. Then he reported to the king what he had learned about the lands which abounded in riches farther in the interior of the lands they had explored.
War in France temporarily prevented the king from sending out any expeditions for a few years. With the political situation improving in France, the king ordered Jacques Cartier to return to Canada and start the colonization process. He departed on his third voyage with five ships in May 1541, with the aim of finding the "Kingdom of Saguenay" and its riches, and of establishing a permanent settlement along the Saint Lawrence River.
Cartier and his men reached Quebec and set up camp. There they found an abundance of what they thought were gold and diamonds. Cartier fervently collected what he believed to be treasures and abandoned the base and returned to France to sell the booty.
During this time, other colonists sent by the king were enroute to Canada and were supposed to join Cartier in establishing a settlement there. But Cartier did not wait for them and fled to France. Back in his homeland he got the biggest shock when he realized that the “diamonds” and “gold” he had so painstakingly collected were actually just worthless quartz crystals and iron pyrites, respectively.
Having lost favor with the king because of his irresponsible behavior, he was never sent on another commissioned voyage.
Major Works
Jacques Cartier explored the Gulf of Saint Lawrence and the shores of the Saint Lawrence River, and named the region "The Country of Canadas". His extensive explorations of the area laid the basis for France’s later claims to the lands even though Cartier himself did not play any role in the colonization of Canada.
Personal Life & Legacy
Jacques Cartier married Mary Catherine des Granches in 1520. His wife hailed from a prominent family.
He died on September 1, 1557 during an epidemic. He was 65 years old.

See the events in life of Jacques Cartier in Chronological Order 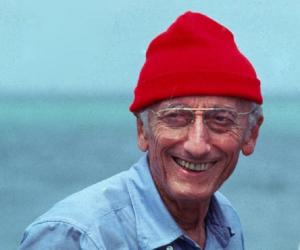