Edmund Cartwright was an English clergyman and inventor, credited with the creation of the most fundamental form of power loom. It is his designed and developed power loom that serves as the predecessor to the modern power looms. What is interesting to note is the fact that Cartwright neither had any sort of training or qualification for the subject. Despite having no expertise or experience, he came up with a brilliantly modelled power loom that gave the world automated machine for textile manufacturing. Educated at the University College, Oxford, Cartwright began a career in Church of England. From serving as the rector to eventually becoming prebendary of Lincoln Cathedral, he served the Church dutifully. It was a chanced visit to Sir Richard Arkwright’s cotton spinning mills that turned the fate of Cartwright making him an inventor as well. Other than devising the power loom, he is credited for inventing a wool-combing machine and a cordelier British People
Taurus Men
Childhood & Early Life
Edmund Cartwright was born on April 24, 1743 in Marnham, Nottingham. He was the son of a large landowner. He had two brothers, John Cartwright, a naval officer and political reformer, and George Cartwright, an English army officer.
Edmund Cartwright attained his preliminary education from Queen Elizabeth Grammar School, Wakefield. Later, he enrolled at the University College, Oxford.
Continue Reading Below
You May Like

The Best Black Actresses Of All Time
Career
Following his studies, Cartwright took up the position of a clergyman for the Church of England. In 1779, he was promoted to the position of a rector of the church at Goadby Marwood in Leicestershire.
In 1784, Cartwright first visited Sir Richard Arkwright’s cotton-spinning mills at Cromford, Derbyshire. Inspired by the weaving machine, he sought out to construct a similar machine that would improve the speed and quality of weaving.
Cartwright’s proposal of an automated weaving machine was jeered at by people for they thought that such a complicated process would be impossible to automate. However, he was undeterred by the comments and began working on the machine.
In 1784, he designed his first crude power loom with the help of a blacksmith and carpenter. Following year, he got the patent for the machine. However, the machine worked poorly at this stage, primarily due to his inexperience.
He initiated a weaving and spinning factory in Doncaster, Yorkshire. However, his ignorance at the subject reduced the factory to merely a testing site for new inventions.
In 1786, he was elected a prebendary in the Lincoln (Lincolnshire) cathedral, a position which he held until his death.
In 1789, he patented yet another machine which served as the model for future ones. With the help of Zach Dijkhoff, he created a machine. Same year, he created and patented a wool-combing machine. Though the machine lowered the manufacturing cost considerably, it did not bring Cartwright much financial gain.
His other quests include a cordelier or a rope making machine in 1792 and a steam engine that used alcohol instead of water.
Adding certain parts such as a positive let-off motion, warp and weft stop motion to his previously designed weaving machine, Cartwright started manufacturing fabric at his Doncaster factory. However, during the automated weaving process, he came to terms with the shortcomings of the machine.
Continue Reading Below
In 1792, Cartwright attained his last patent for weaving machinery. In this particular model, the machine had multiple shuttle boxes for weaving checks and cross stripes. However, the machine was still not as productive as he aimed it to be for the warps continued to be sized while a loom was stationary.
In 1793, due to his lack of expertise and experience and losses from his Doncaster weaving factory, he went bankrupt. As such, his mill was repossessed by the creditors. Totally in debt, Cartwright moved to London and engaged himself in other projects including interlocking bricks, incombustible floorboards and so on. However, none of his experiments turned practical.
Robert Grimshaw, of Gorton Manchester, started a weaving factory at Knott Mill. For the same, he ordered 400 power looms designed by Cartwright. Tragically, just when 30 machines had been delivered, the factory was burnt to ground in an arson attack by handloom weavers who feared further installation would cost them their job and eventually their livelihood.
In 1803, the problem of sizing the warp while a loom was in operation was resolved by William Radcliffe, and his assistant Thomas Johnson. The duo invented the beam warper, and dressing sizing machine.
During the initial years of 19th century, a large number of factory owners started using a modified version of Cartwright's power loom. When Cartwright realized the same, he applied to the House of Commons for compensation. His plea was convincingly supported by MPs such as Robert Peel and eventually in 1809, he was granted £10,000 from parliament for his invention.
Major Works
Cartwright in his short career invented the power loom, which was instrumental in turning the fate of the handloom weaving industry. It was due to his invention that automated machines for textile manufactures became a reality. Though none of his patented machines were super successfully, they did however lay the foundation for future development and upgradation.
Awards & Achievements
In May 1821, he was elected as a Fellow of the Royal Society
Personal Life & Legacy
Edmund Cartwright married early in his life, at the age of 19 to Elizabeth McMac. The couple was blessed with a daughter Elizabeth who went on to become an author, writing books under the pseudonym of Mrs Markham.
He breathed his last on October 30, 1823, in Hastings, Sussex.
Trivia
Had it not been for his chanced visit to Sir Richard Arkwright’s cotton-spinning mills, Cartwright would have spent his entire life as a murky country clergyman.
You May Like

See the events in life of Edmund Cartwright in Chronological Order 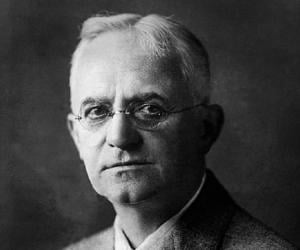