Thomas Newcomen was a prominent English inventor, who is best known for inventing the atmospheric steam engine. He was the first to come up with a successful steam engine for pumping water. Originally an ironmonger who traded in hardware tools, Newcomen soon became aware of the flooding problem that was rampant in mining industry. The problem of waterlogging was such that it led some mining industries to bankruptcy as well. Though Thomas Savery had developed a pump that used vacuum to pull the water up, the device had many shortcomings. Furthermore, its usage was limited to a depth of thirty feet only. As such, Newcomen engaged himself in trying to improve ways to pump out water from such mines. Along with plumber John Calley, he set forth to devise a steam engine. In 1712, his atmospheric steam engine first became operational, thus making a significant contribution in Industrial Revolution. His devised machinery reigned for more than three-quarter of the century before being superseded by James Watt’s engine. In addition to inventing steam engine, Newcomen served as a lay preacher and teaching elder in the local Baptist church. He also served as a pastor of a local group of Baptists
Continue Reading Below 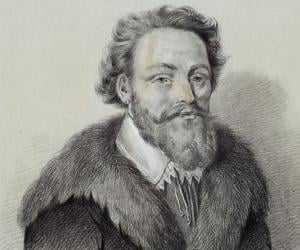 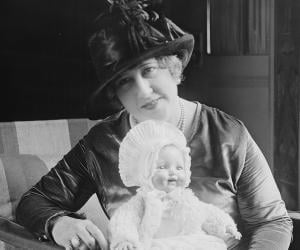 British People
Aquarius Men
Childhood & Early Life
Thomas Newcomen was born in February 1664, to a merchant family in Dartsmouth, Devon, England. He was baptized on February 24, 1664, at St Savior’s Church.
Early in life, Newcomen apprenticed to equip himself with the blacksmith’s trade. Soon, he established himself as an ironmonger in his hometown. His work involved designing, crafting and manufacturing tools, nails and other hardware stuffs, which he sold throughout the mining area in Dartmouth.
As an ironmonger, he became aware of the constant problem faced by Cornish tin miners in the form of flooding. With the mines becoming progressively deeper, removing water though manual pumping or using horses to force out water turned out to be expensive and time-taking.
The pervasive nature of the flooding problem led Newcomen to engage himself in trying to devise a machine that would be able to drive a water pump. His main motive behind the attempt was to come up with an improvised way to pump out the water from such mines.
Continue Reading Below
You May Like

Who Is The Most Popular BTS Member?
Career
With the help of his assistant John Calley, Newcomen started experimenting to come up with a successful model of steam engine. He collaborated the findings of Denis Papin and Thomas Savery, who in turn had patented all means of raising water through fire in 1698.
In 1712, Newcomen made a breakthrough by coming up with a model of his steam engine that assisted in lifting water out of tin mine. Though he used condensed steam as like Thomas Savery, his model was far superior to the latter’s crude pump.
Savery’s steam engine was not very effective as its usage was limited to a depth of thirty feet. He had devised a kind of thermic syphon, in which steam was admitted to an empty container and then condensed. The vacuum thus created sucked water from the mines.
Newcomen revised Savery’s model by replacing the receiving vessel in which steam was condensed by a cylinder containing a piston as used by Papin. His engine was unique in terms of its working – the intensity of pressure wasn’t limited to the pressure of the engine. Instead, atmospheric pressure pushed the piston down once condensed steam created a vacuum in the cylinder.
Newcomen’s water drawing apparatus had a large wooden beam that rocked upon a central fulcrum. A chain on the opposite side was attached to a pump. The cylinder was 21 inches in diameter and about eight feet long.
As the steam cylinder was refilled with steam, water was drawn into the pump cylinder through a power stroke that worked at twelve strokes a minute. Almost immediately thereafter, ten gallons of water was raised from a depth of 156 feet and expelled into a pipe to the surface by the weight of the machinery.
Though Newcomen’s steam engine was much advanced than Savery’s model, he nevertheless could not patent his engine as Savery had obtained a broad patent of his pump. As such, Newcomen had to enter into a partnership with Savery.
The first operational Newcomen’s steam engine was built in 1712, at the Conygree Coalworks near Dudley’s Castle, Staffordshire in the West Midlands. It proved to be extremely efficient and cost-effective in draining mines and raising water to power waterwheels.
Ever since the first steam engine went operational, numerous others were set up throughout the mining area of England and Europe. As compared to the manual pumping, the steam engine was quite effective. It rescued many mines from bankruptcy as well.
In addition to inventing steam engine, Newcomen served as a lay preacher and teaching elder in the local Baptist church. After 1710, he became the pastor of a local group of Baptists.
By 1733, about 125 Newcomen engines had been installed and were operational. They covered some of the most important mining districts of Britain—draining coal mines in the Black Country, Warwickshire, Newcastle and Tyne; at tin and copper mines in Cornwall; and in lead mines in Flintshire and Derbyshire.
Major Works
Upon sighting the problem of flooding faced by the mining industry, Newcomen set forth to build a steam engine that would help draw out water from great depths. After almost a decade of hard work, in 1712, he finally succeeded in developing the first atmospheric steam engine. As compared to the manual ways, Newcomen’s steam engine was effective and time-saving. His steam engine was used rampantly across Britain and Europe for almost three-quarters of the century.
Personal Life & Legacy
Newcomen breathed his last on 5 August 1729 at Wallin’s House and was buried at Bunhill Fields burial ground on the outskirts of the City of London.
Since its launch, Newcomen’s engine held its place resolutely for about 75 years. It was later that Newcomen's machine was superseded by John Smeaton and James Watt’s version.
The last Newcomen steam engine to be used commercially is at the Elsecar Heritage Center in South Yorkshire. It remains on the original site where it was used. Several models of Newcomen engines have found a place in prestigious museums across Britain and United States. The only original Newcomen engine that can be shown working is the Newcomen Memorial Engine at Dartmouth. A replica engine at the Black Country Museum is also in a working state in Dudley, West Midlands.
In 2012, the Royal Mail released a series of stamp featuring Newcomen’s atmospheric steam engine as part of its ‘Britons of Distinction’ series.
You May Like

See the events in life of Thomas Newcomen in Chronological Order 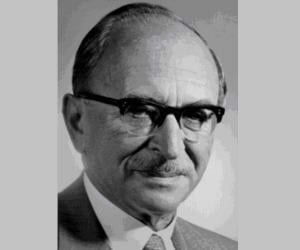