Edgar Savisaar who went on to become a prominent politician was born in a prison following his parents’ arrest. Fortunately his mother’s term in the prison ended when Edgar was still an infant and his childhood returned to normalcy. The young lad then received his primary as well as secondary education, and even completed his graduation. He found his true calling in politics, and even pursued a career in the field. Soon he proved his mettle, and was appointed to various prominent posts in his political career. Edgar has been elected as the Mayor of Tallinn more than once, which was considered an exceptional feat by many. Although he faced many controversies and accusations, he still managed to retain his supporters, and continued his political journey. This leader is confident and has been known for performing his duties efficiently. His leadership abilities even helped him become the first Prime Minister of Estonian Republic, after its independence was restored. A prolific writer, he has published many articles and even a few books. Much is not known about his personal life except for the fact that he married thrice, and his last wife is also an Estonian politician. To know more about his political profile, works, achievements and timeline read on 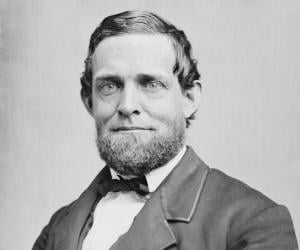 Schuyler Colfax
Political Leaders #3585
Leaders #4714
DID WE MISS SOMEONE?
CLICK HERE AND TELL US
WE'LL MAKE SURE
THEY'RE HERE A.S.A.P
Quick Facts

Estonian People
Gemini Leaders
Estonian Leaders
Gemini Men
Childhood & Early Life
Edgar was born to Elmar Savisaar and Marie Burešin on 31st May 1950. Both his parents served few years in prison on charges related to property and taxation. As a result, Edgar was born at a prison located in Harku, a village belonging to the Estonian county Harju.
He has two siblings, a brother named Lembit Savisaar as well as a sister named Koidula Frolov.
He completed his elementary and secondary education from the Estonian city named Tartu. Later he started pursuing his education at the ‘University of Tartu’ in history and graduated in 1973.
As a candidate of philosophy, he penned a thesis titled ‘Social Philosophical Foundation of the Global Models of the Club of Rome’, in the year 1980.
Continue Reading Below
You May Like

Famous Beautiful Women With Green Eyes
Career
During the period 1980-85, he served as the Chairperson of the ‘Planning Committee of Executive Committee’ of Tallinn Mere District Soviet.
He headed the Department of ‘National Planning Committee’ of Estonia SSR from 1985 to 1988.
This politician served at ‘Mainor’, a consultation establishment, as a research director during 1988-89.
He was then appointed the deputy chairman of the ‘Supreme Soviet of Estonian SSR’ and also headed the ‘Planning Committee’ of the state during 1989-90.
This leader then co-founded the party ‘Popular Front’ in the 1980’s and this party generated the phenomenon called ‘Singing Revolution’.
In 1990, he was appointed as the Minister of Economic Affairs to the Estonian SSR. The same year, he also chaired the Council of Ministers.
Estonia restored its independence and Edgar was elected as the first Prime Minister of Estonian Republic on 20th August 1991. He served in the office for about five months and then resigned due to the deteriorating economy of the country.
During the period 1992-95, he was appointed as the Vice-Speaker of the Estonian legislature, which is popularly known as ‘Riigikogu’.
This political leader then became the Interior Minister of the country, but after allegations of interfering with the privacy of other politicians, he was removed from the post. However, these allegations were not proved and Savisaar declared to withdraw from politics.In 1996, he contested the ‘Riigikogu’ elections and was elected as the Chairman of the ‘Tallinn City Council’.
Continue Reading Below
During the period 1992-2001 he became a Member of 7th, 8th and 9th ‘Riigikogu’, the Estonian parliament.
He was then handled the responsibility of being the Mayor of Tallinn, the capital city of Estonia, during the period 2001-04. After a no confidence vote by the members of the city council, Edgar was removed from his office and Tonis Palts was elected as the new Mayor.
In the year 2005, he became the Minister of Economic Affairs and Communications of Estonian Republic and served the post for the following two years.
Since 2007, Edgar has been serving another term as the Mayor of Tallinn.
Major Works
The party ‘Popular Front’ which was co-founded by Edgar in the 1980s moulded the ‘Singing Revolution’ and this phenomenon was instrumental in restoring the independence of Estonia as well as Latvia and Lithuania.
Awards & Achievements
Savisaar received the ‘Order of the National Coast of Arms’ 2nd Class from Estonia in 2001.
In 2005, this leader was honoured with the ‘Order of the Three Stars’ 2nd Class by Latvia.
he was felicitated with the ‘Order of the National Coast of Arms’ 2nd Class in 2006 by the Estonia Republic.
Personal Life & Legacy
Edgar Savisaar’s first wife was Kaire Karon, and the couple have a son by the name Erki. He then married a woman named Liis Sirje Savisaar, with whom he has a daughter.
This Mayor’s third marriage was with Vilja Savisaar, who is also a politician of the same country, and their daughter is named Rosina. However, the couple declared to get divorced in the year 2009.
This politician has been the centre of controversy for using ‘Machiavellian’ political techniques, which involves incorporating deceptive methods to achieve political goals goals.
This leader is fluent in languages such as Finnish, German and Russian. He has the publication of a few articles and books to his credit.
Trivia
Possibly, he is the most controversial politician of Estonia. ‘Postimees’, a newspaper conducted a poll and its results showed that almost 87% of the people believed Edgar to be provoking clashes
You May Like

See the events in life of Edgar Savisaar in Chronological Order 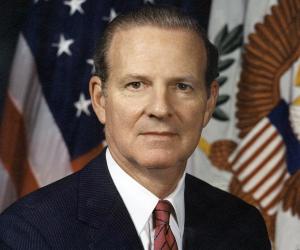