Deborah Ann Ryan, better known as Debby Ryan, is an actress, singer, producer and director. This glam doll gained enough visibility as an actress through Disney Channel’s acclaimed original series ‘The Suite Life on Deck’. This show had earned approximately 5 million viewers and was ranked #1 among the many television shows targeted at children. Be it acting, producing, directing, singing or penning songs, this talented girl has tried them all. Many of her admirers have also hailed Debby as a fashion icon. Ryan has always amazed her fans with her cool and unique looks to such an extent that some of them have even showed interest in owning the same outfits that she has. One of her followers on the online image sharing platform, ‘Tumblr’, asked this young celeb if it’s possible to skydive into her closet. This style queen responded to this saying “People keep asking me (a version of) this question and I’m like YAS. So I’m making it possible soon for you people to shop in my closet and everyone can feel good about it. Eep!”
Continue Reading Below 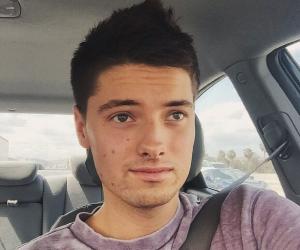 American People
Indie Pop Singers
American Women
Alabama Actresses
Taurus Singers
The Meteoric Rise To Stardom
Debby started her journey by appearing in commercials like that of the gadget ‘iDog’ and various others, during her early teens. At the age of 13, Debby made her first onscreen appearance in a television series named ‘Barney and Friends’. Her first lead role was in the series ‘The Suite Life on Deck’, a sitcom aired on ‘Disney Channel’ in 2008. After this Ryan bagged the lead role in the independent film, ‘What if...’, wherein she shared the screen with actors Kevin Sorbo and Kristy Swanson.

Later, she starred in an adult film titled ‘16 wishes’, for which she also penned songs. Debby’s entry into ‘Hollywood’ was also quite early, she first appeared in the movie ‘Barney: Let’s Go to the Firehouse’ in 2007 and till date, she has appeared in five movies.
‘The Suite Life on Deck’ and ‘16 wishes’ brought her fame as an actor, a song writer and producer, as a result of which she launched her own series, titled ‘Jessie’. Apart from acting and producing, Debby even directed an episode of this series which earned her the reputation of being the youngest director in the history of television. The youngster has also essayed quite a few mature roles, such as the one she played in one of the episodes of ‘Private Practice’.

This talented youngster has produced several projects, which include ‘Jessie’ as well as several music albums. Ryan was also involved in the making of 16 songs, belonging to of various albums, wherein she played different roles, such as that of a singer, songwriter and co-producer/producer.
Debby is also a member of the band named ‘Debby and The Never Ending’, which was formed in 2012. She released her first ever full length album ‘One’ on 24th June, 2014. Her band members, who Debby also apparently considers her best friends, include Kyle Moore, Carman Kubanda, Edwin Carranza, Johnny Franco and Harry Allen respectively.

Get you a friend who makes cute snacks. cc: @stephsstone

Women Singers
Taurus Actresses
American Singers
American Actresses
Continue Reading Below
What Makes Debby Ryan So Special
Debby was a victim of an abusive relationship, but she later on raised her voice against this issue that has been plaguing the world for long. She even joined ‘Don’t Look Away’ - a campaign aimed at fighting domestic violence, in a bid to put an end to the heinous practice. Debby explained her relationship as very painful, though she was never romantically involved with that person. Debby found the courage to open up about the trauma she faced after being a part of this campaign. She believes that the experience had taught her many lessons in her life and said, “If I can learn anything from scars, I don’t consider it a loss”.

Women Folk Singers
Actresses Who Are In Their 20s
American Folk Singers
American Women Singers
Beyond Fame
Humans often make mistakes, but accepting them and refraining from repeating is important. Quite recently, Debby was busted for drinking and driving. According to news reports, Debby was arrested on 5th April, around 19:00 hours in Los Angeles, when she crashed her car into a black ‘Mercedes’. Police conducted a few tests and concluded that Debby had consumed alcohol and the amount in her blood was 0.11%. A person present in the car was injured, due to which the actress was booked for ‘DUI’ (Driving under Influence).
The young singer was released the next day after paying a heavy fine of $100,000. After the news broke out, Ryan tweeted “Over the last few days I have had a chance to think my actions, and I wish I had a better judgment.” She also added “I recognize that I am a role model and have always worked hard to set a good example for millions of my fans. I am sorry to disappoint everyone.”

Female Indie Pop Singers
American Female Folk Singers
Women Film & Theater Personalities
American Film & Theater Personalities
Behind The Curtains
Debby’s was passionate about acting since a very young age and had participated in several competitions. She had started performing in plays at the tender age of seven. Her father, John Ryan was a military man and due to his nature of job, Debby lived in various parts of Europe. She was a quiet child and her mother, Missy Ryan used to pull her out of her hiding place.

Debby considers her elder brother and guitarist Chase Ryan her role model. The brother-sister duo has even performed for the songs of albums that were either produced or written by Debby. The talented artist also handles a music blog, wherein she released the promos of her songs.
Debby was in a relationship with one of her close friends whom she had known for years. However, she ended the relationship after it got abusive. It was difficult for her to believe that she landed in such a situation while gaining fame. After getting out of it she urged everyone to speak against such crimes if they see anyone close to them facing such problems. The name of her abusive boyfriend remains concealed though there are assumptions that she last dated musician Josh Dun and is currently seeing actor Spencer Boldman.
Recommended Lists: