Advanced Search
Domenico Dolce is an Italian fashion designer and entrepreneur famous for being the co-owner of the luxury fashion house ‘Dolce & Gabbana’ (D&G) along with Stefano Gabbana. The son of a tailor, he grew up exposed to fashion and considered it a medium of expressing himself. He worked in his family’s small clothing factory before moving to Milan to attend a fashion design school but dropped out before graduation. In 1980, he met Stefano Gabbana and in 1985, launched their own company ‘Dolce & Gabbana S.p.A.’. The following year, they launched their first collection called ‘Real Women’ and gradually added beachwear, lingerie, menswear, perfumes, home collections, jeans and eyewear lines to their offerings and opened several boutiques. They got a big break when they designed 1,500 costumes for Madonna’s world tour. They won many awards and he became the most influential fashion designer in the industry. He was also involved romantically with Gabbana and the couple lived together for a long time before separating in 2003. They continued to collaborate professionally even after breaking up as a couple. Antonio D’Amico
DID WE MISS SOMEONE?
CLICK HERE AND TELL US
WE'LL MAKE SURE
THEY'RE HERE A.S.A.P
Quick Facts

Italian People
Italian Men
Italian CEOs
Leo Entrepreneurs
Italian Entrepreneurs
Career
After school, Dolce got a job in a famous design studio in Milan. In 1980, while working for designer Giorgio Correggiari, he met Stefano Gabbana through him. He and Gabbana became partners in 1982; at that time, they both designed for other companies as freelancers. In 1983, they left Correggiari to work on their own. Their unique approach of showing off their designs wherever they could garnered them a spot in Milan’s Fashion Week in 1985. In the same year, they launched their own company with the name ‘Dolce & Gabbana S.p.A.’ and in October, they made their fashion show debut at the ‘Milano Collezioni's Nuovi Talenti (New Talents)’.
In March 1986, they launched their first collection named ‘Real Women’ and held their own show. In 1987, they opened their first store in Milan followed by establishing a partnership with Dolce’s father who owned a small manufacturing company named ‘Dolce Saverio’ in Legnano in 1988.
In 1989, they held their first fashion show in Tokyo, Japan, in April, followed by introducing their first lingerie and beachwear line in July. Soon, they opened their first store in Japan. In 1990, they released their first menswear line in January and held their first fashion show in New York in April. By November the same year, they had opened their NYC showroom in Manhattan. In 1991, they received their first fashion award, the ‘International Woolmark Prize’.
In October 1992, they released their first fragrance named ‘Dolce & Gabbana Parfum’ which was named as the ‘Best Fragrance of the Year’ in 1993. In 1993, their fame skyrocketed when they successfully grabbed the attention of pop sensation Madonna. They created 1,500 costumes for her ‘Girlie Show World Tour.’
In 1995, they released their first book named ‘10 Years of Dolce and Gabbana’. In 1996, they were named the ‘Designers of the Year’ by ‘FHM’. In 1998, they also launched a line of eyewear followed by a line of watches in 2000. Several lines of underwear for men and women, ties, belts, handbags, footwear, and jewelry were launched over the ensuing years.
They went on to design clothes for famous celebrities like Kylie Minogue, Brad Pitt, Victoria Beckham, Catherine Zeta-Jones, Monica Bellucci, Angelina Jolie, and Isabella Rossellini. In 2004, they opened their first stand-alone store on Bond Street in London, England, and also designed uniforms for A.C Milan.
Recommended Lists:

Italian Fashion Designers
Leo Men
Continue Reading Below
Family & Personal Life
Domenico Dolce was born on 13 August 1958, in Polizzi Generosa, Sicily, Italy. His father was a tailor and his mother sold fabrics and apparel. He developed an early interest in fashion, thanks to his father. He grew up working in his family’s small clothing factory before moving to Milan to study at the fashion design school Istituto Marangoni. However, he dropped out before graduation thinking he knew enough to start working. He wanted to work for Armani.
Following their business collaboration, he and Gabbana became a couple and moved in together in a 19th-century villa in Milan. In 2003, they announced their separation. However, they continued their professional collaboration. In 2009, they were awarded the ‘Ambrogino Gold medal’ by the City of Milan.
In 2013, he and Gabbana were accused of tax evasion and were given a 20-month suspended sentence in prison. In October 2014, their charges were cleared by the appellate court. According to ‘Forbes,’ he became the 27th richest person in Italy with a net worth of US$1.74 billion in October 2015.
In March 2015, he made a negative comment about children born through IVF, calling them ‘synthetic children.’ This brought him much criticism on social media. British singer-songwriter Elton John even called for the boycott of the brand Dolce & Gabbana. Gabbana stepped in and called for a counter-boycott.
Recommended Lists:
Fashion #1172 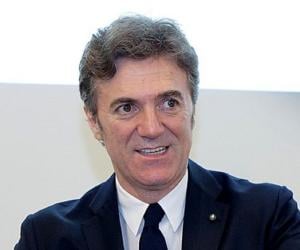 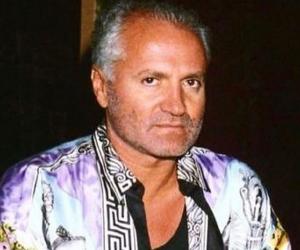