Lance LePere is an American fashion designer who is best known as the spouse of 'New York Magazine' profiled American sportswear fashion designer and Project Runway judge Michael Kors. They are one of the first gay couples who solemnized their longtime relationship in marriage in 2011 after the state laws allowed for it. Starting out as an intern at the Paris office of Kors' company, Michael Kors Holdings Limited, Lance LePere is now the creative director of women’s design at the company. Both he and Kors have been involved in a number of charitable initiatives over the years, and have donated large sums of money to Memorial Hospital and the Roundabout Theatre Company. Mena Suvari
DID WE MISS SOMEONE?
CLICK HERE AND TELL US
WE'LL MAKE SURE
THEY'RE HERE A.S.A.P
Quick Facts

Lance LePere was born in 1970 in Belleville, Illinois, to Harold and Dixie LePere. His father, known as 'Hap', was a noted architect who helped design Memorial Hospital in Belleville. He has a brother named Scott and two sisters named Nicole Sinn and Michelle Hewer. His mother, who was diagnosed with breast cancer when he was only two, used to call her cancer medication "her beauty pills" and never talked about her disease and treatment in a negative way to him even after he was a teenager. His mother died in 2003 after battling with cancer for 33 years. Both his parents had served on the boards at Memorial Hospital. He completed his graduation from Belleville East High School.

Lance LePere came to New York at the age of 17 to build his career in the fashion industry. He found a foothold in the field after he joined Michael Kors' company as an intern in 1990. The two shared "a certain level of taste", "an American point of view", as well as an interest in playing with Americana. In his own words, they dreamed together in a day-to-day process over the years, which gradually brought them close. While working at the Paris outlet of the company, they began having meals together at Joe Allen restaurant and developed an intimacy. He has gained media attention ever since, with most leading news outlets covering their marriage in 2011 following a 21-year-long courtship.

Lance LePere first met Michael Kors in 1990 when he joined Kors' office as an intern. Despite a striking 12-year age gap, the couple begun dating soon after and was already together for two decades when the news of their marriage spread on media in early August 2011. They were spotted by the city hall in Manhattan, following which they confirmed that they had acquired marriage license at the City Clerk’s Office on August 3, 2011. While they had not planned for a major party, they soon tied the knot on August 16, 2011, in a barefoot ceremony on Dune Beach in tony Southampton in Long Island, New York. Their marriage was officiated by Southampton Mayor Mark Epley. They were reportedly in a hurry to get married in order to take advantage of New York's new law permitting gay marriage. The couple lives together at their apartment at Greenwich Village in Lower Manhattan, New York City. They also have a house on Water Island, a hamlet on Fire Island in Suffolk County, New York, where Kors often hosts LePere's nieces and nephews, for whom he had even installed an ice-cream maker once.

In September 2016, Lance LePere and Michael Kors donated $750,000 to Memorial Hospital in memory of LePere’s parents. Lance, whose mother was a breast cancer survivor, has intimate ties with the hospital. Following the donation, the hospital's foundation decided to rename the breast health center at the Memorial Hospital as the 'Harold and Dixie LePere Breast Health Center'.

Lance LePere and Michael Kors, both self-proclaimed "lifelong theatre enthusiasts", are fans of the Roundabout Theatre and love to watch plays at the theatre whenever they get the opportunity. In October 2016, it was reported that the couple had donated $1.5 million to Roundabout Theatre Company to felicitate the creation of a new VIP Patron’s Lounge at the Stephen Sondheim Theatre, which was to be renamed 'Michael Kors and Lance LePere Lounge' in honor of the donors. However, following mixed response from the theatre community, Roundabout clarified that the money will go primarily towards the 50th anniversary campaign of the theatre company, and also towards the Musical Theatre Fund, which will support the development and production of musicals. The production of plays like Kiss Me, Kate and Merrily We Roll Along benefitted from their donation. 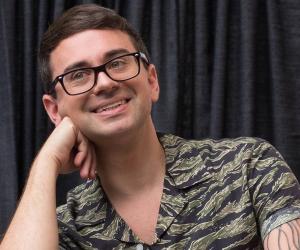