William Sami Etienne Grigahcine, popularly known as DJ Snake, is a French rapper and deejay who earned widespread fame when he earned two Grammy Award nominations for his composition and production skills. DJ Snake first partnered with Lady Gaga for composing, recording, and releasing her album, ‘Born This Way’ which was nominated for a Grammy Award. Later on, he teamed with US-based rapper and record producer, Lil Jon for the latter’s music video, ‘Turn Down for What’ which received a Grammy nomination for ‘Best Music Video’. DJ Snake, who regards hip-hop singers Cypress Hill and KRS-One as his early influences, was heavily into graffiti art as a youngster. He almost always avoided being nabbed by the gendarmes in Paris who used to go after him for defiling the city walls with graffiti. This dodging ability of his earned him the epithet ‘Snake’. Later on when he took to deejaying, he was referred to as ‘DJ Snake’ and the nickname stuck. He started out as a DJ when he was just a teenager, performing in discotheques and nightclubs in Paris. After a few more years, he achieved global recognition after he joined forces with the likes of Lady Gaga, Diplo, and Lil John, producing and releasing numerous hit singles. DJ Snake’s earnest endeavors to spearhead the music genres of ‘Trap’, ‘House’, and ‘Electronic Dance Music’ have been amply acknowledged through Grammy, Billboard, and MTV Video Music Award nominations. 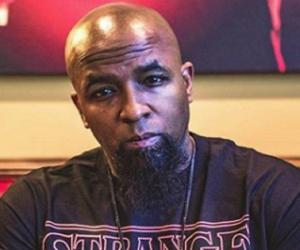 French People
French Men
French DJs
Male Musicians
Gemini Musicians
Childhood & Early Life
DJ Snake was born in the Parisian suburb of Ermont on 13 June 1986 to parents who were Algerian immigrants. Snake, who regarded the suburb where he grew up as a slum, quit studying at 15 to take up employment in a well-known record store in Paris.
It was while working in the popular record shop that DJ Snake came across many celebrated hip-hop artists, rappers, and EDM DJs. He established a good rapport with some of these singers and musicians, including DJ Cut Killer, and hip hop vocalists, Cypress Hill and KRS-One who later on would become his gurus.
DJ Snake expressed in an interview once that he decided to become a disc jockey when he witnessed DJ Cut Killer composing music for a cultish French movie’ “La Haine”.
Snake in the initial phase of his career, participated in shows and events at bars and nightclubs in Paris, prominent amongst these being ‘Les Baines Douches’ and ‘VIPROOM’ as a budding DJ. He did small, impromptu gigs in house parties before moving on to perform at famous Parisian clubs.
DJ Snake came across Steve Goncalves, his future manager at one of the clubs in 2005 when deejaying was still in its infancy with open format ruling the roost. Steve teamed up with Snake after three years and persistently egged him on to compose music on his own.
Continue Reading Below
You May Like

The Sexiest Men Of 2020, Ranked
Career
DJ Snake got the first big break of his career when he came in touch with Lady Gaga’s on-the-road DJ, Paul Blair. From the 20 original songs that Snake composed for Blair, the latter picked five which he later on integrated with ‘Government Hooker’, a track from Lady Gaga’s album, ‘Born This Way’.
DJ Snake contributed towards producing ‘Born This Way’ which was eventually nominated for a Grammy in 2012. He co-produced the track ‘Government Hooker’ that was adjudged as the best by countless aficionados of Lady Gaga, following the record’s release.
Snake effectively remixed tracks by rap luminaries including ‘New Slaves’ by Kanye West, ‘Bubble Butt’ by Major Lazer, and Aluna George’s ‘You Know You like It’ in 2012. He collaborated with Paul Blair for producing the tracks ‘Do What U Want’, ‘Sexxx Dreams’, and ‘Applause’ for Lady Gaga’s record ‘ARTPOP’.
DJ Snake collaborated with Lil Jon for the single ‘Turn Down for What’ in December 2013 that was released and distributed by Columbia Records. The track made it to the top 10 of Billboard’s Electronic Dance Music chart in the same month and year.
'Turn Down for What’ climbed to the 5th position on Billboard EDM chart in January 2014 and opened at number 38 on Billboard Hot 100. This track bagged gold and platinum certifications in February and March 2014 respectively.
'Turn Down for What’ received the nod for a string of MTV Video Music Awards in 2014 in the categories ‘Best Visual Effects’, ‘Best Art Direction’ and ‘Best Direction’. The track eventually bagged the MTV Video Music Award for ‘Best Direction.’
Snake and Dillon Francis partnered and unveiled ‘Get Low,’ the opening song of the latter’s first studio record ‘Money Sucks, Friends Rule’ on their YouTube and SoundCloud profiles in 2014.
DJs Snake and Dillon Francis alternated as supporting performers on Skrillex’s debut music trip titled ‘Mothership Tour’ in 2014. He gigged in the Coachella Music Festival in 2015 with guest appearances by Aluna George, Major Lazer, and MØ.
DJ’s rendition of the remixed track, ‘You Know You Like It,’ originally sung by Aluna George figured in the top 10 Shazamed songs (listing) selected from Coachella 2015.
Continue Reading Below
DJ Snake and his colleague Tchami, an electronic dance musician-cum-producer could not make it to the Monster Mash Festival in Toronto in 2015 owing to an automobile accident in which they were gravely hurt.
The singles ‘Get Low’ and ‘Turn Down for What’ were part of the original soundtrack of ‘Furious 7’ which was the 7th installment of the ‘Fast and Furious’ film series to be released in 2015.
Island Records marketed and distributed DJ Snake’s remix track ‘You Know You like It’ in 2014. The remixed number clambered to the top spot on Rhythmic Songs and Billboard Dance Mix/Show Airplay charts in 2015. The remix went on to peak at number 13 on Billboard Hot 100 in that year.
According to Associated Press, ‘You Know You like It’ claimed the 8th spot in 2015, amongst all songs streamed in the US on Spotify, a digital music and video streaming service.
In 2015 March, DJ Snake collaborated with Major Lazer for the opening single, ‘Lean On’ from the latter’s 3rd studio record, ‘Peace Is the Mission’ which was released by Mad Decent, a US record label. The single reached the 4th spot on Billboard Hot 100.
'Lean On’ became the most extensively streamed track on Spotify since its inception, with more than 526 million downloads by November 2015. A video format of the track which was filmed in India under the direction of Tim Erem was also launched in the same month the single was released.
DJ Snake’s subsequent single, ‘Middle’ was released simultaneously on Spinnin’ Records, Mad Decent, and Interscope Records in 2015 on 16th October. The English songster, Adio Marchant, professionally popular as Bipolar Sunshine, lent his vocals to the single.
Snake’s next single ‘Talk’ was released in June 2016 followed by the release of the track’s video version in the next month. His first studio album, ‘Encore’ was made public in August 2016 featuring the singles ‘Talk’ and ‘Middle’. The celebrated Canadian singer Justin Beiber was featured in ‘Let Me Love You,’ the 3rd track of ‘Encore’.
Major Works
Frenchman DJ Snake is a celebrated rapper and musician, having collaborated with the likes of Lil John, Justin Bieber, Bipolar Sunshine, MØ, Skrillex, and Lady Gaga for recording singles. His collaborative singles like ‘Turn Down for What’, ‘You Know You like It’, ‘Lean On’ and ‘Let Me Love You’ have been globally acclaimed.
DJ Snake’s partnership with Paul Blair, popularly called ‘DJ White Shadow’ for producing the song ‘Government Hooker’ for Lady Gaga’s album, ‘Born This Way’ merited him an ‘Album of the Year’ Grammy nomination. He also coordinated with Blair on the production work of ‘ARTPOP,’ another Lady Gaga album.
'Encore’ has been DJ Snake’s debut and only studio album to be released till date.
Awards & Achievements
DJ Snake’s singles and remixes in his career so far have won him 17 nominations and three awards. The track ‘Turn Down for What’ has been his best claim to fame having been nominated four times and winning MTV Video Music and Billboard Music Awards in 2014 and 2015 respectively.
DJ Snake was felicitated with another Billboard Music Award in 2016 (Top Dance/Electronic Song) for the collaborative track, ‘Lean On.’
Personal Life
DJ Snake is a very private person and has not revealed much about his dating life to the media.
Trivia
Though it sounds incredible, Lil Jon was not DJ Snake’s first preference for collaborating on ‘Turn Down for What,’ the latter’s most successful single that has sold more than 11 million copies.

See the events in life of DJ Snake in Chronological Order 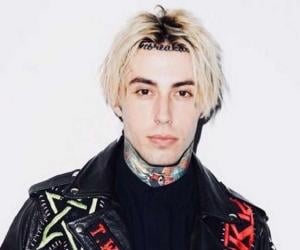