Advanced Search
Dinora Santana is a Brazilian sporting agent who is best known for being the ex-wife of Spanish football star, Dani Alves, whom she divorced in 2011. She officially became a sporting representative after FIFA approved her for the position and gave her a permit regarding the same. Since then, she has been associated with the football business. Santana is also one of the much-recognized faces of Germany-based Kick & Run Sports Management. A woman with a sharp mind and an intellectual attitude, she has worked for some of the top footballers in the world. Santana, who is a mother of two, manages both her professional career and personal life quite efficiently. Being an ambitious single parent, she serves as a role model for many young working mothers. Talking about her personality, she is quite a straightforward and bold woman who believes in taking the charge of her life in her own hands. A former economics student, Santana had worked in a local bank in the past. Cerina Fairfax
DID WE MISS SOMEONE?
CLICK HERE AND TELL US
WE'LL MAKE SURE
THEY'RE HERE A.S.A.P
Quick Facts
Family:

Cerina Fairfax
Career
Dinora Santana initially had a job at a local bank. At the age of 19, she got involved with the football world. Eventually, she was approved by FIFA as their sporting agent. Serving as her then-husband Dani Alves’ agent, she gained many contracts and deals for him. She helped to extend his deal with FC Barcelona and facilitated his transfer to Paris Saint-Germain. Santana also runs numerous joint businesses with her then-husband including Flashforward S.L., a player’s agency. Most of these businesses are Brazil-based. She is also one of the popular agents associated with the Germany-based company called Kick & Run Sports Management that represents over 45 players. In 2014, Santana began working for the Spanish club UE Sant Andreu.
Santana is a renowned personality in the football world since she has successfully garnered prestigious deals for some of the best football players in the world, including Dani Alves, Willian, Danny Welbeck, Gabriel Paulista, and Fabinho amongst others.
Hardworking and intelligent, Dinora Santana is very serious when it comes to her job. She makes sure her clients are at ease in their new clubs. Also, if they have to move to some other country, she takes care of the tasks of renting them a house, necessary legal documentation, health insurance, etc.
Continue Reading Below
Relationship with Dani Alves
Dinora Santana got married to Daniel Alves da Silva in the year 2008 after dating for about six years. They had two kids together, Daniel and Victoria Alves, before divorcing in 2011. Even though the two are divorced, they remain on friendly terms for the sake of their kids. Also, their professional association has not been affected by their divorce. In an article by ‘Globo,’ Dinora Santana mentioned that she often takes care of her ex-husband’s nutritional needs and also supports him during difficult times.
Personal Life
Dinora Santana was born in Brazil. She is in her mid-thirties as of September 2018. Information regarding her parents and siblings is available in public domain. 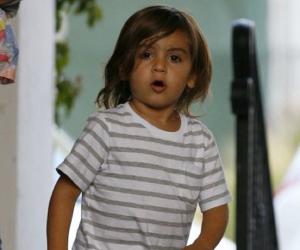 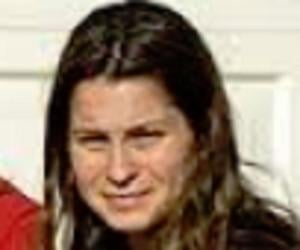