Devon Bostick is a Canadian actor best known for portraying the character of Simon in the flick ‘Adoration’ and of Brent in the movie ‘Saw VI’. He is also recognized for playing Rodrick Heffley in the ‘Diary of a Wimpy Kid’ movie series. The actor has also done considerable work on television, the most popular one being his role as Jasper Jordan in the show ‘The 100’ in which he appeared from 2014 to 2017. The son of an actor and a casting agent, Devon was exposed to the world of show business at an early age. He decided to become an actor while he was still a young boy and received his training from the Etobicoke School of the Arts. Apart from acting in TV series and films, he also appeared in a music video for Lady Gaga. On a personal note, Bostick is a very religious person with a deep faith in God. The Canadian artiste parties a lot and enjoys spending his spare time with his best buddies. He likes to connect with his fans and this is the reason he is extremely active on Twitter and Instagram. Canadian People
Tall Celebrities
Tall Male Celebrities
Scorpio Actors
Canadian Actors
Career
Devon Bostick began acting when he was in the fifth grade. He first appeared in the TV program ‘Exhibit A: Secrets of Forensic Science’. During 2002 and 2003, he appeared in the show ‘Odyssey 5’. After this, he did the television films ‘Hustle’ and ‘Knights of the South Bronx’. In 2005, he starred as Brian in the flick ‘Land of the Dead’. In 2006 and 2007, the actor did a number of TV as well as big screen projects including ‘Degrassi: The Next Generation’, ‘The Altar Boy Gang’, ‘A Life Interrupted’, ‘Aruba’, ‘Citizen Duane’, ‘Fugitive Pieces’ and ‘Saw IV’.
He was cast as Simon in the drama movie ‘Adoration’ in 2008. A year later, he played Brent in the horror film ‘Saw VI’ in 2009. The same year, Bostick had a role in the series ‘Being Erica’. Then in 2010, he began playing the role of Rodrick Heffley in the ‘Diary of a Wimpy Kid’ series movies. That year, the actor also appeared in an episode each of ‘Rookie Blue’, ‘Flashpoint’ and ‘Haven’.
In 2013, he acted in ten episodes of the web series ‘Aim High’. From 2014 to 2017, he played the lead role of ‘Jasper Jordan’ in ‘The 100.’ During this time, Bostick also appeared in the films ‘Small Time’, ‘Regression’, ‘Being Charlie’ and ‘Okja’. He did a music video for Lady Gaga as well.
You May Like

Actors Who Are In Their 30s
Canadian Film & Theater Personalities
Scorpio Men
Continue Reading Below
Personal Life
Devon Bostick was born on November 13, 1991 in Toronto, Ontario, Canada. His father, Joe Bostick, is an actor and film fight coordinator. His mother, Stephanie Gorin, serves as a casting agent. Bostick has a brother named Jesse who is also an actor. He graduated from the Etobicoke School of the Arts. Talking about the actor’s love life, he dated Alexandra Burman in the past. Currently, he is supposedly single. 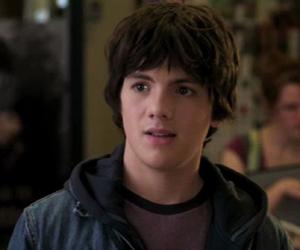 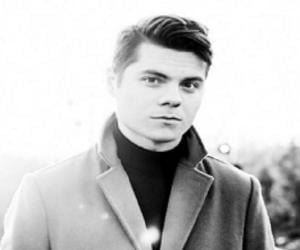