David Lynch is an American filmmaker, author, painter, actor, and photographer. Considered to be one of the top directors of this era, David Lynch is a world-renowned artist. He gained prominence as a filmmaker when he developed a unique style of filmmaking. He started his career as a painter and then started making short films. He eventually directed his first feature length film ‘Eraserhead.’ The film, which was a surrealist body horror, made Lynch hog the limelight. Though his first project was more of an independent venture, he received some support for his second feature film ‘The Elephant Man.’ The film turned out to be a huge commercial and critical success. He went on to create movies, such as ‘Lost Highway’ and ‘Mulholland Drive.’ Many of his movies are considered classics. He entered the world of television in 1990 with the series ‘Twin Peaks.’ With this, he changed the face of American prime time television forever. According to experts, David Lynch is the one who initiated the golden age of American television. After directing ‘Inland Empire,’ which released in 2006, Lynch announced his retirement, and cited commercialization of the industry as the reason behind his retirement. He then started directing short films, before making a comeback to TV in 2017. During the course of his career, Lynch has received nominations for ‘Academy Award.’ He has also won the ‘Golden Palm’ award at the prestigious ‘Cannes Film Festival.’ See the events in life of David Lynch in Chronological Order 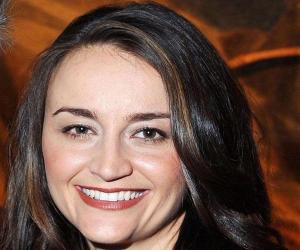