David Karoly is a world renowned Australian atmospheric scientist. Read this biography to know details about his life, career, profile and timeline. DID WE MISS SOMEONE?
CLICK HERE AND TELL US
WE'LL MAKE SURE
THEY'RE HERE A.S.A.P
Popularity Index
Scientists #659
David Karoly
Quick Facts

Zbigniew Brzezi...
David Karoly is an internationally acclaimed Australian atmospheric scientist, who has greatly contributed to the field of atmospheric sciences. Completing his studies from the University of Melbourne and later from Monash University and University of Oklahoma, he dedicated his lifetime to the study of climate science. An expert in the field, he conducted his research on climate variability and climate change, including greenhouse climate change, stratospheric ozone depletion and inter-annual climate variations due to El-Nino Southern Oscillations. It is for his excellent take on the subject that he is regarded as the global expert in calculating the dynamics of atmospheric circulation and its variability in Southern Hemisphere. He contributed immensely in the preparation of the Fourth Assessment report of the Intergovernmental Panel on Climate Change which was released in 2007. Over the years, he has written 7 books, 15 chapters and 96 journal articles on atmospheric studies. Presently, he has dedicated himself to studying the impact of climate change on weather extremes, human and natural systems.
Recommended Lists:

Cancer Scientists
Australian Scientists
Cancer Men
Childhood & Early Life
David Karoly was born on July 12, 1955 in Sydney, Australia. Not much is known about his family, parents and early life.
Completing his preliminary studies, he enrolled at the Monash University, Melbourne in the early 1970s in the field of applied mathematics. But later on he developed interest in meteorology and took to studying the same from the University of Reading in Reading, England.
In 1980, he was awarded a PhD degree in meteorology from the University of Reading.
Continue Reading Below
You May Like

The Best WWE Wrestlers Of The 1990s
Career
Upon gaining his PhD degree, he returned to Australia and took up the position of a postdoctoral research fellow at the Australian Numerical Meteorology Research Center at CSIRO (Commonwealth Scientific and Industrial Research Organization) which he continued for two years from 1981 to 1983.
In 1983, he returned to his alma mater, Monash University as a Senior Lecturer and Reader in Mathematics. He continued in the position for seventeen years until 2001. Meanwhile, concurrently, he served a number of important positions.
From December 1984 to June 1985, he served as the scientific visitor at the National Center for Atmospheric Research (NCAR) in Boulder, USA. Furthermore, for a year, from August 1988 to July 1989 he served as the visiting research scientist at the Geophysical Fluid Dynamics Laboratory, Princeton University, USA
From July 1993 to September 1994, he served as the acting professor and interim director of the Cooperative Research Centre for Southern Hemisphere Meteorology at Monash University.
He was called to UK for nine months between 1994 and 1995 during which he served as the visiting scientist at the Haddley Centre, Meteorological Office in Bracknell, UK.
In 1995, he was offered the prestigious position of Director of the Cooperative Research Centre for Southern Hemisphere Meteorology, and Professorial Fellow at Monash University which he continued for five years.
Later on, he served as a member of numerous prestigious organizations. In 1996 he became a member of the Australian Academy of Sciences National Committee for Climate and Global Change.
Two years later, in 1998, he became a member of the World Meteorological Organization (WMO) Climate Variability Research Program (CLIVAR) Working Group on Climate Change Detection. Same year, he took up membership at the Medical and Scientific Committee of the Anti-Cancer Council of Victoria.
In 1999, he took up the chair of the Course Advisory Committee of the Grad. Dip. Met at the Bureau of Meteorology Training Centre. Furthermore, in 2000, he served as the Member of the Australian Antarctic Sciences Advisory Committee.
In 2001, he took up the professorship of Meteorology at Monash University. Same year, he was promoted as the Head of the Department of Mathematics and statistics at Monash University
Between 2003 and 2007 he was Professor of Meteorology in the School of Meteorology at the University of Oklahoma. Since May 2007, he has been serving the School of Earth Sciences at the University of Melbourne.
He contributed immensely in the preparation of the Fourth Assessment report of the Intergovernmental Panel on Climate Change which was released in 2007.
Currently, he holds the membership of the Climate Change Authority in Australia, which was established in 2012 and woks as an independent body studying providing expert advice on the operation of Australia’s carbon price, emissions reduction targets and other Australian Government climate change mitigation initiatives.
He also serves as the member of the Science Advisory Panel to the Australian Climate Commission, the Wentworth Group of Concerned Scientists, and the Joint Scientific Committee, which looks after the functioning of the World Climate Research Programme.
Awards & Achievements
He has been bestowed with numerous awards in his lifetime including Clarence Leroy Meisinger Award from the American Meteorological Society in 1993 and Norbert Gerbier-MUMM International Award from the World Meteorological Organization in 1998.
In 1999, he was elected Fellow of the American Meteorological Society, for his outstanding contributions in the field of atmospheric sciences.
You May Like

See the events in life of David Karoly in Chronological Order 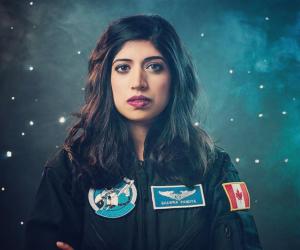