Dave Franco is an American film and TV actor. He initially wanted to pursue a career in writing and got some of his poems published the Teen People Magazine. He wrote two full length screenplays while he was studying psychology and film at the University of South California. Dave is the younger brother of popular actor James Franco and has a successful film career with films such as ‘Warm Bodies’, ‘21 Jump Street’, ‘Now You Can See Me’ and its sequel. The youngest of the three Franco brothers, James and Tom, Dave never initially wanted to pursue acting. Writing was something he was in love with and was quite popular in college due to his writing talents and creativity. He started his film career with ‘Frat Bros’, a short film which got released back in 2006 and after that, his career took off as he played a crucial role in 2007’s ‘Superbad’. He made his Television debut in 2006, with an episode long role in ‘7th Heaven’. He is also fond of video games and has provided his voice for Tony Stark in Marvel’s video game ‘Marvel Avengers Academy’. 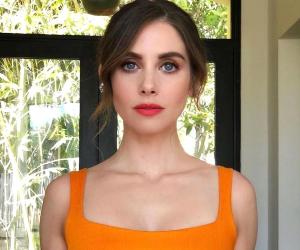 American People
American Men
California Actors
University Of Southern California
Gemini Actors
Childhood & Early Life
Dave Franco was born in California on June 12th 1985 to Betsy Lou and Douglas Eugene Franco. His mother is connected to the art world and known as an accomplished poet, author and editor, while his father (now deceased) used to be a Silicon Valley mogul. Dave has Swedish, Russian and Portuguese ancestry. Dave has openly claimed that he is a proud Jew.
Dave was lucky enough to be born in a family of artists. Franco and his brothers grew up together in California amidst a family full of artists and quite a famous one.
He was studying at the University of Southern California when his elder brother James Franco’s manager pushed Dave towards acting and got him enrolled in a theatre class, where Dave learned the basics of acting. Initially, Dave wanted to be a writer, teach creative writing and make a career out of it. That was due to his closeness with his mother, who had several notable writing works to her name.
Continue Reading Below
Career
Dave Franco made his television debut with CW drama series ‘7th Heaven’ for one episode, but his performance was impactful enough to get him two more shows ‘Do Not Disturb’ and ‘Young Justice’. Franco has also been credited with playing roles in a number of big and small films such as Superbad, Charlie St. Cloud, 21 Jump Street, Warm Bodies, The Shortcut and Now You See Me.
In the 2008 CW teen drama TV show ‘Privileged’, he was cast as a major character which was although not regular, but kept reappearing at regular intervals. Dave’s performance was, however, appreciated but the show couldn’t hold up and was eventually cancelled by the network due to very low ratings.
In 2009, Franco played the character of Cole Aaronson, a medical student in the long running medical drama series ‘Scrubs’. He played a rich guy whose family paid a massive amount of money in order to get his son as an intern in the Sacred Heart Hospital. Franco appeared in the ninth and final season of the series and was seen in all the episodes, perfectly showing his acting chops for which he received wide acclaim.
In 2011, he was named as the ‘Breakout star to watch out for’ by MTV Networks, and in the same year, Dave appeared in a horror movie ‘Fright Night’ alongside industry biggie, Colin Farrell. The vampire horror film made about 4 million worldwide and Dave cemented his place as a bankable young actor in Hollywood.
In mid 2012, Dave, along with his brother James, was named among the ‘50 most skilled, talented, funny and gorgeous Jew men in the world’ and in the same year, he was seen in ‘21 Jump street’ as a drug dealer and a high school student. The film was a worldwide success and earned Dave a few award nominations.
In 2013, he starred in the adaptation of ‘Warm Bodies’, a Zombie romantic comedy film which follows the romance between a Zombie and a human. Later in the same year, he appeared in ‘Now You See Me’, a heist thriller having an ensemble cast featuring big names such as Woody Harrelson, Morgan Freeman and Jesse Eisenberg. Dave received acclaim for his role and went on to reprise his role in the sequel, which came out in 2016.
He featured alongside Seth Rogen in a 2014 comedy film ‘Neighbours’ and made a guest appearance in ‘22 Jump Street’, where he reprised his role from the previous instalment. He also starred in ‘Unfinished Business’ in the very same year. 2016 was a year of sequels for Dave and he reprised his roles in the second instalments of ‘Neighbours’ and ‘Now You See Me’.
Talking about his future endeavours, Dave will soon be seen starring in ‘The Disaster Artist’ and ‘Zeroville’, where he will be seen playing an actor. Apart from the films, Dave is also focusing on his career as a writer, and has said that he is in the process of writing a screenplay.
Personal Life
Dave Franco dated American actor and dancer, Dianna Agron, from 2008 to 2009. He started dating Alison Brie in 2012 and after three years of being romantically involved, the beautiful couple got engaged in 2015. On 13th March 2013, the couple said that they got married recently in a very private ceremony.
Dave is very close to his brother James. James has always been too protective of his younger brother ever since they were kids. When he was confused about his acting career, James helped Dave with a good manager, which played a huge role in Dave’s career. He shares a good rapport with his brother Tom as well.
Dave Franco’s net worth is about 5 Million dollars, making him one of the richest young American Hollywood stars.
Trivia
Although his mother loves his poems, Dave has admitted that he is ashamed of his writing skills. He writes simple words, then uses thesaurus to locate the correct replacements.
Dave is a cat lover and says that there was never a point in his life when he didn’t have cats.

See the events in life of Dave Franco in Chronological Order