(Screenwriter - The Most Famous Member of The 'Hollywood Ten')
Advanced Search James Dalton Trumbo was an American Academy Award-winning screenwriter and novelist who famously refused to testify before the House Un-American Activities Committee during its investigation of communist influences in the motion picture industry. Dalton is regarded as the most talented and popular among the infamous ‘Hollywood Ten’ who were blacklisted by Hollywood for their alleged communist ties between 1947 and the late 1950s. Owing to his massive popularity, he was able to work clandestinely even after being blacklisted. As a scriptwriter he contributed to several hit films, such as ‘Roman Holiday’, ‘Exodus’, ‘Spartacus’, ‘Thirty Seconds Over Tokyo’, ‘The Brave One’, and ‘Johnny Got His Gun.’ Following his ban from working in Hollywood, he began using his friend Ian McLellan Hunter as his front as he continued writing scripts. It was his impeccable writing skills which ultimately forced the authorities to give him full credit for his work in ‘Exodus’ and ‘Spartacus’ in the late 1950s, bringing an end to the ban on hitherto blacklisted artistes in Hollywood. American Celebrities
American Film & Theater Personalities
Sagittarius Men
Childhood & Early Life
Dalton Trumbo was born in Montrose, Colorado on December 9, 1905 to Orus Bonham Trumbo and Maud Trumbo. He attended Grand Junction High School. As a student, he worked as a cub reporter under Walter Walker for the ‘Grand Junction Daily Sentinel.’ *He went to the University of Colorado at Boulder where he worked as a reporter for the ‘Boulder Daily Camera’ and also contributed to their yearbook, campus humor magazine, and campus newspaper.
He later attended the University of Southern California. While studying there, he worked a few odd jobs while also writing movie reviews and short stories. He wrote a total of 88 short stories and six novels during that time. However, he failed to get any published as each one of them was rejected by various publications.
Continue Reading Below
You May Like

Who Is The Most Popular BTS Member?
Career
During the early 1930s, Dalton Trumbo’s hard work started paying off and he managed to get several of his stories published in various publications like ‘Saturday Evening Post’, ‘Hollywood Spectator’, ‘Vanity Fair’, and ‘McCall's Magazine’. Later, he was appointed by Warner Bros. studio as one of their readers.
One of his initial published novels, ‘Eclipse,’ portrayed the social realities of the Great Depression era. It was deemed controversial in his hometown. In the late 1930s, he wrote another novel. Titled ‘Johnny Got His Gun’, it was an anti-war novel inspired by a Canadian soldier who loses his limbs in the World War I.
After his success as a novelist, he established his credentials working as a screenwriter in Hollywood. He was among the highest-paid writers in the film industry during that time, earning as much as $4000 per week.
Between 1940 and 1945, he delivered some of the most popular works of his career including the scripts of ‘Kitty Foyle’, ‘Thirty Seconds Over Tokyo’, and ‘Our Vines Have Tender Grapes.’ He was nominated for an Academy Award for his brilliant writing in ‘Kitty Foyle’.
During the early 1940s, Dalton joined the Communist Party and his novel ‘The Remarkable Andrew’ reflected his views on the United States getting involved in the World War II. During the war, he received letters from pro-fascists demanding copies of ‘Johnny Got His Gun’ which he handed over to the FBI voluntarily.
On July 29, 1946, the publisher and founder of ‘The Hollywood Reporter’, William R. Wilkerson published a column titled ‘A Vote for Joe Stalin’ and named Trumbo and several others as Communist sympathizers. Subsequently, Dalton and nine others were summoned by the House Un-American Activities Committee (HUAC) to testify for their investigation of whether they had influenced the film industry with their communist propaganda.
They refused to give any information and were convicted for contempt of Congress for which they appealed to the Supreme Court on First Amendment grounds and lost. Dalton served eleven months in the federal penitentiary in Ashland as a result of the verdict.
Following the verdict, the Motion Picture Association of America (MPAA) issued a ban on these ten men. After serving his sentence, Dalton moved to Mexico City with Hugo Butler and his wife Jean Rouverol.
During his time in Mexico City, he wrote some of the best scripts of his career. However, as he was banned from working in Hollywood, he had to write using pseudonyms. His work, ‘The Brave One’, which he wrote under the pseudonym of Robert Rich, became especially popular.
Years later, it was revealed that Trumbo was behind the scripts of ‘Exodus’ and ‘Spartacus’ as well. Actor Kirk Douglas helped him come out of the exile and had him reinstated into the Writers Guild of America. He was also given due credit for the scripts he had written during his ban.
Major Works
During his exile, Dalton Trumbo wrote some of his best scripts under various pseudonyms. One of these popular works was ‘The Brave One’, an anti-war film based on a Canadian soldier who loses his limbs during the course of the World War I. He wrote this script using the pseudonym of Robert Rich as he was blacklisted at that time. His efforts were eventually recognized and he was given the Academy Award for Best Story.
Personal Life
Dalton Trumbo married Cleo Fincher in 1938 and together they had three children, Christopher Trumbo, a filmmaker and screenwriter by profession, Melissa, a photographer, and Nikola Trumbo, a psychotherapist.
He passed away on September 10, 1976 due to heart failure in Los Angeles. His body was donated to scientific research. His widow Cleo Trumbo passed away on October 9, 2009 in Los Altos at the age of 93.
You May Like

See the events in life of Dalton Trumbo in Chronological Order 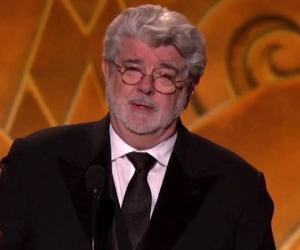