Advanced Search
Cleopatra is said to be the most beautiful woman in the history of human race, who successfully ruled the hearts of the most powerful men of that time. Her beauty and aesthetic appeal has been a subject of discussion and an inspiration for art in popular Western culture. But did you know that the legendary saying can actually be just a myth? Again speculative, but many historians claim to say that Cleopatra was masculine-looking with thin lips, prominent chin and a long, hooked nose. This, they say, has been backed by images of the Queen that have been unearthed through the statues and coins of that era. However, beautiful or not, she was definitely the most tactful and intelligent leader of her times. Shrewd, powerful and authoritative, she acquired the throne at the tender age of 18, following the demise of her father and remained the ruler until her death. She married two of her brothers and was involved in the murder of two of her siblings, one brother and one sister, to safeguard the throne for herself and her son, Caesarion. It is interesting to note that in a male-dominated society, Cleopatra not only managed to hold the country together but served as a powerful leader as any of her male counterparts.

Mary I of England
DID WE MISS SOMEONE?
CLICK HERE AND TELL US
WE'LL MAKE SURE
THEY'RE HERE A.S.A.P
Quick Facts

Greek People
Greek Empresses & Queens
Women Historical Personalities
Greek Historical Personalities
Greek Female Historical Personalities
Childhood & Early Life
Following the death of Alexander the Great in 323 BC, a line of rule was established in Egypt of which King Ptolemy I Soter became its first ruler. Over the next three centuries, his descendants took to the throne.
Cleopatra VII Philopator, popularly known as Cleopatra, is said to be the daughter of Cleopatra V Tryphaena of Egypt, sister and wife of Ptolemy XII Auletes. She is reported to have been born in 69 BC in Alexandria, Egypt.
There is much speculation about her ethnicity. While it was believed that she had a Greek descent, some claim her to have a black African background. 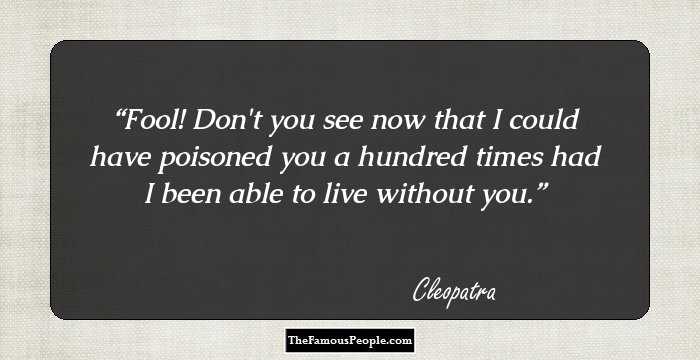 Quotes: You, I
Continue Reading Below
Career
By the age of 14, she had become the joint regent and deputy of her father, though with limited powers. The death of her father four years later in 51 BC automatically made Cleopatra, who was then 18, and her ten year old brother Ptolemy XIII joint monarchs.
According to the customary rituals, Cleopatra and Ptolemy XIII married each other. However, she explicitly stated that she wanted to be the sole ruler and had no intention of sharing power.
The first three years of her reign were tough for the two as it was marked by economic failure, famine, deficient floods of the Nile, and political conflicts. In no time, Cleopatra broke apart from Ptolemy and ruled out his name from the official documents.
The appearance of her face alone on the coins irked the people as it broke the age old Ptolemaic tradition of female rulers being subordinate to male rulers.
Her conflict with Gabiniani led to a downfall of Cleopatra and marked an end to her reign. In 48 BC, her brother Ptolemy XIII became sole ruler. Though she tried to bring about a rebellious uprising, it was in vain and she had to flee.
Meanwhile, while Cleopatra was in exile, Pompey got involved in the Roman Civil War. His defeat at the Battle of Pharsalus led to his arrival at Alexandria and his eventual execution on orders of Ptolemy.
Ptolemy, who had ordered the death of Pompey in order to get close to Julius Ceasar, was strongly flawed as Caesar got furious at being presented with the beheaded head of Pompey. Though Pompey was a political rival, he was a Roman consul and the widower of Caesar's only legitimate daughter, Julia.
Enraged by the act of Ptolemy, Caesar captured the Egyptian capital, dethroning Ptolemy and imposing himself as the mediator between Cleopatra and Ptolemy.
Meanwhile, capitalizing on the slip-up made by Ptolemy, Cleopatra came close to Caesar. Love overpowered and Caesar dropped his plans to annex Egypt and instead assisted Cleopatra in her claim for throne. In the Battle of Nile, he drowned Ptolemy XIII and made Cleopatra the Queen.
Continue Reading Below
Cleopatra, along with another younger brother Ptolemy XIV became the co-ruler. In 46 BC, she along with Caesarion and Ptolemy XIV, visited Rome. This created outrage in the public as Caesar was already married to Calpurnia Pisonis.
After the assassination of Caesar on March 15, 44BC, Cleopatra returned to Egypt. Subsequently, Ptolemy XIV died and Caesarion succeeded the throne along with Cleopatra.
In the Roman Civil War, she assisted Italy and moved to the eastern side of the Roman Empire. She started building a military base for the Caesarian forces, led by Antony and Octavian but could not participate in the war as she had turned ill.
Meanwhile, Cleopatra was summoned to meet Antony, who doubted her loyalty. However, upon meeting her, he was so spellbound by her gracious presence that he moved to Alexandria with her.
In 41 BC, following the instructions of Cleopatra, Antony executed Arsinoe, whose growing popularity became a cause of worry for the beautiful Queen. She even ordered the death of Cyprus and Serapion.
Following Antony’s conquest of Armenia, Cleopatra-Caesarion were crowned co-rulers of Egypt and Cyprus. Alexander Helios was crowned ruler of Armenia, Media, and Parthia while Cleopatra Selene II was crowned ruler of Cyrenaica and Libya. Ptolemy Philadelphus was crowned ruler of Phoenicia, Syria, and Cilicia. 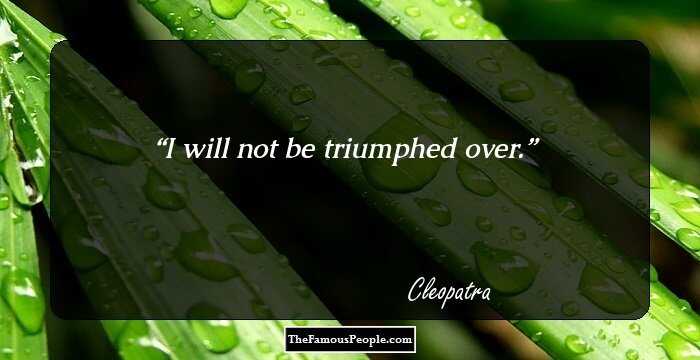 Personal Life & Legacy
There are no official records of a marriage between Caesar and Cleopatra but it is said that nine months after the first meeting between the two, Ptolemy Caesar, fondly called ‘Caesarion’, was born.
Cleopatra and Antony were blessed with twins, Alexander Helios and Cleopatra Selene II, on December 25, 40 BC. The two married four years later following the customary Egyptian rites and rituals. They were blessed with a third child, Ptolemy Philadelphus.
There are several stories about the fortuitous death of Cleopatra. While the ancient Roman sources claim that she killed herself by being bitten by an Egyptian cobra, Strabo, the man who was alive at the time of the event, claims that either she applied a toxic ointment or was bitten by an asp on her breast.
German historian, Chritph Schaefer claimed that she had drunk a mixture of poisons which led her to the death bed.
Though it is not known with certainty about where she lay buried, it is often argued that she was buried near the temple of Taposiris Magna, southwest of Alexandria
Shakespeare’s play, ‘Antony and Cleopatra’ depicts the legendary love affair between the two powerful leaders. Additionally, Cleopatra been the subject of numerous works of art, stories in literature and other media and films.
Trivia
She was the last Pharaoh of ancient Egypt. Though legend states her to be the most beautiful and gorgeous woman of her time, not many know that she was a tactful and highly intelligent leader who ruled Egypt for about two decades. 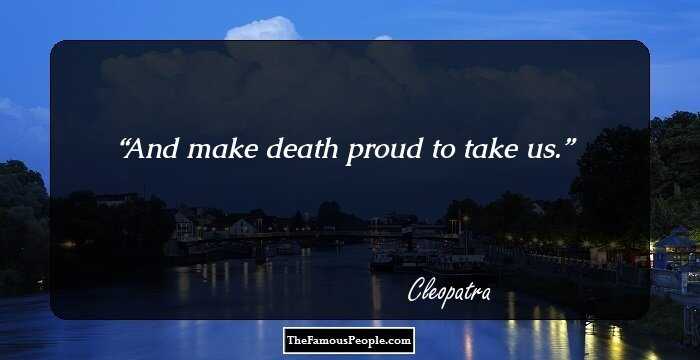 See the events in life of Cleopatra in Chronological Order 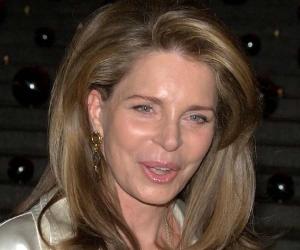 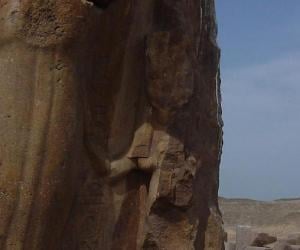