Chris Cornell was a rock musician who served as the lead vocalist and rhythm guitarist for the band ‘Soundgarden.’ He also served as a vocalist for the band ‘Audioslave.’ He was also the founder and front-man of the band ‘Temple of the Dog,’ which was formed as a tribute to his friend, Andrew Wood. In addition, he had released several solo studio albums. An innovator who resisted genre labels, Cornell was widely regarded as the chief architect of the 1990s grunge movement. Once ranked as ‘one of the best voices in music history,’ he successfully maintained his own unique identity. What made his songs distinct was the usage of non-standard chord progressions as he did not stick to one diatonic scale. Even for a short sequence, he used to change the keys several times. Though he did not change his style during his early career for ‘Soundgarden,’ he later switched to a more conventional style with short interludes. Throughout his career, which spanned for more than two decades, he was nominated for the prestigious ‘Grammy Award’ several times. He was also nominated for other awards, and won quite a few of them. He was associated with many charitable organizations, particularly in the fields of education and child rights. Jack Black
20th July In History
DID WE MISS SOMEONE?
CLICK HERE AND TELL US
WE'LL MAKE SURE
THEY'RE HERE A.S.A.P
Quick Facts 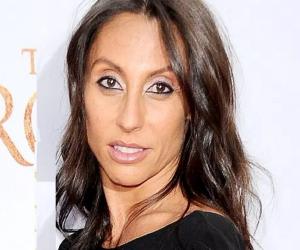 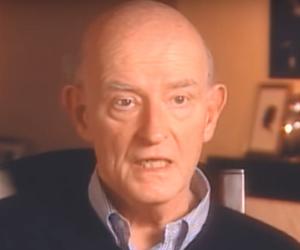 American Celebrities
Heavy Metal Musicians
American Men
Washington Musicians
Male Singers
Childhood & Early Life
Cornell was born Christopher John Boyle on July 20, 1964, in Seattle, Washington, USA, to Ed Boyle, a pharmacist, and Karen Cornell, an accountant. He has five siblings— Peter, Patrick, Katy, Suzy, and Maggie.
He studied at ‘Christ the King Catholic’ elementary school and ‘Shorewood High School,’ and loved listening to ‘The Beatles.’ He was uncomfortable with people around him, and was able to overcome the problem through rock music. 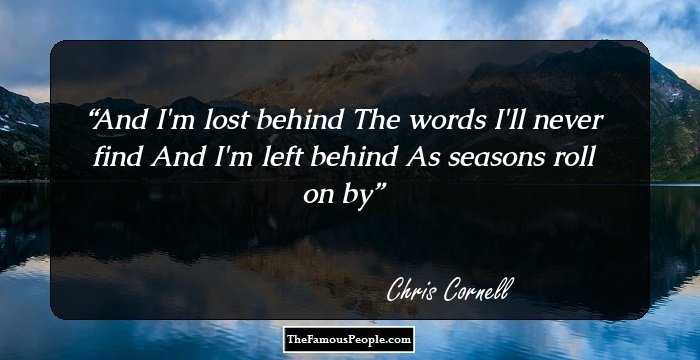 Quotes: Never
Continue Reading Below
Career
Before becoming a successful musician, he worked as a sous-chef at a restaurant named ‘Ray's Boathouse.’ In the early-1980s, he became a member of the band ‘The Shemps,’ and met bassist Hiro Yamamoto.
‘Soundgarden’ was formed in 1984, and consisted of his jamming partners, Thayil and Yamamoto. Later, Matt Cameron joined the band as its permanent drummer, allowing Cornell to concentrate on vocals.
In 1990, he formed ‘Temple of the Dog’ as a tribute to his friend, late Andrew Wood, lead singer of ‘Mother Love Bone.’ Cornell released an album the following year.
Soundgarden’s final album ‘Down on the Upside’ released in 1996, and included singles, such as ‘Pretty Noose,’ ‘Blow Up the Outside World,’ and ‘Burden in My Hand.’ The album did not do well commercially.
He began writing and recording with guitarist Alain Johannes and keyboardist Natasha Shneider of the band ‘Eleven.’ His first solo album ‘Euphoria Morning’ released in 1999 and included the single ‘Can't Change Me.’
In 2001, he joined hands with three other musicians to form ‘Audioslave.’ Apart from him, the band consisted of former instrumentalists of the band ‘Rage Against the Machine’ - Tom Morello, Tim Commerford, and Brad Wilk.
Audioslave's second album ‘Out of Exile’ released in 2005, and debuted at the top of the ‘Billboard 200’ chart.
‘Revelations,’ Audioslave's third album, was released in 2006. A special marketing campaign placed the album’s art concept on ‘Google Earth’ in the South Pacific. The art concept was placed as a fictional island called ‘Audioslave Nation.’
He co-wrote and performed the theme song ‘You Know My Name’ for the 2006 ‘James Bond’ film, ‘Casino Royale.’ The song became the first ‘Bond’ theme song since ‘Octopussy’ to not have an eponymous title.
Continue Reading Below
His 2007 solo album ‘Carry On,’ produced by Steve Lillywhite, was made in collaboration with his friend and legendary guitarist Gary Lucas.
‘Scream,’ his third solo album was released in 2009. He toured across North and South America, Europe, and a total of 21 nations to promote the album. The tour included a triumphant open-air show in Tel Aviv.
In 2010, ‘Soundgarden’ made a historic reunion during Chicago's ‘Lollapalooza’ festival, and released their retrospective album ‘Telephantasm.’ They also toured through places, such as Australia, New Zealand, Europe, and North America.
A series of solo acoustic shows took place as part of the 'Songbook' tour between 2009 and 2011. The shows took place in places like the USA, Canada, New Zealand, Australia, and South America, and received positive reviews.
In 2011, he released ‘The Keeper,’ an original song written for the film ‘Machine Gun Preacher.’ Initially, the song was exclusively available as part of the ‘Donate to Download’ campaign for children's charity in Africa.
He released an acoustic live album titled ‘Songbook’ in 2011; it was his first live album as a solo artist and featured songs recorded during his 'Songbook' tour in North America. He continued his ‘Songbook’ tour in 2012-13, and performed at many venues in Europe and the US.
In September 2015, he released his fourth and final studio album ‘Higher Truth.’ It received favorable reviews from music critics.
His last solo release before his untimely death was the charity single ‘The Promise,’ which released in March 2017. 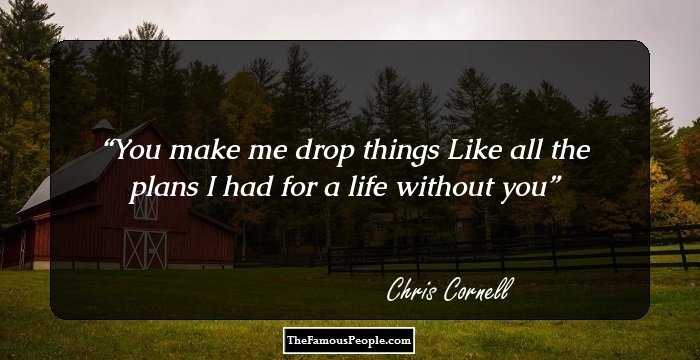 Quotes: You, Life, Me, I
Continue Reading Below
Major Works
‘Superunknown,’ Soundgarden’s breakthrough album released in 1994. It debuted at number one on ‘Billboard 200.’ It had several successful singles, such as ‘Spoonman’ and ‘Black Hole Sun’ which earned the band international recognition.
The self-titled debut album ‘Audioslave,’ which released in 2002, entered the ‘Billboard 200’ chart at number seven position. It achieved triple platinum status, having sold more than three million copies in the United States alone.
Awards & Achievements
Between 1994 and 1995, ‘Soundgarden’ won the ‘MTV Video Music Award’ for ‘Black Hole Sun’ in the ‘Best Metal/Hard Rock Video’ and ‘Best Hard Rock’ categories. ‘Spoonman’ won the ‘Grammy’ in the ‘Best Metal Performance’ category.
‘You Know My Name’ from ‘Casino Royale’ won the ‘World Soundtrack Award’ in 2007 for ‘Best Original Song Written Directly for a Film.’ It had also won the ‘Satellite Award’ for ‘Best Original Song’ the previous year.
From 1990 to 2011, he was nominated several times for the ‘Grammy Award.’ He received these nominations for his solo work as well as his work as part of his bands ‘Soundgarden’ and ‘Audioslave.’ These nominations came under ‘Best Rock’ or ‘Best Hard Rock’ categories.
He won the ‘Grammy Award’ posthumously for ‘Best Rock Performance’ for the song ‘When Bad Does Good’ in 2019.
Personal Life & Legacy
Chris Cornell married Susan Silver, the manager of ‘Soundgarden,’ in 1990. They got divorced in 2004. His second marriage was to Vicky Karayiannis, a Paris-based American publicist. He had two daughters and a son from his marriages.
In 2012, Cornell and Vicky created the ‘Chris and Vicky Cornell Foundation’ to protect the most vulnerable children. The foundation also aimed at providing support to children facing tough challenges, including homelessness, poverty, abuse, and neglect.
He was found dead in his hotel room at the ‘MGM Grand’ in Detroit on May 18, 2017. He had performed in a show with ‘Soundgarden’ at the ‘Fox Theatre’ the previous evening. The cause of his death was determined as suicide by hanging. He was 52 years old.
Trivia
This famous rock icon once said, “I’m not a lyric writer to make statements. What I enjoy doing is making paintings with lyrics, creating colorful images. I think that’s what entertainment and music should be.”
This famous singer was the face of fashion producer John Varvatos' ad campaign. He became a restaurateur when he opened his restaurant ‘Black Calavados’ in Paris.

See the events in life of Chris Cornell in Chronological Order