Called "the father of modern African writing", Chinua Achebe was one of the most widely read novelists from Nigeria who played a pivotal role in the development of African literature. Considered to be a major writer in not just the country of his birth but throughout the world, his debut novel ‘Things Fall Apart’ has sold over 12 million copies worldwide and has been translated into more than 50 languages. As an academically brilliant student at school he was often praised by his teachers for his reading skills. He easily got accepted into a prestigious college where he discovered his love for African culture and reading. He began writing during his university years and became a teacher after graduation. A voracious reader, he was disappointed with the European interpretation of African culture and disturbed by the non-African authors’ ignorance about Africa and its people. Determined to present a realistic picture of Africa to the world, he set about writing his novel ‘Things Fall Apart’ which was published after considerable editing and revising. The book was well received and went on to become one of the most significant books in African literature. He wrote several other critically acclaimed novels and eventually won the Man Booker International Prize. 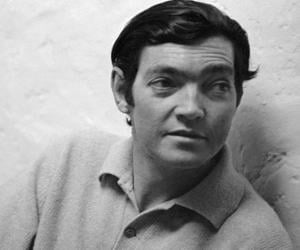 Nigerian Celebrities
Black Poets
Novelists
Black Writers
Black Novelists
Childhood & Early Life
He was born as Albert Chinualumogu Achebe in Nigeria to Isaiah Okafo Achebe and Janet Ilogbunam. He had five surviving siblings.
His parents had stopped practicing their traditional religion and had converted to Christianity. Therefore as a young boy Achebe was exposed to a combination of traditionalism as well as Christian influence.
Storytelling was a part of their rich Nigerian tradition and he grew up listening to the stories told by his family members.
He joined St. Philip’s Central School in 1936. He was a very bright student and appreciated by his teachers.
He was accepted into the highly prestigious Government College in Umuahia in 1944. An exceptionally brilliant student, he completed his studies there in just four years instead of the standard five. He loved the library and spent hours reading books by different authors.
He got admitted as a Major Scholar in Nigeria’s first university, the University College in 1948 and was also given a scholarship to study medicine. However his interest was not in medicine and he shifted to study English, history and theology, and lost his scholarship in the process.
He started writing while at the university and made his debut as an author with his article ‘Polar Undergraduate’ in the ‘University Herald’ in 1950. He also wrote numerous other stories, essays and letters during this time. He graduated from the college in 1953. 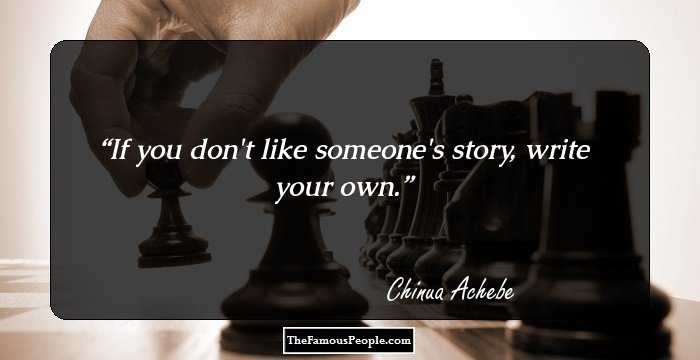 Who Is The Most Popular BTS Member?
Career
He worked as a teacher at a small school in a dilapidated building for four months. He encouraged his students to develop a reading habit.
In 1954, he got an opportunity to work for the Nigerian Broadcasting Service (NBS) in Lagos. His job was to prepare scripts for oral delivery. His experience there helped him in writing realistic dialogues later on in his writing career.
During this time he also began working on a novel. As a student he had been critical of the manner in which European writers portrayed Africa and its culture, and was determined to depict his culture realistically himself.
He was inspired by the works of the Nigerian writer Cyprian Ekwensi who was primarily an exception in the literary world which had seen few other notable writers from Nigeria.
He was appointed at the Staff School run by the British Broadcasting Corporation (BBC) in 1956 and this gave him the chance to go to London and get feedback on the novel he was working on.
After editing and revising his novel, he sent it to a London company for publishing. His debut novel, ‘Things Fall Apart’ was released in 1958. The book was well received, and ‘The Observer’ called it ‘an excellent novel’.
His second novel, ‘No Longer at Ease’ (1960) dealt with a man who gets entangled in a world of corruption and is arrested for taking a bribe.
He became the Director of External Broadcasting at the NBS and helped to create the Voice of Nigeria network. The network’s first broadcast transmission was on New Year’s Day 1962.
He attended an executive conference of African writers in English in Uganda where he met other prominent writers from around the world including Kofi Awoonor, Wole Soyinka and Langston Hughes.
Continue Reading Below
His novel ‘Arrow of God’ was out in 1964, followed by ‘A Man of the People’ in 1966.
In 1967, he along with a friend Christopher Okigbo started a publishing company called Citadel Press to promote better quality of African literature available to children.
He became a research fellow and later a professor of English at the University of Nigeria in 1976 and held this post till 1981.
He spent most of the 1980s traveling, attending conferences and delivering speeches.
His novel ‘Anthills of the Savannah’ published in 1987 was about a military coup in a fictional African land.
In 1990, he was involved in a tragic car accident that left him paralyzed from waist below; he would have to use a wheelchair for the rest of his life.
The disability, however, could not demoralize the courageous writer and he became the Charles P. Stevenson Professor of Languages and Literature at Bard College, New York.
In 2009 he became a member of the Brown University faculty as the David and Marianna Fisher University Professor of Africana Studies. 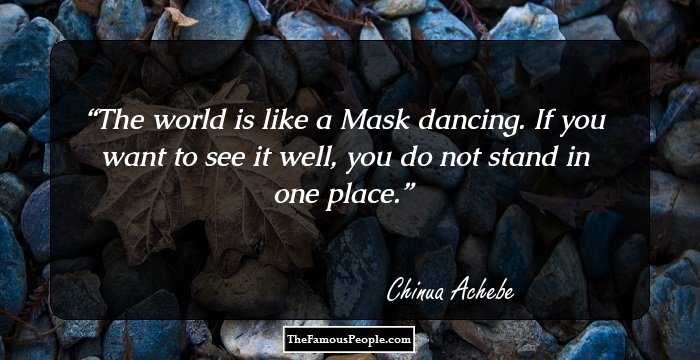 Quotes: You, Like
Major Works
His debut novel ‘Things Fall Apart’ is one of the first African novels in English to have received global critical acclaim. The book is widely read throughout the world and has been translated into more than 50 languages.
Awards & Achievements
He was presented the Man Booker International Prize in 2007 for his literary career. Judge Nadine Gordimer called him the ‘father of modern African literature’ at the Award ceremony.
He won The Dorothy and Lillian Gish Prize in 2010. The annual prize is given to “a man or woman who has made an outstanding contribution to the beauty of the world and to mankind’s enjoyment and understanding of life.” 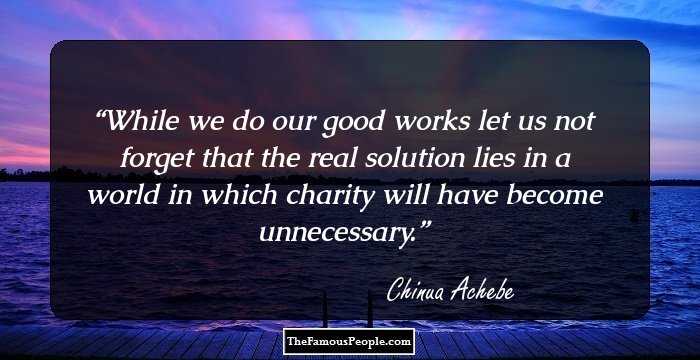 Quotes: Will
Personal Life & Legacy
He married Christie Okoli in 1961 and had four children. He went on to become a grandfather of six.
He died after an illness in 2013.
Trivia
He has received over 30 honorary degrees from universities all over the world.
Nelson Mandela cites him as one of his favourite authors.
You May Like

Quotes By Chinua Achebe | Quote Of The Day | Top 100 Quotes

See the events in life of Chinua Achebe in Chronological Order 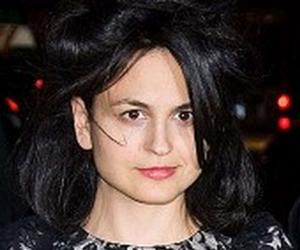