(One of the Best Actresses of Her Generation)
Advanced Search

Cate Blanchett is an Academy Award winning Australian actress and theatre director best known for appearing as Elizabeth I of England in the flick ‘Elizabeth’ and as Katharine Hepburn in the movie ‘The Aviator’. Besides her work in films, Blanchett has also enjoyed an extensive career in theatre and is a four-time Helpmann Award winner for the ‘Best Female Actor in a Play’. She first became interested in acting while in college but was confused about pursuing it professionally. She enrolled at the University of Melbourne to study economics but dropped out soon in order to pursue an acting career. She then flew overseas and took acting classes before landing her first acting role. Within years, she established herself successfully not only in her native country, but also on an international level. As of March 2018, she is the only actress to receive the Academy Award nominations for playing the same role in two movies (she played Elizabeth I in both ‘Elizabeth’ and ‘Elizabeth: The Golden Age’). Also, she is the only Australian artiste to receive two Academy Awards for acting. Australian People
T V & Movie Producers
Australian Women
Taurus Actresses
Australian Actresses
Childhood & Early Life
Cate Blanchett was born on 14 May 1969 to June and Robert DeWitt Blanchett, Jr. in Victoria, Australia. Her mother worked as a teacher and property developer while her father served in the United States Navy and later became an advertising executive. She has a younger sister who is a theatrical designer and an older brother who is a computer systems engineer.
Blanchett studied at Ivanhoe East Primary School and Ivanhoe Girls' Grammar School before joining Methodist Ladies' College. She then attended the University of Melbourne for a year before dropping out. In her late teens and early twenties, Blanchett also worked at a nursing home.
Later, she enrolled at the National Institute of Dramatic Art and graduated from there in 1992, receiving her Bachelor of Fine Arts degree. 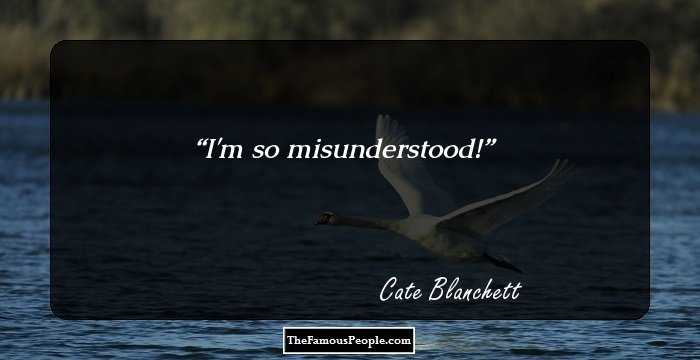 The Most Popular US Veterans
Career
Cate Blanchett's first important stage role was in the 1992 play ‘Oleanna’ that was staged by the Sydney Theatre Company. She also performed in a play titled ‘Electra’. After this, she played the role of Ophelia in the play Hamlet which was directed by Neil Armfield.
She then appeared in the TV miniseries ‘Heartland’ and ‘Bordertown’. In 1996, the Australian beauty acted in the short drama ‘Parklands’. Soon after this, she made her feature film debut in Bruce Beresford's flick ‘Paradise Road’ which co-starred Frances McDormand and Glenn Close.
Blanchett's first leading role was in the 1997 romantic drama film ‘Oscar and Lucinda’ in which she appeared as Lucinda Leplastrier. In 1999, she acted in the acting projects ‘Bangers’, ‘Pushing Tin’ and ‘The Talented Mr. Ripley’.
She was cast as Galadriel in ‘The Lord of the Rings’ film series, an Oscar-winning blockbuster trilogy directed by Peter Jackson. During this time, the Australian actress also diversified her portfolio with a variety of roles in the TV programs ‘Charlotte Gray’, ‘The Shipping News’ and ‘Bandits’.
In 2002, she appeared in the flick ‘Heaven’ that also starred Giovanni Ribisi. The following year, she again played a variety of roles in movies such as ‘The Missing’ and ‘Coffee and Cigarettes’.
In 2005, Blanchett played the role of Katharine Hepburn in Martin Scorsese’s film ‘The Aviator’. A year later, she appeared alongside Brad Pitt in the drama ‘Babel’ and with George Clooney in the drama ‘The Good German’
She played a cameo role in the British action-comedy movie ‘Hot Fuzz’ in 2007. Soon after this, the Australian beauty reprised her role of Queen Elizabeth I in the sequel ‘Elizabeth: The Golden Age’.
The actress next appeared as Col. Dr. Irina Spalko in the action-adventure flick titled ‘Indiana Jones and the Kingdom of the Crystal Skull’. After this, she once again co-starred with Brad Pitt in the film ‘The Curious Case of Benjamin Button’.
Blanchett then voiced Granmamare in the movie ‘Ponyo’ (English version). Soon after this, she and her husband became the artistic directors and CEOs of Sydney Theatre Company (STC). She then acted in STC’s production of ‘A Streetcar Named Desire’ which was directed by Liv Ullmann.
Continue Reading Below
In the year 2010, she did the war film ‘Robin Hood’. A year later, she played Marissa Wiegler in the action-thriller flick ‘Hanna’.
From 2012 to 2014, Cate Blanchett acted in ‘The Hobbit’ film series. During this time, she also did voice work for ‘Family Guy’. Blanchett did the films ‘The Turning’, ‘Blue Jasmine’ and ‘The Monuments Men’ as well.
In 2015, she starred in five movies: ‘Knight of Cups’, ‘Cinderella’, ‘Carol’, ‘Truth’ and ‘Manifesto’. Two years later, Blanchett starred in the play ‘The Present’ and in the flick ‘Thor: Ragnarok’.
In 2018, she will be seen in the ‘Ocean's Eleven’ franchise directed by Gary Ross. The movie series will also feature Sandra Bullock, Anne Hathaway, Mindy Kaling, and Helena Bonham Carter. 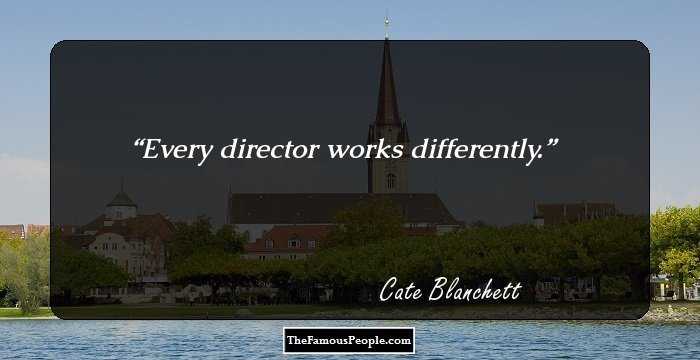 Major Works
Cate Blanchett gave her first ever high-profile international performance in the critically acclaimed movie ‘Elizabeth’. In this 1998 film, she appeared as Elizabeth I of England. Her role catapulted her to stardom and also earned her several prestigious awards including a BAFTA and a Golden Globe.
In 2007, she played the role of Jude Quinn in Todd Haynes' experimental flick ‘I'm Not There’. Her performance earned much praise and earned her the Golden Globe Award for Best Supporting Actress and a Volpi Cup for Best Actress from the Venice Film Festival.
Awards & Achievements
Cate Blanchett won the Academy Award for Best Actress in a Supporting Role for her portrayal of Katharine Hepburn in the flick ‘The Aviator’ (2004), making her the only artiste to win an Oscar for playing the character of another Oscar-winning actor. She won the Academy Award for Best Actress for her role in ‘Blue Jasmine’ in 2013.
In 2006, the actress was awarded with ‘Premiere’ magazine's Icon Award.
Continue Reading Below
She was given a Star on the Hollywood Walk of Fame in 2008. The same year, Blanchett was honored with the ‘Modern Master Award’ at the Santa Barbara International Film Festival.
She is also the recipient of the British Film Institute Fellowship for her outstanding contribution to films.
In 2012, the French Minister of Culture appointed Blanchett as a Chevalier of the Order of Arts and Letters.
She has also been presented with the Doctor of Letters from the University of New South Wales, Macquarie University, and University of Sydney for her amazing contribution to arts, philanthropy, and community.
In 2015, Madame Tussauds unveiled a wax statue of Blanchett. The following year, the United Nations High Commissioner for Refugees (UNHCR) appointed the American actress as a global Goodwill Ambassador. 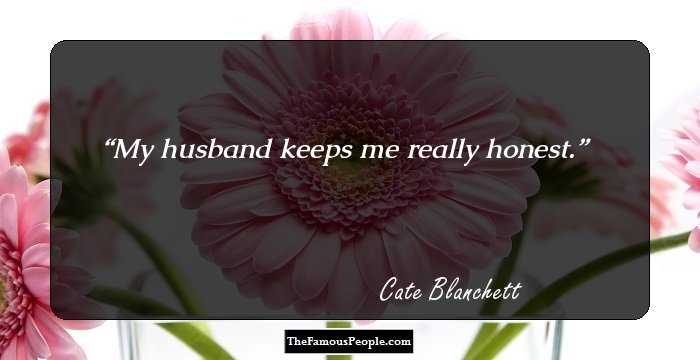 Personal Life
Cate Blanchett has been married to screenwriter/ playwright Andrew Upton since 29 December 1997. The couple has three sons as well as one adopted daughter.
Trivia
Blanchett is an ambassador and patron of the Australian Film Institute as well as its academy named Australian Academy of Cinema and Television Arts.
She is a patron of the development charity SolarAid and Sydney Film Festival.
She serves as the ambassador of the Australian Conservation Foundation.

Quotes By Cate Blanchett | Quote Of The Day | Top 100 Quotes

See the events in life of Cate Blanchett in Chronological Order