Cassie René Bernall was an American student who was shot to death during the ‘Columbine High School’ massacre. It was widely believed that Cassie was the girl in the library who was asked whether she believed in God, to which she had answered “Yes,” before being killed by Eric Harris, one of the perpetrators. A controversy evolved around the claims that Cassie was a martyr, as several witnesses claimed that the question was asked to another student, Valeen Schnurr, who survived the massacre. The fact was also verified by Valeen. Another witness, Joshua Lapp, said the question was asked to many and the answer probably did not dictate the fates of the victims. Although investigators and Cassie's friend Emily Wyant, who was hiding along with her under the same table in the library when she was killed, told Cassie's family that the question was not asked to Cassie, her mother, Misty Bernall, included the story in the memoir ‘She Said Yes: The Unlikely Martyrdom of Cassie Bernall.’ Cassie's family stood by its accuracy. While there are conflicting reports regarding the incident, Cassie’s presentation as a Christian martyr continues to inspire people across the globe. Kandeh Yumkella
DID WE MISS SOMEONE?
CLICK HERE AND TELL US
WE'LL MAKE SURE
THEY'RE HERE A.S.A.P
Quick Facts 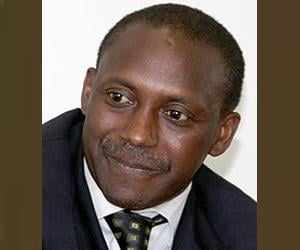 American Celebrities
Scorpio Women
Childhood & Early Life
Cassie René Bernall was born on November 6, 1981, in Wheat Ridge, Colorado, US, into the Christian family of Misty and Brad Bernall. Cassie grew up with her brother, Chris.

According to her parents, Cassie had started taking drugs and alcohol early in life. She became a rebel as a teenager and also developed suicidal tendencies at a certain point. Her parents resolved to enrol her at a new school, the ‘Columbine High School’ in Columbine, Colorado, to help her start afresh. Earlier, Misty had recovered letters from her bedroom. The letters were addressed to her friend Mona and mentioned Cassie’s idea of killing her parents and committing suicide.

Cassie later opted to visit a weekend church retreat. According to her father, Cassie returned from the church retreat as a different person. He said that he and his wife had got their daughter back. This happened 1.5 years before she succumbed to a gunshot during the ‘Columbine High School’ massacre.
She took part in church youth programs and ‘Bible’ study groups. According to her parents, who lovingly called her “Bunny Rabbit,” Cassie liked rock climbing in Breckinridge.
Continue Reading Below
The Columbine High School Massacre & Cassie's Death

On April 20, 1999, two perpetrators, Eric Harris and Dylan Klebold, twelfth grade (senior) students of the school, killed twelve students and a teacher, and injured twenty-four others, before they took their own lives. The massacre that made national and international headlines and triggered a moral panic in high schools in the US marked the deadliest high-school shooting in the history of the US at that time.

Cassie was one of the students who were killed on that fateful day. Emily Wyant, her friend and a witness of the massacre, who was present with Cassie in the library on that day, mentioned that they had been hiding under the same table. One of the perpetrators, Eric Harris, had slammed his hand on the table they were hiding under. He had said "peek-a-boo," following which he had shot Cassie. She was shot in the right side of her head, resulting in her immediate death.

Cassie’s family was informed about her death after a couple of days of the massacre. She was placed in a white coffin so that her funeral attendees could sign on it. Her pastor called her funeral a marriage to Jesus Christ. She was interred in the ‘Golden Cemetery’ in Golden, Colorado. Considered a martyr to the cause of Christianity, Cassie continues to inspire people across the world.

Cassie as a Christian Martyr & Controversy Surrounding It

It was believed for a long time that Cassie was the victim who had faced the fateful question "Do you believe in God?" from a perpetrator and was killed as she said “Yes.” One of the students of the school, Craig Scott, who was present in the library at the time of massacre, informed the investigators that during the shooting, one of the two perpetrators had asked a victim if the victim believed in God, to which the victim had replied “Yes.” According to Scott, he felt the voice was that of Cassie, although he could not see the person, as he was hiding under a table.

However, when investigators accompanied Scott to the crime spot (the library) later and told him to recollect at which particular spot he had heard the conversation, Scott showed them the spot where another student, Valeen Schnurr, had been lying injured with a gunshot wound and not the spot where Cassie had been hiding and was later killed.

Schnurr also verified the fact that while she lay on the floor of the library after being shot, Dylan Klebold, the other perpetrator who did not kill Cassie, had approached Schnurr. Schnurr had shouted "Oh, my God, oh, my God, don't let me die." Klebold had then asked Schnurr whether she believed in God, to which she had replied in the affirmative. When Klebold had asked the reason for such belief, Schnurr had said it was because she was a believer and her parents had raised her in that manner. Klebold had then loaded his gun again but had refrained from shooting her.

Joshua Lapp, another witness of the library shootings, mentioned that the question of whether they believed in God was asked by the perpetrators to many people and the responses received did not seem to have made the perpetrators decide whom to shoot and whom to spare.

The story of Cassie’s martyrdom was publicized by the media. It persisted for decades, representing Cassie as a Christian martyr and inspiring the creation of songs such as ‘This Is Your Time’ by ‘Grammy Award’-winning American musician Michael W Smith and ‘Cassie’ by American rock band ‘Flyleaf.’

In 2015, American politician, political commentator, attorney, and author Rick Santorum recollected the story at a ‘Republican’ presidential debate. He said that a young woman had greatly inspired the country sixteen years ago by facing a gunman at ‘Columbine’ and had thus declined to deny God while being challenged about her faith.

Cassie’s mother, Misty, wrote a memoir on Cassie’s life. The book, ‘She Said Yes: The Unlikely Martyrdom of Cassie Bernall,’ was published by ‘Plough Publishing’ and released on September 1, 1999, after a little over 4 months of her death. It peaked at the eighth spot and spent 5 weeks on the ‘New York Times Best Seller List.’

The book contains details of Cassie’s life, including her rebellion during her teenage years, her spiritual side, and her faith in Christianity. It also narrates the grieving process of her family in the aftermath of her death. Although the investigators and Emily Wyant had informed Cassie’s family that the question about God was not asked to Cassie before she was fatally shot, her mother included the story in the book. Cassie’s family also came up with a statement backing the accuracy of the memoir, mentioning that they had spoken to four witnesses who had told them that Cassie had defended her faith before being gunned down. The memoir, however, gives the readers the choice to take their own call on what happened on that fateful day.

See the events in life of Cassie Bernall in Chronological Order 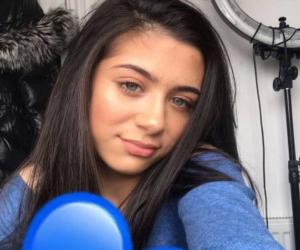 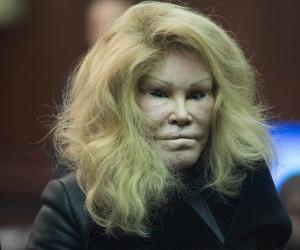