Eric Cowell is the son of television personality and entrepreneur Simon Cowell, who has judged several popular television reality series, including American Idol, X-Factor, America's Got Talent, Britain's Got Talent and Pop Idol. Eric was born to Simon and Lauren Silverman on Valentines Day in 2014. He has appeared on several television series, such as Britain's Got Talent and America's Got Talent, alongside his father. As revealed by Simon to several publications, Eric seems quite interested in following his footsteps and may work on his popular talent shows in future. Eric’s mother, Lauren Silverman, is a socialite and is often covered by various entertainment media houses. Eric has a stepbrother, Adam, who was born to Lauren and her ex-husband, Andrew Silverman. 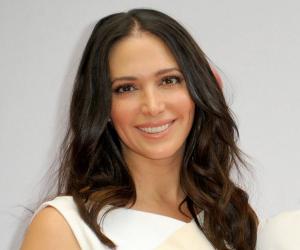 Jasmine Johnson
Continue Reading Below
DID WE MISS SOMEONE?
CLICK HERE AND TELL US
WE'LL MAKE SURE
THEY'RE HERE A.S.A.P
Quick Facts

American People
Aquarius Male
A Celebrity Right From His Birth

Eric Cowell has hogged media limelight right from his brith, courtesy his hugely famous father. Simon Cowell is so fond of his son that he has taken him to many of his television shows and interviews. In April 2017, Eric made his debut as a “judge” on Britain's Got Talent. The following year, he accompanied Simon to an interview segment with Loose Women. Eric next made a special appearance on Britain's Got Talent in April 2020, where he introduced Boogie Storm, a dance troupe. In March 2019, Simon Cowell shared a photo of Eric reading his favorite book ‘Come Find Me.’ In February 2020, Simon posted a photo alongside Eric while promoting a children’s book series named WISHFITS.

In 2018, Simon Cowell, while talking on the UK morning show This Morning, revealed his plans for his music empire and his son. Simon added, “I’m getting him ready to do my job.”

Eric enjoys reading children’s books and even carries a budding passion for writing. In 2020, Simon Cowell announced that he and his son are working on a seven-book series called WISHFITS. Eric is also not shy of facing the camera and enjoys tagging along with his father in various media events. While he is a much-loved young celebrity, Eric’s birth was surrounded by various rumors and controversies. Lauren Silverman was married to her then-husband Andrew Silverman when she became pregnant with Eric. In July 2013, Andrew filed for divorce from Lauren on grounds of adultery and named Simon Cowell as a co-respondent. Soon after, the reports of Lauren’s pregnancy started to come out and it became a subject of larger debates amongst various news and media houses.

In August 2013, Lauren and Andrew Silverman decided to settle their divorce out of court. Not long after, Simon Cowell came out and confirmed that Lauren was indeed pregnant with his child.

See the events in life of Eric Cowell in Chronological Order