Carl Ritter was a famous German geographer, who, along with Alexander von Humboldt, founded the modern geographical science. Empowered by his strength in subjects like history, theology and natural sciences, and inspired by Johann Heinrich Pestalozzi and Johann Gottfried von Herder, he became a Geography Professor at the University of Berlin in 1820. For him, Geography was an experimental science, thus he would engage in frequent fieldworks, observations and researches. He looked up to Humboldt and his writings for inspiration and guidance. However, unlike him, Ritter completely believed in God and taught his students how God’s plan was manifested in the harmony of man and nature. He presented a geographical interpretation of history and even long after his death his ideas continued to influence geographical researches in Germany. His great work, ‘Die Erdkunde im Verhältniss zur Natur und zur Geschichte des Menschen’ was intended as a world geographical study but was left incomplete at the time of his death. The first volume, published as early as in 1817, was on Africa and earned him his coveted position at the University of Berlin. Later in his life, he wrote more volumes, mainly on Asia. Although incomplete, the work consisted of over 20,000 pages in 19 volumes. German People
German Geographers
German Intellectuals & Academics
Leo Men
Childhood & Early Life
Carl Ritter was born on 7 August 1779, in Quedlinburg, Germany, as one of the six children of his parents. His father, F. W. Ritter, was a renowned doctor and a personal physician to the sister of Frederick the Great. His mother was a devoted Pietist.
Unfortunately, his father died when Ritter was still a small child. At the age of five, he was enrolled in the Schnepfenthal Salzmann School, an institution that focused on nurturing physical values such as a healthy body and an excellent character.
Gradually, he came into contact with some of the leading intellectuals of the period. He was tutored by the geographer J.C.F. GutsMuths who taught him the relationship between man and his surroundings. He also developed and maintained an interest in new educational modes, including those of Johann Heinrich Pestalozzi.
Continue Reading Below
You May Like

Famous Beautiful Women With Green Eyes
Career
After finishing school, a wealthy banker from Frankfurt, Bethmann Hollweg hired Carl Ritter as a tutor for his two children, and sponsored his education at the University of Halle. This was in 1798; he continued in the position of tutor for the next fifteen years.
Meanwhile in 1804, at the age of 25, his first geographical writing about the natural features of Europe was published.
In 1807, he met Humboldt for the first time and was greatly impressed by his resourcefulness in observing natural and human phenomena around the world. In 1811, he published a two volume textbook on the geography of Europe.
In 1814, he joined the University of Gottingen and studied geography, history, pedagogy, physics, chemistry, mineralogy and botany. He was a keen observer and eventually became a geographer and an expert landscape artist.
In 1817, he wrote and published the first volume of his major work, ‘Die Erdkunde’, which was intended to be a geographical study of the world. He was a firm believer in God and his writings often described the manifestation of God's plan on earth.
In 1819, he became Professor of History at the University of Frankfurt, and the next year he was appointed to the first chair of Geography at the University of Berlin. He was quite popular among his students and his lectures were attended in full house.
In 1821, he received his doctorate degree at the University of Berlin and was appointed Professor Extraordinary in 1825. He continued to work and lecture at the University of Berlin for 39 years until his death.
His work is a testimony of his active involvement in the major intellectual activities of his time such as the German Enlightenment, Romanticism, and the Biedermeier era. His work often resulted in intellectual debates and controversies.
Major Works
Ritter's most important publication, ‘Die Erdkunde im Verhältniss zur Natur und zur Geschichte des Menschen’ (Geography in Relation to Nature and the History of Mankind), was written intermittently from 1816 to 1859.
Continue Reading Below
‘Die Erdkunde’ not only explained the effect of physical environment on human activity but also established Geography as a proper science. Although it consisted of 19 volumes, it remained incomplete at the time of his death and featured only Asia and Africa.
The Berlin Geographical Society’s ‘Monatsberichte’ and the ‘Zeitschrift für allgemeine Erdkunde’ featured many of his writings during his lifetime. His other writings such as ‘Geschichte der Erdkunde und der Entdeckungen’ (1861), ‘Allgemeine Erdkunde’ (1862), and ‘Europa’ (1863) were published after his death.
Awards & Achievements
Along with Alexander von Humboldt, Ritter was the co-founder of modern geography.
In 1822, he was elected to the Prussian Academy of Sciences, and two years later in 1824, he became a corresponding member of the Société Asiatique de Paris.
In 1828, he established the ‘Gesellschaft für Erdkunde zu Berlin’ (Berlin Geographical Society).
In 1856, he was appointed curator of the Royal Cartographic Institute of Prussia.
Personal Life & Legacy
While studying at the University of Gottingen, Ritter courted and later married Lilli Kramer from Duderstadt.
He was an anti-slavery and anti-racism activist in Germany. One of his pupils, explorer Heinrich Barth, was commissioned by the British government to negotiate treaties in Africa to discontinue Trans-Saharan slave trade.
He died on 28 September 1859, in Berlin, at the age of 80.
In 1865, a monument was installed at the entrance to the Bruehl, in Quedlinburg in his memory. The Ritter Range in California is also named in his honour.
Trivia
He learned Greek and Latin so that he could study more about the world because unlike Humboldt, he was not a world traveller.
You May Like

See the events in life of Carl Ritter in Chronological Order 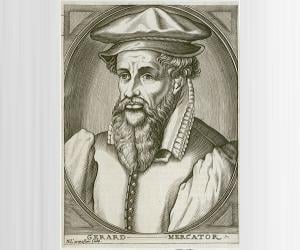